What had its extraordinarily idiosyncratic beginning in the London area in 2002 became artistically more and more solidified - and yet more smoothly interlocked - over the years. Thus, the courageous avant-gardists got their Progressive Black Metal until today to a firmly connected unity of cutting hardness, biting coldness, productive madness and undeniable artistic sense.

The new and fifth album „Flyblown Prince“ announces the successful striving of the formation for completely individual uniqueness in a crowded genre. I'm talking to guitarist Aort. 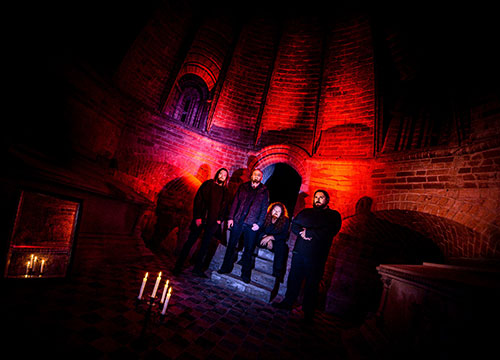 The first new Code album in whole 6 years - how does it feel for you? A 'rollercoaster' within?

„It has been a long time in the making and we have certainly poured our hearts and souls into this new record. Most of our albums seem to be the product of testing times during the writing and recording process and this album was no different. It is certainly good to have the album finally be released and even better to be completely satisfied with the result. No detail was left unattended.“

This time even with some theatric facets - which way did they found their way into the overall sound?

„To me, this album is probably less theatric than our third album ‘Augur Nox’. I would say that ‘Flyblown Prince’ is a more soul bearing and dynamic album and any theatricality is certainly not contrived in any way. We wanted this album to be as honest and raw as possible and the process it has taken many twists and turns thetas for sure.“

The unique style and also the moving magic of Code's music hasn't lost of its overwhelming artistry - what is still your very special formula to create this highly penetrating music?

„Over the course of our discography I think have created a sound that people can tell is Code. It is the combination of the way we write the music and the space that leaves for vocal interpretations - and of course the vocal variance on the top. We may have delivered our music in different ways but I still think each of our albums are uniquely Code. One of the main parts of the formula is to not consciously imitate other bands. Of course, due to the fact that we are fans of music, there will be influences that seep in but we do try to create songs that are reflections of our own personalities and as such I hope that we have a unique feel to our music.“ 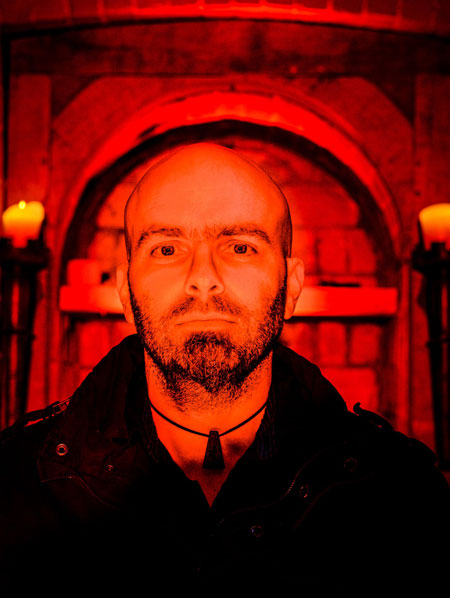 And there's true quality luckily inside all the doomy and deeply tragic, hungry swallowing atmospheres - it bears lots of pretty listenable stuff - who composed the lion's share of the new material?

„Thank you for your positive comments. The core of the music is always written by myself first, I create full demos without vocals which I then send to the other band members to develop their own parts. Having each of us able to impart our style on the music is incredibly important to prevent the music from becoming too stale. Vocally, this is 100 % in the realm of Wacian who has free rein to take the material in any direction he wishes.“

„The previous questions covers the writing element of the process. In terms of recording, we made sure that for each person’s elements, that at least one of us was on hand to review and provide suggestions and guidance. It can be easy to become numb to what you are doing if one focuses too intently so that outside view is sometimes very useful. With regards to the mixing process, we each made comments and review notes to make sure that every detail was balanced as it should be. Luckily after many years as a unit, we work very well together.“

„As I mentioned in an earlier question, we are very careful to avoid any obvious influences creeping in to our writing process. One element that has been a feature of the way I write music is that I spent a great deal of time getting the guitar sound I wanted right before I started writing any music. The type of guitar sound always influences how I write and so I wanted to make sure that what I was writing worked well with the guitar sound so nothing would be lost by switching that up during the recording process. Certain elements of the riff can be lost if the guitar sound isn’t 100 % complimentary so I made sure we completely avoided that risk.“

„I wouldn’t say so. It just took a long time to complete as it is a very involved album. There was never a period when the ideas weren’t coming but each song did take a long time to complete to make sure it was as good as it could be and that every riff and layer complemented each other in the right way. In the past I may have been a touch more cavalier but not this time. ‘Flyblown Prince’ is an album that is extremely detail orientated.“

In which position between more or less similar acts do you see your own band as one of the pioneers of avant-garde direction nowadays? 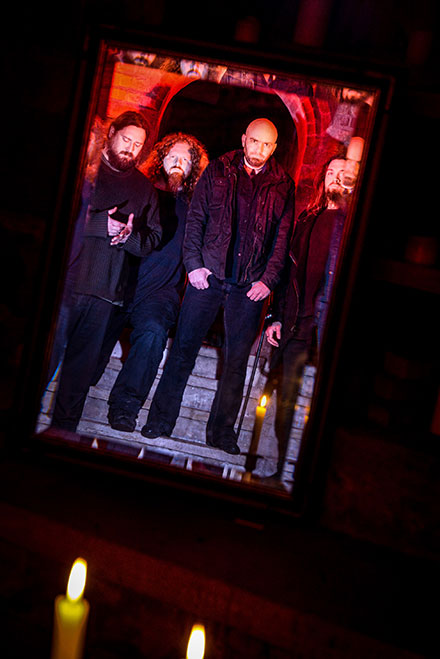 „Strangely, I tend to listen to more primitive Black Metal by choice in day to day life and I must admit that my finger is not on the pulse of bands these days that may be considered ‘avant-garde’. I think looking back, it is safe to say that the stranger side of Black Metal was some of the more notable influences. Bands such as Master’s Hammer, Unholy and of course Ved Buens Ende could be seen as influences although it is probably difficult to pin point any particular specifics. And again, although not a conscious influence, I can sometime detect elements of bands like Enslaved and Arcturus in our music but this is purely accidental. How we sit amongst the pioneers of this style is impossible for us to be objective about. I am probably much too self-deprecating to make any such claim.“

„By being true to ourselves I think we have sought to ignore external changes in the near 20 years of our existence. We don’t see creating music as a competition and both musically and lyrically, we are probably far too introspective to allow societal or music climate changes to influence how we create. We have never been a band about social commentary or politics and we have never tried to align to and follow music trends so none of those factors bear any real influence. We create by looking inwards rather than outwards.“

„I have quite a wide taste of music but I am also particularly picky so if I were to say that I am a fan of prog, it is mainly music created between 1969 and 1977, with some exceptions of course. But broadly, I have strong interests in Folk, Prog, Punk (particularly anarcho Punk), Jazz, chamber music, IDM and fusion to name but a few genres. If music has an edge to it and is not too safe, I am usually at least partially interested.“

„Thank you for your questions and for taking the time to talk to us. We really appreciate your support. To your readers, please do check out ‘Flyblown Prince’ and feel free to contact us through our social media platforms. Hails.“