When the 1966 born Zachary ,Zak' Stevens in 2000 got off at the success giants Savatage, the US American wants known henceforth devote only his family.

But for this intention the dearly passion of the vocalist for Heavy Metal by itself stood massive in the way: straightway creative realized with Circle II Circle.

The initial help of his former Savatage fellows Jon Oliva and Chris Caffery came for Stevens although very useful, but over time Circle II Circle were more and more on their own artistic feet. How much, that proves the vocalist with his band on the new and already fourth studio album, „Delusions Of Grandeur”. Zak answers the questions. 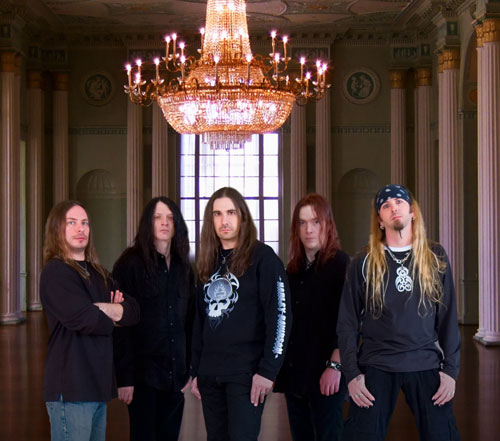 Please bring the song writing process of the new songs a bit closer!

„It was pretty much exactly the same process we used on the last album Burden of Truth. The music usually comes first, then we finish the arrangements and I add the vocal touches and the lyrics. It’s a pretty basic approach actually.”

Please provide examples of ideas that you have had for the music of Circle II Circle!

„I think „Delusions Of Grandeur” has an added element of speed and aggression that we haven’t really explored much in the past. There are also some signature piano ballad type things that we always have. We’ve added the additional element of a type of Southern Metal Rock sound on this album that we’ve discovered. Probably because everyone in Circle II Circle is either from or lives in the Deep Southern region of the United States, and now this is showing through in our music.”

Please tell something about your proudest achievements in the new music of the band!

„I think it’s that this album was the most all around team effort we’ve ever had in terms of collaboration within the guys in the group, both musically, and in the studio mixing, etc.”

„A solid line-up is important to have and keep. Also, there just has to be a lot of camaraderie in the group with no strange personality problems to deal with. The most difficult thing about being a Rock band is finding the right group of members that are in it for the long haul and that can get along.” 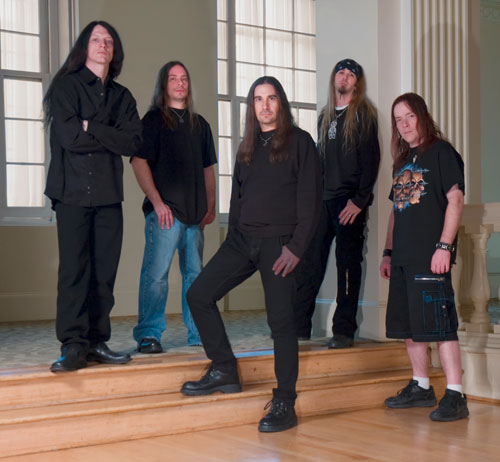 Why do you make this kind of music?

„I just like the loud volume and the high energy of this type of music. I think real Metal has to be played well, loud, and have the raw power necessary to bring the crowd to a high energy level.”

„I’d like to be making music and maybe by that time producing other groups that are looking to begin their career with some powerful albums.”

What is your ideal song?

„I like a song that tests vocal range and has a powerful chorus. I also like a kick as guitar solo here and there as well.”

„It’s very confusing right now. But I do like the fact that all the traditional Metal bands are back out on tour to hold the torch for upcoming bands like Circle II Circle! This is our time and we o feel it rapidly approaching because the younger kids want to hear what “real” music is like for a change.”

„We’ll just continue experimenting with our sound as we always do. We’ll also be looking outside the box with creating modern music and arrangements while keeping the music true to our traditional Metal roots.”

Please tell about a time where you had to deal with conflicts in the music genre!

„Look, the music business is always tough. There are always unforeseen obstacles to conquer at every turn. There is really no easy day in the music biz.”

Why should buy listeners the new CD of Circle II Circle? 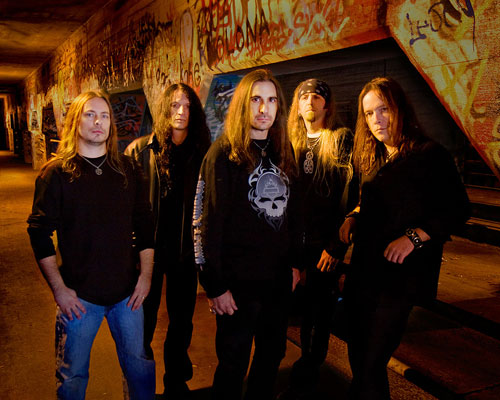 „Because the songs are strong, the music is powerful, and the music create a very interesting aura song after song.”

„I think we can present a wealth of talent at all positions in the band. The vocals have are distinct and identifiable, and all the guys do a great job with all the instrumentation. I’m very proud of all the guys in the band on this album.“

When were you most satisfied in Circle II Circle?

„Right now we are the most satisfied we’ve ever been since we started the band. The moral is really high in the band right now and for good reason.”

What spiritual ways in life are you still seeking?

„Right now I’m taking nothing for granted. I’m assuming nothing. I’m seeking to listen and understand before commenting. Stuff like that…”

„Just to continue to be able to do things like music that I enjoy. And to watch over my daughters growing up every day and to have them learn from my mistakes so life is easier for them. Thank you very much for the possibility of the dialogue, Markus!”