Once they made their sound with an avantgardistic approach, started in 2001, inspired by such Post Hardcore acts as Neurosis and Breach. 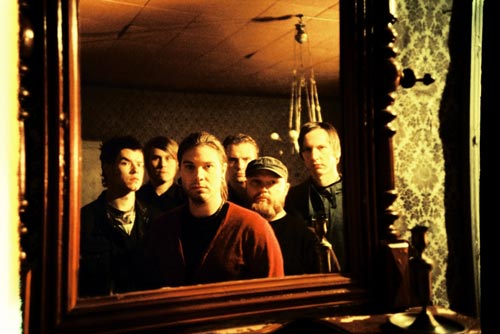 „Maito (milk). Of course it´s not solely Finnish but here people drink it with main course all the time and it is the best drink for that purpose, if you ask me.“

Which CDs are mostly in your player currently?

„Mastodon - ,Crack The Skye‘, Sufjan Stevens - ,Michigan‘ (along with all his other releases but recently especially ,Michigan‘), Von Hertzen Brothers - ,Love Remains The Same‘, Zu - ,Carboniferous‘.“

Your new output „Providence“ - what's behind all this? With which expectation(s) have you begun on writing music for it this time?

„We don´t really think of expectations, neither people´s nor our own. I guess we always just let the music stream, so whenever you feel like writing then you do it. We observe the results afterwards, and it is not before than at this point (as the record is out) when we become aware of what kind of expectations people have had to the new album. Of course the process takes a lot of work but we try to act in as natural way as possible, without considering new directions beforehand.“

Are you guys happy with the results of the new songs?

„Yes, we are. We are happy with how we were kind of reborn as we introduced clean vocals to our music. You don´t have other options than create music you find interesting to yourself, regardless of people´s expectations. In general, as an artist you always find all kinds of small issues you could have done better or differently but I´m sure we could not have improved much more with the resources we were given. The overall feeling is important, meaning how you generally feel about the album afterwards, and this feeling is now clearly positive.“ 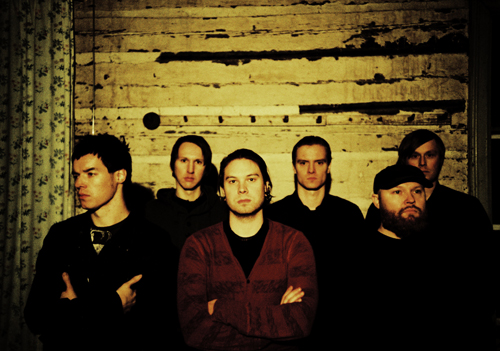 The new release „Providence“ - what's your own view about?

„In my opinion it is a natural step forward in the long term process of taking our sound further and further, not creating similar albums time after time. To keep things interesting to ourselves we want to explore different ways of expressing things through music.“

In which studio did you record the music for the new release? How did run the recordings?

„The tracks were recorded live within four days in Studio Mankku, Magnusborg mansion, Porvoo, Finland. Vocals, additional instruments and overdubs were taken care of within ten days in Victory Audio, Kokkola Finland. The recordings went fairly well if you think of the fact that this was our first time to record live, all guys in one big room. We found this method very interesting - you could immediately hear the mood of the take as you went into the head control room after recording two to three hours one song.“

Who or what influenced the writing of the new lyrics for the record? With which topics do they deal, what are they all about?

„The lyrics were contributed by almost all members of Callisto, each writing one to three songs. There are some common themes like striving to get back to simplicity in the middle of all this hectic western world lifestyle, to respect basic values and to trust God in spite of all. The album title "Providence" refers to this, as well.“

What do you want to tell the listeners with the new lyrics?

„We don´t necessarily try to tell anything - it is up to the listeners what kind of things they want to digest and explore. The lyrics were written from a personal point of view, influenced by how we see the world and everything behind it. They are about our personal views and visions on the world and what´s wrong with it, God, everything. I´m sure the listener is able to reach the clue if he/she is willing to give it a thought or two.“ 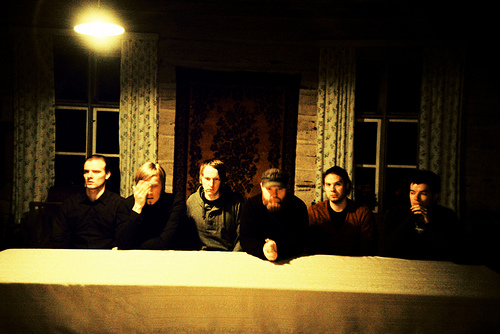 Does the new album stand for a concept release?

„It´s not quite a concept release but there is a loose theme, a logical line going through the album. The title "Providence" covers this theme - whatever happens you can always trust that things will go how they are supposed to go. However, all the tracks work just fine as individual songs, too.“

What is your point of view about nowadays genre bands which do mostly anything (even change the style of music) just to become and stay popular?

„As I said earlier, I think the most important thing for any artist is to create music that feels natural to himself. Music that has a source somewhere deeper, without influences from the "outer world". If you start to think what needs to be done to get/remain popular, then you are deeply lost in the forest of disrespect of self.“

What do you think, why so rare bands are able to play really good music meanwhile? Is it a question of the broad range of inner views and feelings?

„Well, how you define 'good music' is always subjective. Anyway, I think it has something to do with finding your own sound. I believe that whatever kind of music you play, you are able to win people behind you if you have naturally found your own way of making music. You can still have lots of influences from other artist, but as long as you have something pure, sincere and completerly characteristic to yourself in your soup, you can say you are on the right trail.“