With murderous mighty crashing energy-pushes, noticeable high voltage loaded, the new studio album of this incurable Texan Rock'n'Roll-junkies can quiet electrify in accordance to its title.

Accordingly „Electric” entitled, this so lovely dirtily produced lust-for-life-silver-disc animates the senses of Boogie Hardrock fetishists with enormous musical freshness. It is a true feast: that churning construction-mixture of the riot-quintet coming out of Austin around power throat Jason McMaster sounds almost so, as would have AC/DC yet pounds of pepper in the ass. Latter is, as one know, since so some years already no longer the case unfortunately.

Therefore Broken Teeth coming in the nick of time, with its enthused accords at unforgotten branch specialists such as for example Rhino Bucket, Dangerous Toys, Dirty Looks, Nevada Beach or The Poor. I spoke with McMaster, who still is a real Rock'n'Roll rebel, a bit about the new album release.

Jason, how´s it going for you there in Texas currently?

„Texas has always been my home. Its great, and I have created great music, seen a lot of incredible shows and concerts. My life is here. going well, and the music scene here is changing all the time. Right now specifically in Austin, there is a great ropund of killer Rock and Metal bands breaking through here.” 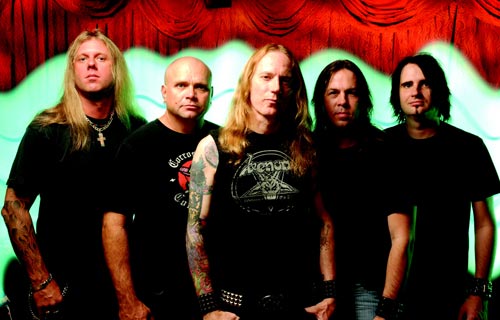 And how do you spend your daily life?

„Same as most, a couple of part time jobs, I teach vocals at the paul green school of rock, and I work at a music store selling CDs, mainly metal and rock, I write songs and tour, and record. I am a busy person, but, I love what I do.”

Have you been very busy lately with the work on the new album „Electric”?

„We have been promoting the record for a while here in the states, only by the way of touring, the CD is not actually out in the states until early year, much like the Europe, people wont see it on the streets until late Jan. 2008. We are feeling good that the Rock fans here are excited about "Electric" as well, they are proud that we are to tour Europe and represent Texas Rock'n'Roll there.”

Are you satisfied completely with it so far?

„Yes, the record has been finished for a few months, and the advance copies have been serviced a lot of magazines and some radio, of course in Europe, but in the states as well. The response has been fantastic. Some reviews have been posted at our website, and or can be found online. Some recent interviews as well. I have done a few interviews this past week for UK mags, and European Metal mags on the phone. I expect that to help people hear about Broken Teeth and the new CD, "Electric".”

Which is still your main focus in your music?

„The "Electric" release is my main focus, Broken Teeth is my main focus. It has been a blast doing this band on every level. A lot of fun, and a lot of energy. I think this one definitely underlines the ideas behind being a Rock and Metal fan, as well as finding and promoting the basics of what real rock n roll should be about. This is the entire focus of Broken Teeth.” 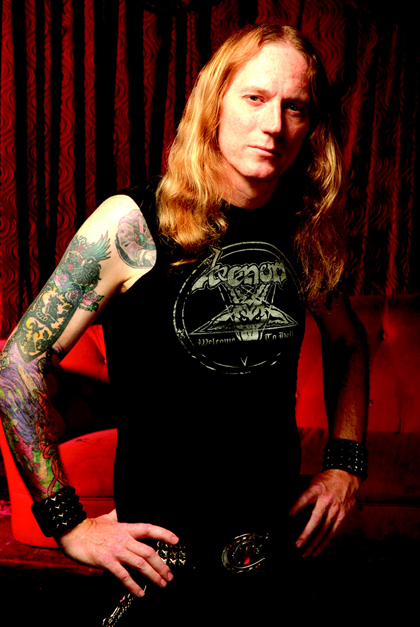 What can you tell about the chemistry between the involved ones currently? Line-up news?

„The band was started by me and Paul Lidel (Dirty Looks, Dangerous Toys) in 1999 on Perris Records. It has snow balled into what it is today. Paul left the band two years ago because of our grueling touring schedule. The line-up now is solid, we have all known each other for a long time, and know each others prophecies about what real Rock'n'Roll is. We write well together and play well together. As long the fire and the attention to detail is there, we will always make great Rock'n'Roll records as Broken Teeth. The band is Brett McCormick on bass, Jared Tuten and David Beeson on guitars, and Bruce Rivers on drums beside me.”

How good have been the worldwide press feedbacks for your last albums so far?

„So far so good. You expect at least medium to light hearted reviews about being a basic Rock band, so, we are surprised and happy that the presskit is growing with great reviews from past releases as well as the new CD. Not everyone understands what it is we are truly trying to revive with this style of Rock/Metal, but that´s not for us to decide who needs to like it or not. We are appreciative of anyone who has a say in what they love or do not love about the music they live and breathe as a true fan.”

At the time, which topics inspired and/or motivated you for the new album? I personally hear a mix out of AC/DC and Rhino Bucket out of „Electric” currently.

„Well, the band started out as a sort of Biker Rock, AC/DC and Motörhead style of bluesy Riff Rock, with the purpose of just a studio project. Then soon the release of the self titled CD started to sell well enough, that we need to round out a full band to start playing live. The influences are to be worn on our sleeve, to be honest about what it is supposed to be about. If we get pummeld and ridiculed by press, or Rock/Metal enthusiasts by being so honest, I believe thats ok. As long as they can at least see where we are with the plan. We love the institutionalized bands, Judas Priest, AC/DC, Motörhead, bands that are staples in history, for being simple and to the point, to celebrate the energy and release and evoke emotions with hard and loud music in celebration. This is a lifestyle and not about material reward or personal gain. To be so simple, for so long, only using just a few chords on guitar, one note bass lines and screaming demon vocals to be that nasty piece of work and to be dangerous about it, is the reason we are even here. The bands I mentioned before have done that, and created careers based on that, whether they know it or not. The longevity has been ruled on how simple but ceremonious Meavy Metal should be. It´s not something you just decide to do, or get into one day, it attaches itself to you, and it belongs to you.”

What to you is most inspiring?

„Hearing bands that I love, over and over again – it is still like the first time, I feel at one with the bands I am a fan of. Being a Rock fan before songwriter musician is important to me. It´s inspiring to hear new bands play the style that has been revered as an institutionalized sound. Right now, I am very much into the "Running Wild' record by Airbourne.” 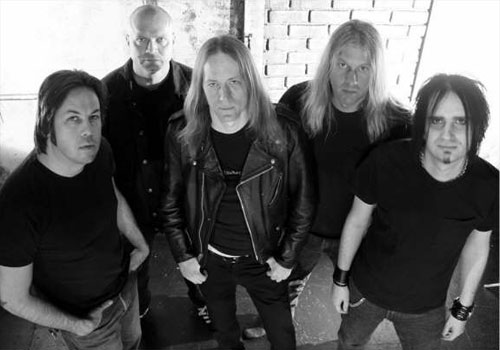 When you first conceive a song or a riff for Broken Teeth, is your starting point a boundary or a direction?

„I always make sure it has fire and energy. I dont write ballads for Broken Teeth. Sometimes it´s a lyric idea and has attitude, or has a twist on it. Sometimes the riff is more important than the lyric. If you end up writing one of those monolithic huge blasting guitar riffs like Judas Priest or Iron Maiden, that can and will be the entire reason for a fan to site that as his or her favourite song. If you are anywhere near a classic riff that is huge sounding and conveys power, the lyric will always be secondary to the riff, and that´s fine. But it starts somewhere between the guitar riff and the clever lyric.”

„The Airbourne record is great, as I said, but my main love as far as rock n roll has been for the past few years, Danko Jones, all material. I must say. I am rediscovering old Rock'n'Roll, like Moxy and Riot, North American bands that I have had records of for all my life, who I am starting to listen to more and more. I grew up with all the real Metal bands like I have mentioned earlier as Judas Priest and Motörhead, but, I still worship old Kiss, and Ufo, Thin Lizzy, and even older Elton John material has always been a major influence and musical inspiration for me.”

„My only hate would lye in the ways that society will never understand the true Rock fan, and how devoted Rock fans are to their personal favourites. The song and music, and then that Rock fan to be made fun of by his or her school mates or moral majority for believing in something that is mainly just a form of art, yet what is life and business without art. You cannot be successful in anything being a cold non music lover and live a happy life with something besides numbers, physical strength. Sounds and words of wisdom shall always be a guide for a Rock fan. Not much else.”

Worth to mention s plans for the future?

„To tour Europe more than once in 2008, to revive the Rock fan that buys a concert ticket, buys merchandise from the band at the show, a tour-shirt with tour dates on the back, that they can say, "I was there", then they continue thru the venue, to the stand in the front row, to sing the words full volume, with both fists in the air, headbanging gloriously, celebrating life with loud vigorous Rock and Heavy Metal, making their voice heard, because that fan knows they belong to something special, a tribe, a congregation. Heavy Rock music is for outcasts and nerds, geeks and gimps. It is the unsung hero of a long line of generations. This is what I live for. Amen.”