Lifted in 2011 as a formation from the unholy baptismal font, these conspiratorial nostalgics quickly developed their own and homogeneous style.

After a first major sign of life in 2014, the four dark men from the Ohio River in West Virginia now releasing the debut album „Black Magic“ into the cloudy night sky. For this, Brimstone Coven have created ten far-reaching songs.

Unaffected pieces, full of earthy groove, have emerged, crowned by three-part choral singing. Captivating Dark Occult Rock with atmospheric nuances and some psychedelic finesse. I speak with bass player Andrew D’Cagna, who recorded the songs at his own Sacred Sound Studios in Ohio. 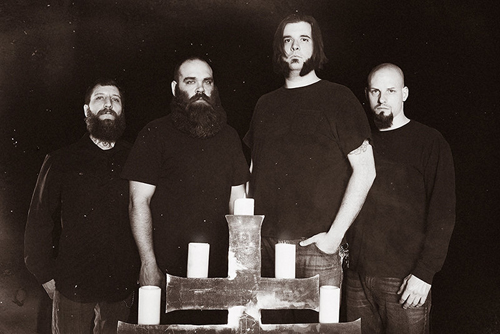 How do you feel now, after having finished these new collection of special songs for „Black Magic“ finally?

„We feel really good about this new recording. It’s our first official release for Metal Blade specifically, so the stakes were high for it. It all came very naturally though, we didn’t have to force anything or it to come out dark and creepy sounding. The songs are darker than the last release, so it actually sounds darker.“

„I couldn’t agree more. Until now, we had just been using chronological numbers for our record titles. But when Metal Blade picked us up and released our first two recordings as one album, all that changed. We felt it would be confusing as to the listener if we called this one “3”. So we had to think of something.“

Who out of the band had the idea for it basically?

„As we were just talking about, we needed an idea for a title. Corey suggested Black Magic. We all agreed it was a good choice. It was simple and catchy, and of course one of the songs is called Black Magic as well. It’s also the first song on the record. When we started playing the song live a lot of people have said it’s their favorite Brimstone Coven song.“

Do you celebrate your very own ‚black magic‘ sometimes in your head?

„Let’s think about what Black Magic is, shall we? It is a supernatural power that is used for evil purposes . You could also say the same thing about music. I for one truly believe that music is magic. It has a power that moves you, compels you. It’s intangible, it cannot be explained. There are also some people who believe that music is evil, because of its powers of possession. So in a way, Black Magic is kind of a metaphor for our music, and all music!“ 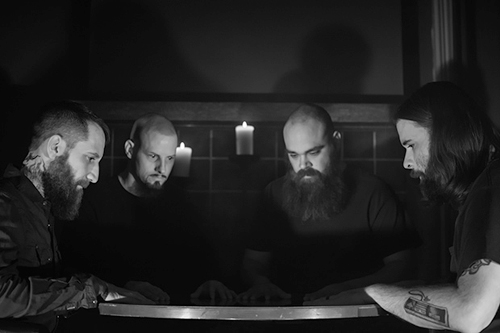 Please tell about most important or most representative lyrics of the album!

„All of our songs have different meanings. The title track is about a black mass ritual. ‚Black Unicorn‘ is rather self-explanatory! ‚Beyond The Astral‘ is about astral projection. ‚Upon The Mountain‘ touches on ancient Pagan mythos. ‚As We Fall‘ is about death. ‚Slow Death‘ is about an evil woman. ‚The Seers‘ is about doomsday prophets. ‚The Plague‘ is about the Black Plague. ‚The Eldest Tree‘ also touches on old Pagan beliefs.“

Be so kind and describe the main musical character of „Black Magic“ with your very own words!

„The word that keeps coming to mind is dark. Although there are some faster/upbeat songs onthere, it’s not a very cheery or happy sounding recording. It is eerie sounding through and through. To me, all the songs complement each other and flow together very well.“

For which musical ideals does stand the new record?

„Corey is the main songwriter, and he is influenced mostly 60s and 70s music. A lot of heavy Blues and Acid Rock. He is always turning me on to amazing obscure bands I’ve never heard of before. Everything from Atomic Rooster to Sir Lord Baltimore. These bands were definitely ahead of their time.“

The material on „Black Magic“ - what is the most important thing for you?

„I would say the most important thing about it would be the music itself. The songs are a progression compared to the previous album and that is paramount to us. It doesn’t matter how many songs you write. If they aren’t quality songs that rock then they aren’t worth a damn.“ 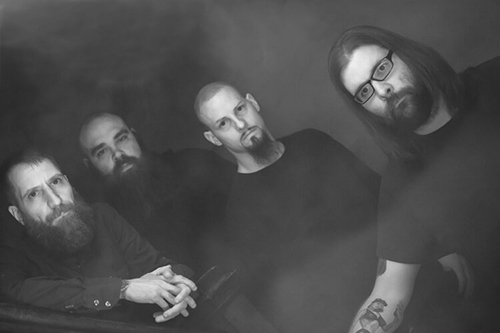 What counts most for you in making music with Brimstone Coven?

„What counts the most to us is the brotherhood that making music together brings. We are musicians but we are also good friends, and that to me is priceless. It is easy to make great music when you get along so well. Even if we weren’t in a band together, we would still hang out with each other.“

Who wrote most of the new songs for „Black Magic“?

„Corey writes 99.9 % of the material. He will make demo recordings at home and perform all of the instruments and vocals. He then gives the demo songs to us and tells us to listen and make any changes we would like. But most of the time the songs sound perfect as-is and don’t change a thing.“

And how was it to unite everything to a good, matching, homogenous experience?

„The recording went very smoothly. Nothing gave us too much trouble. The most difficult song was probably Slow Death, simply because it was written just before we began recording. Because of this, we didn’t have much time to rehearse the song and work out the muscle memory.“

How long did the whole songwriting process for „Black Magic“ take?

„I would say that all ten songs took about 9 months to compile. We normally work on songs one at a time. And it normally takes 2 to 4 weeks of rehearsing a song before all the kinks get worked out. Of course, some songs take longer than others. Some come together easy, some don’t.“