Experience has shown that it is very rarely that a publication from the more extreme Metal area radiate such a huge appearing and superbly aesthetic level, as it‘s the truly amazing case with „Urd“.

But the great Norwegian visionaries Borknagar create again and again since some years giant musical monuments which set fans all over the world sheer in trance.

The latter is primarily due in part to the fact that guitarist, band founder and main composer Øystein G. Brun still looks artistically very far beyond the horizon.

Such an interesting and mysterious sounding album title one don't read all the days. For the new studio album „Urd“ now the Nordic free thinker Brun moved with its consistently fit group even further in new aural spheres than ever before. 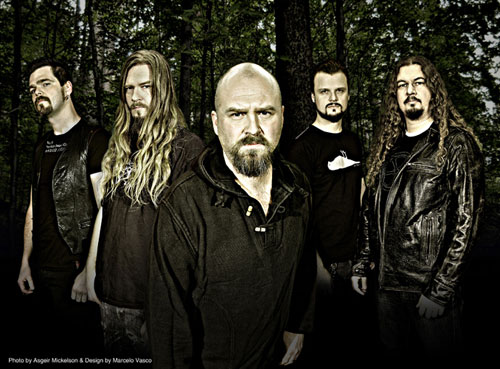 Hey Øystein, about the bonus track „My Friend of Misery“ for the digipak edition of „Urd“ - do I speak here with a dedicated fan of Metallica?

„Well, I used to be a big fan of the band back in my youth and of course albums like “Ride The Lightening” and “Master Of Puppets” are musical milestones in my life. I am not the only one I guess... haha... Actually I lost abit of the interest in the band when they released “...and Justice For All”, which I thought was really boring back then. But on the other hand I have always had the uttermost respect for the band and especially James Hetfield’s songwriting. That man is a genius when it comes to making riffs. We did the cover version of “My Friend Of Misery” because Metal Hammer in Germany wanted to release a 20 anniversary CD celebrating “The Black Album”. Luckily we got to do “My Friend Of Misery” as that is by far my favorite song from that album. It turned out good and we decided to have it on the limited version of our new album.“

How long did last the whole songwriting process for „Urd“?

„To actually write the basic riffs and arrangements doesn’t take so much time really. I think I used about two months to work out the framework for my share of the album. Actually the most time-consuming part of the process is to do the final arrangements and to produce the album. And that’s where we spent most of our time and effort this time around - to polish the pieces of coal into a diamonds.“

Be so kind and explain the title „Urd“ and the lyrical background of the new album release! 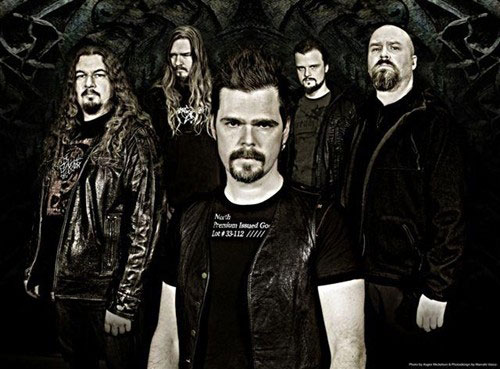 „Our previous album “Universal” had a very broad, maximized and (obviously) a very universal approach in many ways. With “Urd” we wanted to turn the head back home to earth to have a more close-up and introvert approach, so to speak. The last couple of years I have read allot about the late Norwegian philosopher Arne Næss, whom established his “deep ecology” ideas. His ideas both correlates with the basic Borknagar approach and definitely inspired me/us - his work gave me some new input. It also gave me an idea about turning the head back to earth, so to speak, and work our way back into the “cosmos” of our very earthly existence. We wanted an album title this time around that reflects all musical and lyrical content of the album - but also the summing up the history of the band - almost like a spearhead. Also we wanted to have a title that had a very clears reference to our pagan roots. The title “Urd” represents all these aspects. It has a very Norse sound to it and the name derives from northern mythology. In northern mythology “Urd” is one of the norns that weave the lifeline of mankind. In short terms “Urd” represent the past. The three norns weaving the lifeline of mankind can be understood as a primal analogy of what we today know as the DNA-molecule. As an example I find it very interesting, in a philosophical perspective, that our DNA derives from the very beginning of time. Just thinking of that makes my jaws drop in the same way as counting stars on the sky. So we simply wanted to head back home to mother earth and dig into the very existence man vs. nature.“

Please reveal the most important personal content to your mind among the lyrics of „Urd“!

„Already mentioned some personal ideas in the previous question. Generally speaking it is all very personal. Our music is about honesty and being as ethereal as possible, but we are more raising existential questions that giving any answers. In the end of the day it is all about life and death, and pondering about these things. My beloved grandmother died a few years ago and just before she died my wife gave birth to our son. On one hand the greatest happiness you can imagine and on the other hand the deepest sorrow. The circle of life.“ 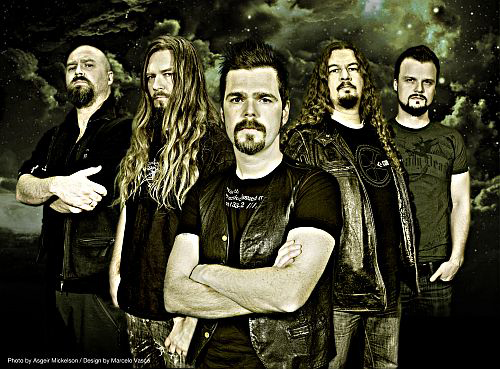 The new compositions seem to include some Black Metal elements again. How they came in?

„Musically there has always been a core element of Black Metal in our music. So this came rather natural, so to speak. But on the other hand we have always strived to be more than just one limited musical tag. It’s important for us to incorporate all kinds of music that appeal to us and build our own musical universe. I have always tried avoiding all kinds of musical presumptions and limitations - just the feeling that we basically can do whatever we want to musically being a high valued notion for us.“

The new songs are filled as usual with many very interesting ideas. Any important details about the songwriting to mention? Please report the way how the songs became what they're!

„So you want our magic formula? Haha… no, seriously it is all about hard work and of course some years of experience. We basically just follow our instincts and plain gut-feelings and try to make the best of it. But the key word is by all means hard work and even more hard work. Just ask my wife…haha... But nowadays everybody in the band has really nice studio facilities, so we are able to work as much as we want and when we want. Obviously this makes the process easier and instead of spending time on travels and all that crap, we can spend all our “band time” on the actual music, by our own convenience. I usually write most of the material and prepare some pre-productions in my studio. Then I send the material to the other guys and we start to work on the songs as a unit. This is the stage of the process we use most time actually, to arrange and produce the songs as a band. You might say that I make the scratches for the songs and we altogether make the “picture” nice and colorful.“ 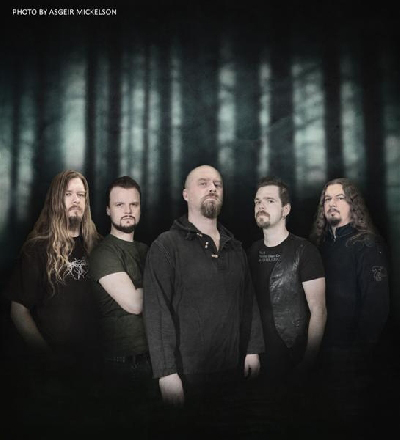 Which marks the biggest musical power on the new album „Urd“ in your personal opinion?

„The dynamics and the production, quite simply. For the first time we have been able to pull off a production that serves the music good. Earlier I have always had a notion that we had to compromise our music due to production. Not necessarily bad production, just not good enough.“

Who was the main songwriter inside the band for the new songs? Does exist a main lyricist?

„Well, I guess I am still the main composer and lyricist as I write most of the songs. But still, the other guy’s really do their share as well. Vintersorg, Lars and Mr. Vortex contributed with songs and lyrics this time as well, and I think their contribution are immensely great and makes the album even stronger. So it is most certainly not an ego trip.“

The line-up of Borknagar: How you proofed guys did manage it to became the cooperation together once more so fruitful and productive?

„Great friendship and common passion for creating music, share and simple. We had a really great and creative ride creating the new album; something I hope will last for ages…“

Which has been your most lucky moment with the band during the creation process of the new album output?

„Being able to mix the album in Fascination Street Studio. I have worked in allot of different studios and with allot of different peoples throughout the years nothing comes even close to what Jens Bogren is able to do production wise. He is a true wizard and a pleasure to work with, definitely the highlight!“

For what do you looking for mostly in 2012 with Borknagar?

„Getting the album out there for the fans to listen, I think some jaws may drop. At least I dare to think so… haha… Hopefully we’ll be able to pull of some great gigs as well. So I am really excited!“