In fact the music of these Norwegian talents gets more interesting with each release. The greatest news here is surely, that from now on the well known artist Vintersorg is handling all the lead-vocals in Borknagar.

His tremendous and natural used voice is without any doubt bewitching and truly ear-catching. After a listening session of the new tracks on „Empiricism” I couldn‘t wait any longer to interview the band. Guitarist Øystein G. Brun. answers some questions.

„Just now we are waiting for the album to be released. We have started to do some interviews and there is more to come I guess… he, he… We are also currently trying to achieve an overlook of the tour/live possibilities. Most likely there will be some touring early or mid next year. The current line-up is by far the best constellation we have had as a band! When Simen (Vortex) quit the band short after the release of `Quintessence` he was replaced by Vintersorg. In addition to that we got a bass- player to optimise the rhythm section of the band, namely Tyr. He has been involved with bands like Emperor and Satyricon. But rest of the members have been constant since the release of “Quintessence”. I believe and hope the current line-up will last for many, many years!” 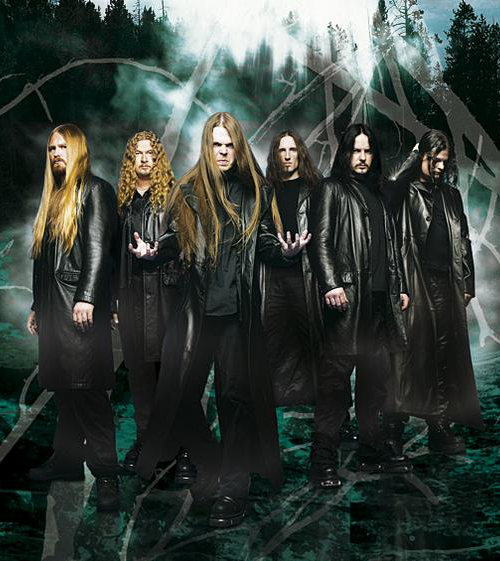 The Scandinavian six-stringer feels pretty good regarding the press results about the release of the new album at the moment.

„To be honestly I have a very relaxed attitude when it comes to these things. It’s always nice with some feedback on our work and indeed if they are positive. But as long as I am satisfied with the effort myself, that’s the most important thing for me. Though, so far the response has been good…. and that is of course nice!”

In the following he explains the band´s name.

„`Borknagar` is basically just a fantasy name, and have no literal meaning so to speak. Though, the construction of the name is heavily influenced by pronunciation of typical words and names from the ancient Norse language. Even some Norwegian people ask me if the name roots from Northern mythology … but it doesn’t! To me the name Borknagar defines the ultimate musical quest through the past, present and future. To me a very personal thing.”

The title of the new album may fascinate one easily.

„`Empiricism` is kind of a head-statement for the lyrical approach of the album. The title has a quite scientific touch, as it actually is a frequently used term in relations with science. `Empiricism` means something like basing the knowledge on the use of the five senses. We bring this into abit philosophical angle connect it up the twilight between the inner sphere versus the outer sphere. Or inner/outer cosmos if you’d like. The lyrics are very personal, deep and could best be described as a philosophical spear projected towards the world. It’s really not a concept, rather a lyrical approach we instinctively present through our expression.”

The album was recorded in Norway this time. „We basically used the same recording facilities as Mayhem used on `The Grand Declaration Of War`, Fagerborg Studios/ Toproom Studios. The album was engineered and co-produced Børge Finstad who also worked with Mayhem. We had access to the studio for two month’s but in the end of the day I think we used something like six to seven weeks effectively. The atmosphere was relaxed, as we were able to work when we wanted, not tied to a nine to 16 schedule. A very nice studio experience indeed!”

The actual writing process took about two or three months. „I guess. What demanded the most time really, was to do the final arrangements, to rehearse and to actually record the album. It’s a long way from the first riff till the final result drops into the post box, so to speak. To compose the songs is just the first step. I do mostly all the compositions. For this album I wrote all the songs except for the instrumental song called `Matter & Motion`. Though, the whole band are involved in the finishing of the songs, vocal layers, synth. etc. I write also the major part of the lyrics but the others also contribute here. Everybody except for Jens contributed with lyrics this time, and that is nice as it make the lyrical approach of the band abit more diverse. I can’t really point my finger on the accurate mood or situation that influence me when writing, but sometimes it is really a strange state of mind. I am totally within the music and my focus is 100 % on what I am doing. And sometimes a couple cans of beer helps … he, he...” 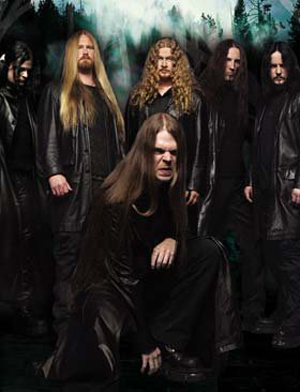 The question about a personal definition for the current musical style of Borknagar is a quiet hard one for the guitarist.

„To be honestly I can’t come up with a concrete definition of our music. I assume it is a kind of epic extreme Metal with a few progressive elements. I couldn’t care less really! I am not fond of tagging my music as it represents a kind of limitation.”

Øystein is also very interested in occultism in general.

„Or let’s say the `science about the unknown`. It’s impossible to tell you my opinion about occultism as the term includes an enormous amount of topics. To me occultism is way more than LaVey’s `bible` and a pentagram, if you get my point. I prefer to keep my profane beliefs for myself. I am a member of the Aasatru community in Norway, maybe that’s a guiding stone…”

He don´t feels the need to explain the songs on „Empiricism“.

„I can’t anything but advice you to get hold of the album, listen to the music and read the lyrics. The material is by far strong enough to stand for itself and need no explanation here. All the songs on the album are kind of faves, more depending on the daily mood.”

Time to take care once more about the traditional scene comparison. Øystein:

„I am probably not the right one to ask here, as I must admit that my overlook of the current Metal scene is not good. But to me the scene seems healthier than ever before. There was times when the scene was kind of one dimensional but these days there seems the diversity of the band is abit wider. I think that is interesting! The bands which sell the most albums is probably Dimmu Borgir and Cradle Of Filth, but to me the big band topic is more a question of quality and musical taste. A really big band for me is Emperor!”

Live-gigs - when we‘ll see Borknagar performing on German ground? „At the moment I don’t really know. We are just now, as said before, checking out the touring possibilities. I really assume there will be a tour during first part of next year, most likely all over Europe. We have also standing offers to go touring in South and North America.”

The biggest musical powers of Borknagar on stage describes Øystein simply with the fact, that the band enjoys it highly being on stage.

„Musically: Making many more albums! Private: Enjoy life, nothing more and nothing less.”

Øystein reached already his own goals with the new album, as he tells. „But I guess you mean commercially… I really don’t care if the album sells 10.000 or 100.000 as long as we are able to do our music and continue like we do. Becoming a “rock- star” has never been my intension! Making music is the one and only goal …honestly!“

Time for some last words here.

„Check out the new album! Hope to see you somewhere sometime! Thanx for the attention … take care folks!”