Paris, the world-famous city of love, was made last year to the city of Blues Pills! This happened on October 30th, 2016 in the completely sold out Le Trianon, which is theater and concert hall in one.

Together with 1.200 enthusiastic fans, the enormously acclaimed, multinational Blues Rockers with singer Elin Larsson celebrated a show that went deep under the skin. A gig, whose magic the band and none of those present will ever forget. 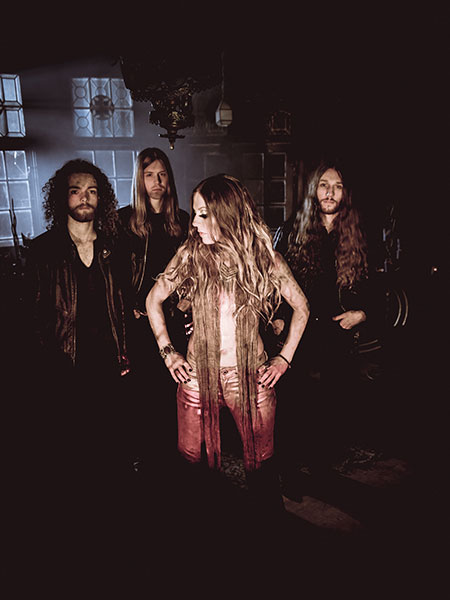 The intense songs of the 2016 chartbreaker album „Lady In Gold“ were presented.

The recording of the whole is now officially released under the title „Lady In Gold - Live In Paris“.

Also for the exceptionally friendly guitarist Dorian Sorriaux this October evening was really something very special, as he knows to report in the following.

What can you report mainly about the current situation in Blues Pills?

„We are about to release a live album and DVD recorded in Paris last year which we are really excited about. We also have a UK tour coming up with the Black Star Riders.“

What can you tell in general about all the worldwide success of „Lady In Gold“ in 2016?

„2016 was a great year for the band, we charted all over Europe and played some of the biggest shows we ´ve ever played since. It was really exciting to tour so much and add a new member ( Rickard Nygren ) on stage with us. We´ve kept on growing since and every show is very special and exciting.“

What is the most important for you on the new release of the band?

„To be proud and satisfied with what you're putting out.“

The newest output of Blues Pills - kind of a 'declaration of love' for the 'city of love', Paris?

„Yes you could say so. Being French, Paris is a really special city for me and Le Trianon was the perfect location to record a live DVD and album. Its always really special to play in France and in Paris.“

How do you remember about the reactions and the enthusiasm of the audience at that evening?

„It was wonderful! The place was packed and the energy was so great. I knew people in the crowd and knowing that the show was being recorded also made it really special. I´m glad we got to film that show. Also I remember the enthusiasm of the audience in Madrid on that tour was incredible.“

Be so kind and describe the whole evening of these gig with your very own words! 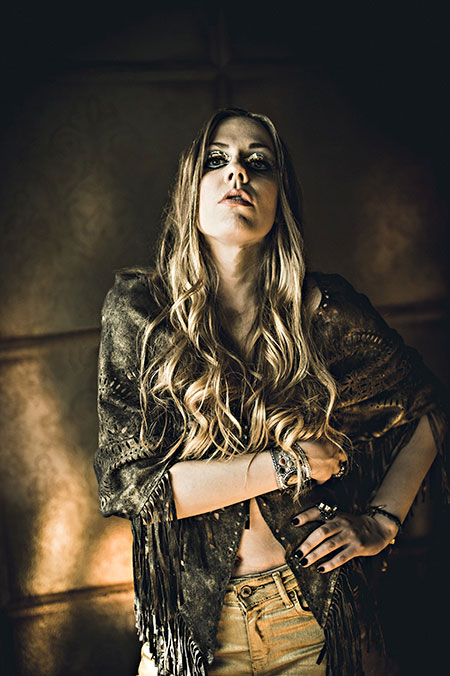 „I was nervous, very nervous and couldn´t really stop thinking about the show. Everybody in our crew told me everything would be great. My best friend from childhood came to say hello before the show and we watched a bit of Kadavar and checked out the crowd. Then we went on stage and the show was wonderful. After the show I hung out and drank some beers with my friends.“

What is your special formula for this?

„We try to give everything we have at every show. And I think that´s a big part of it. Also we like to keep things spontaneous and tend to jam on stage witch gives a really special vibe to the show.“

What special kind of live atmosphere(s) are waiting now for the curious listeners on „Lady In Gold - Live In Paris“?

„A similar one to the one of the atmosphere in Paris, a lot of energy and musicians on stage giving all they have and interacting musically with each other and with the crowd as well.“

What’s your very own personal view about the real ‚essence‘ and the true ‚spirit' of a typical Blues Pills concert?

„An emotional moment and also a moment full of energy, I like when the audience is really close. Usually it makes the show really special and it was the case when we played it Paris.“

What kind of emotions did dominate your mind while performing the songs at that evening inside the Le Trianon?

„Nervousness, excitement and happiness. It was a really emotional evening.“

Do you still feel something like ‚stagefright’ before a gig?

Can you report maybe already a view in the future about the upcoming studio album of Blues Pills?

„We are most likely gonna start working on it next year, its too early at this stage to say anything else about it.“