A multi-instrumental musician from Italy is the brain behind these Viking Metal project. He calls himself Drakhen, and the mainman also composes and sings it‘s own songs. And also „The Battle Will Never End“, the new and second album of Bloodshed Walhalla, pays an enormously devoted tribute to the most epic hymns of Swedish legend Bathory.

How are you doing these days, Drakhen?

„First of all: hi and thanks for this interview! I can start by saying that I'm pretty good physically and mentally aswell, stress is always going on, too! But I'm used to it, you know family, kids ...they take lots of my spare time ...but family is God blessed so it cames first after all. Also work is not missing and I'm really happy, then it cames the music so Bloodshed Walhalla that are filling my life positively.“ 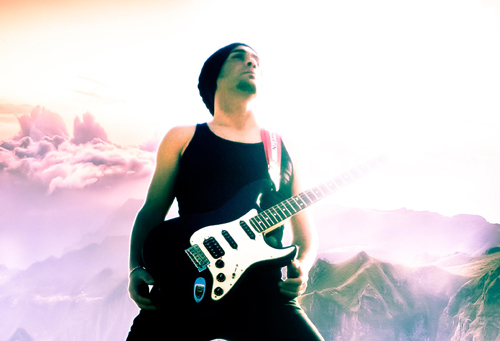 Please describe the main character of your new album!

„I should start telling you about Northern mythology but it's not what I want to explain because ,The Battle Will Never End‘ is about the end of the world, from prophecy to the final battle as written on Voluspa . I'm sure you know better then me what it is 'cause I'm from the deepest south of Italy, so mine it's just passion! So to avoid looking foolish I'd like to go to next question!“

Please tell the readers about the main content of the new lyrics of „The Battle Will Never End“! One can be very curiously while listening to your roundabout atmospheric fascinating songs!

„I hope listeners are going to be impressed really from the Nordic atmosphere on these CD. Also I need to say that this work is written, mixed and recorded by just one hand: mine. So a good listener should take note of this and imagine what I felt while creating it all to the final master. Passing by the songs I'll give you a shortage of each track:

- ,Heimdallr‘ is the first song and its just instrumental, it wants to revocate the guardian God of Gods that watchover Bifrost bridge.

- ,Blood And Fire‘ tells of the deeds of the Gods In Ragnarok (the final battle) , good is fighting vs. evil, caos creatures will attack the world and the Gods are forced to clash heads on.

- ,The Battle Will Never End‘ joins all of the treated themes in a kind of summary starting from clairvoyant prophecy until the rebirth of a new world, ruled by the heirs of Odin.

- ,The Storm‘ describes a battle with walhalla's walls always opened for the death glorious heroes.

- ,Land Of Fire‘ tells about Viking explorers that discovers new lands sailing by the Northern seas, a land of fire, where the evil is lurking and will test their deeds.

- ,My Sword Again For You‘ tells about a warrior devoted to Odin, which is fearless and ready to save the world with his sword. 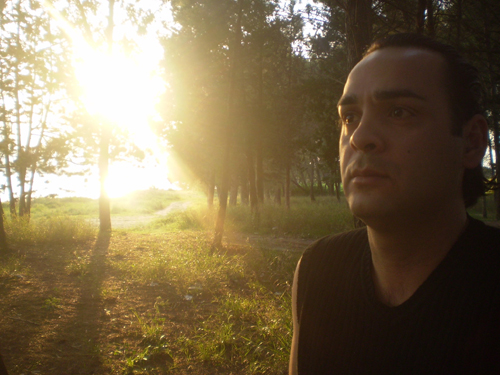 Which noteworthy differences to the previous Bloodshed Walhalla songs are waiting now for the listeners? Please tell us deeper about your newest material!

„I dont think there are substancial differences, it's just my second album, so I only wanted to go on following the way of ,The Legend Of A Viking‘ to put a face to this band. I'm trying to get a personal sound so a style where you can't get lost, but you can say - shit, thats Bloodshed Walhalla! And I think I'm on a good way!“

Sounds on these new album once more, that devotion to the very epic sides of Bathory in your style is still your greatest love ever. Isn't?

„Don't you miss Bathory? I say yes, even very much! Well, with my song at the beginning,im not imbarassed to say, I wanted to follow that style of Viking music that the good Quorthon ingeniously created and tragically interrupted after he passed by. Then I get, after a while, that fans agreed with my idea. Never forget that Bloodshed Walhalla was born in 2006 as a Bathory cover band, so everything it's just a consequence of a personal passion to these unfortunally death Norwegian band. So now I'm working to this project very dear to me in which I really believe.“

You've reached it to celebrate the style of Bloodshed Walhalla in an sheer awesome emotional manner. Did it come totally naturally anytime?

„Yes , the train is going on and noone and nothing can stop it ! The machine is tested, and I could write 10.000 songs with this musical genre, they should sound really exciting, as you say, it comes natural to me! ,The Battle Will Never End‘ songs are seven but they should be more, but to not exacerbate the listener I stopped to seven! Some songs last really long and some profane listener may not like it, but its requested by the genre, so I won't care at all and I'll go on enjoying as always!“

Is it allowed to ask you about special musical influences beside Bathory in your newest art?

„Well, I don't listen a lot to the music just to not mix up my ideas, at least I listen to some bands with which I could, lets say, get in competition like Ereb Altor (great band!) or Falkenbach, one man band, too . When I was young I was listening to some ,extraterrestrial‘ bands as Helloween, Gamma Ray, Manowar, Candlemass ... and maybe there's something from this bigs into my music ... don't you think?“ 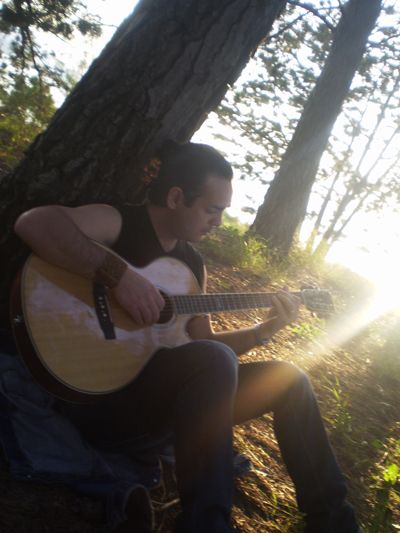 How did run the works for these new album mainly?

„As you guys well know, mine is a one man band, I'm the laborer but I'm the boss too, I don't have time to respect, i don't anyone to face with ... when I like I go into my fire sword studio and I do just what I like! I state that I am neither an engineer nor a sound professionist, I am a self-taught in all respects! But the work is very tiring, and one can not imagine how many sleepless nights I spent looking for the best sound to create something decent and then, to be completely handmade. I think I've done a good job!“

How long did last the songwriting for „The Battle Will Never End“?

As I just said I wrote so much for this album, but I pick just seven songs I considered the best and competitive ... so if I have to say, lets consider, I work for une sone one day, so seven songs a week! I'ts different when we talk about mixing and recording. I began in the studio in October 2011 and I finished in march 2012.“

„I've always hoped and I still hope that my music doesn't remain anonymous, I'm a determined man, if I do something I do it to have a positive future. When I started writing the songs I was sure I was doing great, it's hard to be appreciated, mostly now that we have lots of great bands ... if some results are coming out, I hope they will be excellent!“

Where you`ve got all the new ideas for your epic art?

„At the beginning of Bloodshed Walhalla I‘ve tried to immerse myself into Quorthon. I've been studying carefully his music and his genius. When I was about to write a song I was, let's say, in symbiosis with his mind and i convinced my song was written by his hand. I don't know if I made the concept but I think so! Now I'm trying to look for my personal sound, even if it's really hard , it needs time, and I think one day Bloodshed Walhalla will have it‘s own identity, Viking, but original.“

And: when did they came at best in your mind?

„Well, the best stuff come out when I'm all alone, me and the nature even just the wind or the rustle of the leaves, can give me inspiration. Afterall, I'm from the South of Italy, Matera, and my land has its mystical charme, it's fascination ... so as soon as I got spare time, even for two or three hours, I isolate myself to find deep serenity that makes good ideas come into my mind.“

What’s your personal view about the „spirit“ of your new album release?

„I'm in ,seventh heaven‘ for the release of my second album, and I have to thank for it Giuseppe Caruso of Fog Foundation, my producer and great friend, that believes in me and in my Bloodshed Walhalla project. I do and I'll always will do my best and I'm sure that you'll still have to hear a lot about Drakhen and his Bloodshed Walhalla! I really thank you a lot for this great interview and I hope to hear from you back soon!“