Launched 2009, Black City developed not only in their home country Denmark quickly a remarkable status as potent rockers.

The latter has been massively backed with the self titled debut album, which brought the band not least as a result of the radio-hit „Summertime“ even one of the coveted support slots for AC/DC.

Therefore the songs of the four musicians from Copenhagen are monthly more demanded in Scandinavia. Black City want to extend this situation now also to more extensive plains with the new and second album „Fire“.

And the chances are pretty darn good for the equally angular as catchy material of the quartet, which is booming in the intersection of D-A-D and Foo Fighters. Vocalist and guitarist Bjørn Poulsen faces the questions.

„Our latest album is Rock. Pretty straight up. Its an album with good melodies, rock solid guitar riffs and a bone hard bass and drum section. All in all that gives good songs, the Black City-way.“ 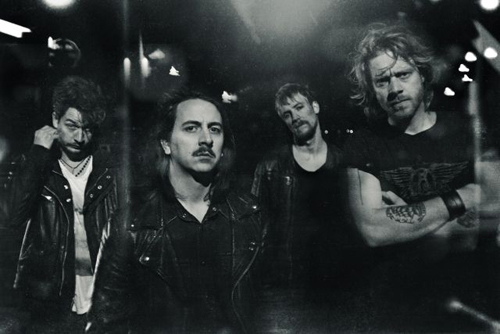 Any noteworthy differences to the previous album release?

„This album is more organic, more played... Our first album was like a bullet train. It ran you over. This one is more an album for everybody. For the ladies, for the men, for the old, and for the kids.“

What are your biggest Rock heroes?

„We got alot of Rock heroes. Foo Fighters, Queens Of The Stone Age, AC/DC, Aerosmith. Just to mention a few of them.“

What counts most for you in making rocking arts with Black City?

And what is your greatest dream regarding Black City?

You guys do still have a outspoken passion for a massive ass-kicking attitude in your songs, isn't?

„Yeah we let out a lot of steam that way. We don't really think about it. It comes natural for us.“ 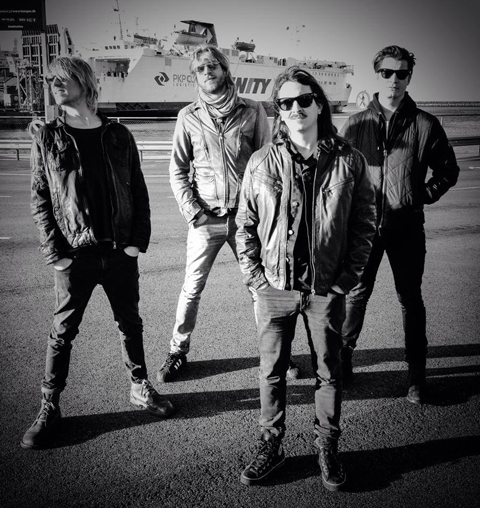 Do you have a personal favorite unto the new tracks?

„My personal favorite on the new album is ,If I Ever Go Down‘. Good energy, strong guitars, bass and drums. It's a bad ass song.“

Which special feelings and thoughts have dominated your minds within songwriting?

„The feelings and the thoughts about the songs are different from song to song. Every song has its own life.“

„We write the songs together. We all come with ideas and then we try to put it all together. It took us a year and a half to write the material for ,Fire‘. All ideas have to be tried out. It takes time.“ [laughs]

Please report the readers about the main content in general of the new lyrics!

„Right now I listen to a lot of Red Fang, Mustasch, Foo Fighters and so on. This is some of the Rock-things, but I also get my inspiration from many other bands and musicians. I also check out a lot of John Mayer. His latest album is brilliant.“

Personal question: what's your greatest wish at all on these socially rotten globe?

„That people could respect each other. Respect each other no matter who you are or what you social status is. Global as well as between a man and his surroundings. That would be a start.“ [laughs]