Every year, they delight countless listeners out of an unusually wide range with their soothing, unpretentious version of the Renaissance Rock, which has brought them not only global success, but also high popularity and great recognition.

And also with the new and eighth studio album „Dancer And The Moon“, Blackmore's Night can illustrate the relevance of their playful and relaxing folklore-based music.

Guitar wizard Ritchie Blackmore, globally he has become popular with Deep Purple, created harmony-dreaming compositions for heart and soul with his wife and singer Candice Night. With the latter I talk about the new release. 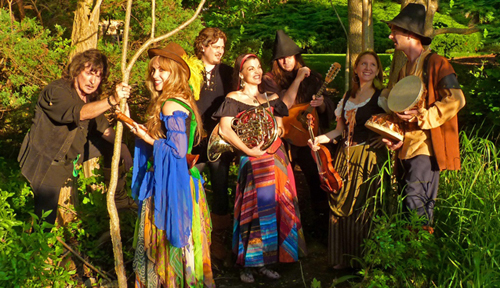 Sometimes the new album reminds at the special fine time in the 70s, which was filled by natural romanticisms, sweet longings etc. in music. Your opinion?

„I am a hopeless romantic and love and romance are very important to me. So they are always present in the visuals of the music and the lyrics. But I think the whole idea of a time gone by and the visuals that lie within are very romantic. What draws us to the renaissance or medieval time period isn’t the reality of the situation of living back then, its the visualization of the lady waving her scarf to the knight on horseback and awaiting his return. The bonfires lighting the hillsides, the full night sky. All very romantic scenes.“

Please describe the main musical character of the new album!

„It runs through folk, pop, tavern, ballads and instrumentals. there is a lot of variety, as always.“

What’s your very own personal view about the ‚artistic spirit‘ of the new album release „Dancer And The Moon“?

„I think that from a personal perspective I have the heart and spirit of that dancer. Musicians truly do give themselves whole heartedly to the music as do dancers. We create the audio but they are so visual with their surrender to the music. So, its captivating to watch a gypsy dancer beneath the moon surrendering herself and giving her spirit to the mystery of the moon while the music takes her heart. I feel those energies very deeply and often equate myself to that same type of spirit. It is a very freeing energy.“

Which noteworthy differences to the previous Blackmore‘s Night songs are waiting now for the listeners? 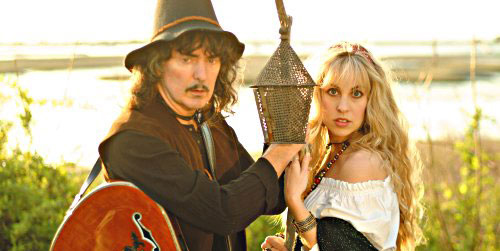 Be so kind and tell deeper about your newest material!

„I always feel as if the CD that is currently released is a true representation of where we are at the moment in time. Like a scrap book or snap shot in time. This CD is the same. It is truly representative of us and where we are now as people as musicians. But yet, each CD and each song within takes us on its own individual journey. We never lead the music, it leads us. We don't choose a concept or a direction to pull the music in. We just enjoy the path it leads us down and share that with the rest of the world. Its a channeling of the melodies, through us.“

Is it allowed to ask you for special musical influences?

„We find as we tour that we are getting more and more exposed to new songs, regional and ethnic folk melodies or even revisiting songs that we haven't heard in some time. For example, on this CD, there is a song called ‚The Moon Was Shining (Also Somewhere Over The Sea)‘ and that original melody is a Czech folk tune. If we didn't tour or travel, we never would’ve heard that song. So we are lucky to be exposed to a lot of different types of songs as we go country to country. Its built up our repertoire quite a bit!“

Do you want to tell a little bit about the main lyrical content on „Dancer And The Moon“?

„It runs the gamut, but I almost feel as if the main lyrical theme besides nature and being so tied to the mystery of the moon, is freedom. Spiritual freedom. Whether it is the Russian themed Troika in which the singer is going through old scrapbooks of her life and recognizing her roots yet allows herself to run free while watching the horses and carriage over the snows of Siberia; or its the brave yet unknown journey of the Last Leaf left as the winter winds blow through the trees and that leaf being afraid to let go of her home in the tree - yet finally giving in and taking that journey into the unknown and riding the wind to whatever that future may hold.“ 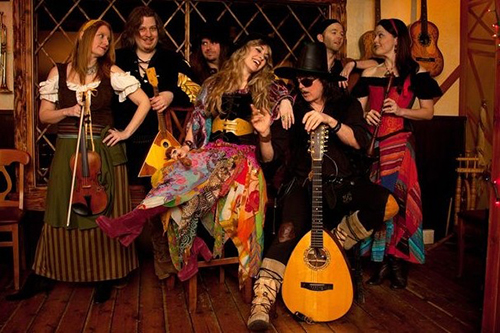 What is behind the title of these album? One can be curiously while listening to the compositions…

„I never like to be so obvious as to tell people what anything is about, whether it be the song or the titles or specific lyrics. I learned once as I was reading into another singers lyrical contributions, that when she was singing about Rooms being on fire - I thought it was her passion! It turns out in an interview she explained that the rooms in her garage really were on fire - and that almost ruined the song for me because I had a different idea as to what it meant. Listeners always put their own personal and deeply emotional touch on songs that they hear and I would never take that perception away from them.“

With which expectation(s) have you begun the composing of the new Blackmore’s Night songs?

„I don’t have expectations of the songs, I simply let them flow through me, enjoy the channeling process and the craft of lyric writing, playing and singing them and am happy that they presented themselves to me for me to be a part of. It becomes a bit of - I’m on their journey and they’re on mine in turn.“

How long took the songwriting for „Dancer And The Moon“?

„We did it in about 2 years time. I was pregnant with my son while we were recording the 1st part of it. But we released a DVD in the interim of recording this CD. We released ‚A Knight In York‘, so the fans had something to hold them over. But we did go into the studio for a couple of months, then went on tour, then a few months in the studio again, then I gave birth to my son, then back into the studio again so it gave us a good amount of time in between the recording process so we could hear the songs with fresh ears and make any adjustments we needed to at the time.“ 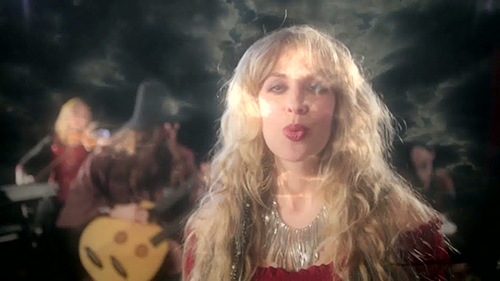 Got Ritchie a bit help here and there from you, in reference to the most important parts of the songs?

„Ritchie mainly comes up with the music and the cover songs we're going to do. I handle the lyrics, singing, and woodwind playing. Sometimes I get involved with the music writing if its needed.“

Which specific reasons led to the fine decision to cover one of my all time favorites, „Lady In Black“ of Uriah Heep?

„Thank you! We heard it on the radio while in a castle in Bavaria and had to ask our fans who it was that recorded that song originally! We added a little medieval woodwind riff and a few modulations and its retained its mystery but we're really happy with the fresh approach we took to it!“

Some own words to the Blackmore's Night followers and all other open minded music lovers out there?

„Thanks to all our fans for being independent thinkers! Follow your hearts, not trends and fashion. Do whats true to you and thank you as always for your support! See you on the road!“