With its new shudder epic „The Nightmarish Compositions” these Oriental dark-masters powering its status as an absolute exception appearance in the whole Melodic Black Metal profession.

Refined with symphonic opulence massively, orchestrated with quite extravagant monumental splendor and completely coated with attractive charming dramatical arrangements, the ten elite compositions of this uniquely Israeli magic disc offer a violently churning listening experience of immensely emotional depth. Who has the really rare good fortune and knows the fantastic predecessor album „Archive Of An Enchanted Philosophy” in its possession, probably forever the most atmospheric Black Metal disc of all times, also will get countless ecstatic moments through the new creepy musical of the endowed bewitching night-quintet.

Generally, vocalist Lord Koder, keyboard magicican Dimrost and guitar master Ariel Eshcar as well as depth-sound-man Seelenfolter and rhythm beater Van Helsing act on „The Nightmarish Compositions” like shadow-ghosts, perfectly possessed by its doings, out of another world. Exactly there I‘ve had a personal meeting with Lord Koder.

Lord Koder, which specific circumstances and influences led again to such a high-quality and chosen musical style, as yours is?

„Music is created as an outcome of a thought, feeling or emotion one has at the time he is composing. "The Nightmarish Compositions" was the direct outcome of the emotions & thought's I and Ariel had at the time we composed our music.“

Your new release sounds to my mind – in a positive way – typically Bishop Of Hexen. What´s your opinion to this?

„We managed to maintain to a large extent of "feel" in the music and sound. Bishop Of Hexen has always put the emphasis on keyboards and symphonic chords and phrases and the new album has expanded that use of keys to a new level. As today productions have a very high standard, we wanted to produce an album to meet those high standards. "The Nightmarish Compositions" is to our belief, very highly produced and on the same time, still remains in the old vein of Bishop of Hexen's atmosphere.”

How did you get the contract with CCP and how ran the agreements for the details of the contract?

„We are in very good contact with Oliver from "NozPagan Mag." And he is the one who recommended us about CCP Records. We decided to send CCP our 2004 promo CD "Unveil The Curtain Of Sanity" which led to a contract signing for three albums.“ 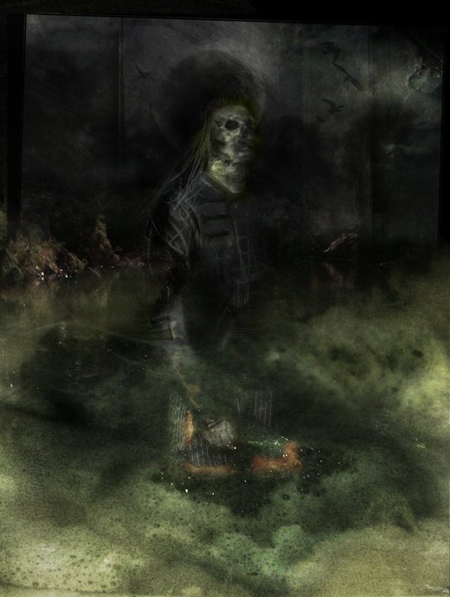 How do you feel, when you think about all the people, which are listening with much joy to your songs?

„One of the biggest joys any musician has is to receive good feedback and compliments about his work from the fans. We received amazing responses about the sample track we released from "Unveil the curtain of Sanity" promo CD and the sample track we released from the upcoming album "The Nightmarish Compositions" which makes everything worthwhile.“

„Well, it's like asking a parent whom of his children he loves the most. Every song in the album has its own character and atmosphere and therefore every fan will decide for himself.“

Please give a detailed description of the composing process for the new album!

„The music is written by our keyboard player Dimrost and our guitar player Ariel. The riffs are then brought to the other band members who give their own insight regarding the music. The music is then composed by the band.“

From where have been taken all the high-class-melodies for the new output?

„Bishop Of Hexen's music is influenced from a large variety of styles such as classical music composers, epic movie themes and our own interest in fantasy and history. We combine all these influences and create our own music style.”

Please give detailed information about the lyrical contents of the new songs!

„The whole proportions of the idea behind this album are of biblical scale. Biblical, not in the classical religious conception, as the religious "facilities" grasp it. Be it church or synagogue, but in a secular way. These mentioned "facilities", have deliberately mislead the masses through the ages that they have the monopoly of the historical, date, time, and facts. They claim that the bible or the new testimony is the beginning of mankind, whereas the bible has been written after 35000 years of human existence. 35000 years of experience has been narrowed down into one book. Which summed them all up beautifully and in a very colorful way. A way that for us as Hebrew readers is more accessible. (We can approach it directly because the same 3000 old Hebrew that has been written in the bible is used by us today). The concept 'in a nutshell' is about our perception of Satan and god, of good and evil and equivalence to the classical one. Satan does dwell on earth, but in our hearts and minds. There are days which he wins us. In fact every breath we take generate a different mood and thought. Every thought we think has a tad devil and a tad heaven in it. Each song has a different angle of that battle that rages within us, every waking moment. The lyrics deal with the psyche turmoil of grief, anguish and toil that we endure during this journey called 'life', and of the modern partly Judeo-Christian paradox, especially in the Black Metal community. They claim that the bible is anti Satan and considered to be "White Metal". Which in fact the bible is the primary source to evil. We live in a world that good people are murdered and demons run amok. Thus Satan is not a cloven hoofed beast, it is us. Derived from that assumption, the bible is the most satanical creation. I wish that our lyrics will be understood "right", in the sense of giving us proportions on who we are and how temporary everything is. Everything but this battle mentioned before.“ 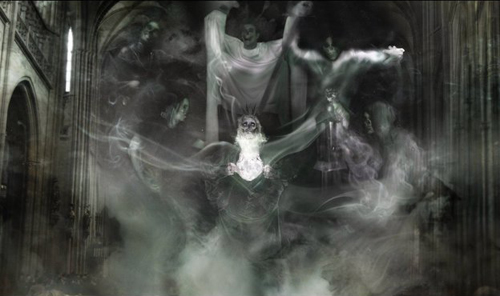 „If we would write down all the bands we listen to, this interview will be 50 pages long. The main bands we listen to are Arcturus, Dimmu Borgir, old Cradle Of Filth, old Emperor, Bathory, Celtic Frost, Rhapsody, Slayer etc.“

Regarding your own style of Metal: what do you think of the works of other acts in that style?

„We think Cradle Of Filth and Dimmu Borgir brought this genre of atmospheric Black Metal to a higher level and upgraded it to a larger range of audience thus in their music style and in production.“

Which are still the most inspiring topics for Bishop Of Hexen?

„We were always interested in History, Philosophy and fantasy. These subjects are manifested in our music and in our everyday life.“ 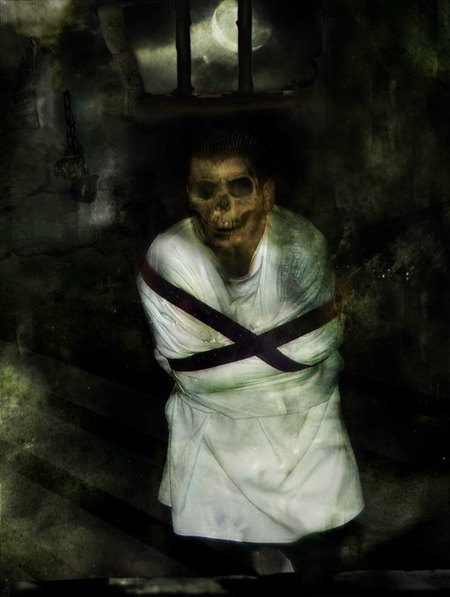 What are the necessary elements which make a Bishop Of Hexen song a good one in your point of view?

„The song has to have insight both musically and lyrically so the listener will dwell in its atmosphere.“

„Bishop Of Hexen's band members have always dealt with music, so therefore we practice what we do best.“

What kind of experimentations in music would you like to try in the future?

„We believe we found our direction concerning our music style, which we would like to develop in the future releases such as combining real orchestration instruments and choirs.”

Which expectations do you have, when you look forward to 2006?

„Well, of course we are very excited about the release of "The Nightmarish Compositions" on June 23rd and we hope our fans we'll enjoy listening to it as much as we enjoyed making the album. For those who don't know the Bishop of Hexen's music, we hope this album will give them the opportunity to do so.“

Do you guys have other plans in focus for the future?

„We hope we'll have the opportunity to perform live in the near future and of course we're looking forward to start working on our next release.“

„Thanks alot for this interview, Markus, it's been a pleasure answering it. And we would like to thank all our fans where ever they are. You are the blood of the artist! And what keeps Bishop Of Hexen going.”