The Australian melodeathers have already made a very good name for themselves with their 2007 debut. So the resourceful five-piece around singer and guitarist George Kosmas doesn't disappoint anyone with the new and fifth long player „Coherence“, who hopes for the best proven trademarks of Be'lakor again this time.

As pianist & synth ace Steve Merry lets it be known, the emblematic rollercoaster ride of the pandemic has had a major impact on the recording process. 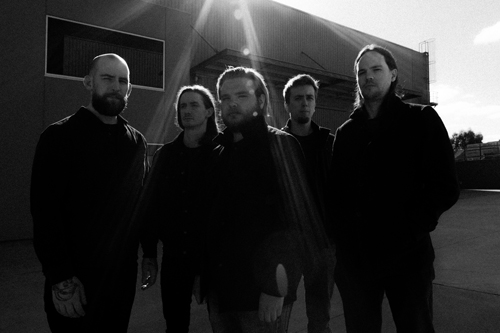 „We were lucky that we had the music all written and that we have been able to play the songs together a lot before Covid struck. We did then find ourselves facing a lot of forced delays in terms of our time in the recording studio. It’s always a long, hard process to make an album – and at the end, we’re really happy with the music on ‚Coherence‘.“

The fifth full-length, no singles, no EPs - you only like whole things, huh?

„Haha yes, you could say that! We’ve not yet been tempted to release an EP. We might one day do so. However, we do seem to enjoy the album format. There are some practical reasons for this, such as the preparation and time that recording involves. But there are also creative reasons – an album lets us go more deeply into a theme, and also constitutes a more meaningful and weighty end product, which is quite satisfying.“

I hear highly listenable material on all levels - what is still your very special formula to create this as extreme as catchy music?

„Thanks! I guess it’s a combination of many factors: our strong preference for memorable melodies and moments; our desire to create music that is long and layered and which (hopefully) has the potential for lots of repeat listens; our desire to ensure some level of clarity so that the listener can hear all the harmonies and atmospheric elements, etc. We take a long time (as our fans know) to make music. It’s quite a careful and deliberate process, with lots of revisions and discussions, before a song is deemed to be complete.“

Who of you guys composed the lion's share of the new song material?

„I’d say most of the initial musical ideas and riffs come from George and myself. But we then come together as a band and work extensively on the music, in quite a democratic way. Everyone‘s ideas are heard. All members of the band help to shape the songs, coming up with new layers and suggesting creative ways to connect riffs or structure songs. The lyric-writing is handled by George and I.“

„Really smoothly – it was a very enjoyable album to make. It was a long process, but we had more opportunities (than we did on ‚Vessels‘) to play the songs together and make small refinements. In terms of how we went about the song writing, we first focus on the musical ideas, and not really the lyrics or the themes. At the start it’s all about making a song that can be engaging on its own, even without lyrics. We’re focused on writing riffs that excite us or or which are different in some way - strong melodies, interesting rhythmic changeups, overall song structure. We spend most of our time in this phase. During this time, virtually anything is open to change and review. Once we all like the music and the structure, we move on to writing lyrics and placing them with the music. This is where we start to think about the overall themes, settings, atmospheres, and ideas we want to immerse the music in. We often start to spot connections between the songs during this part of the process.“ 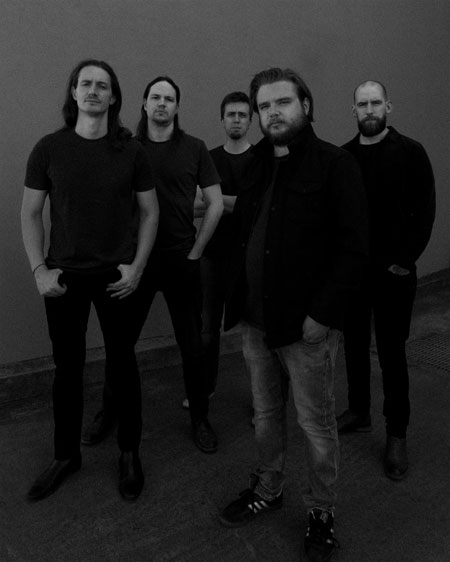 „Of course. But my answer may not be too exciting! There were no particular new musical influences – it is more of a very gradual evolution. On Coherence, it feels like we have taken all of the learning we’ve done over the years and grabbed the strongest and most exciting (for us) aspects from all of our albums, and also from our respective favourite artists, to make these songs. We haven’t spent too much time worrying about what sort of classification to give the sound and songs, instead just writing the music that is most interesting for us. I think that our influences by now are very far-reaching - even if these influences simply inform small decisions about how to connect two sections of music, certain guitar tones we like, or how to combine melodic riffs with some darker moods.“

„I think our biggest challenge was the album closing song, Much More Was Lost. We believed at one stage that we had finished the song. However, when we returned to it, we actually decided to pull it apart completely and re-write large pieces of it. This took another 3-4 months. We altered the structure of the song a great deal, and there’s no doubt that it really strengthened the song. Overall, the album posed the normal sorts of challenges for us – and I really enjoy the challenge of making an album.“

MeloDeath … endless popular … legions & legions of bands worldwide - in which position between all the more or less similar acts do you see your own bunch?

„Hmm, this is a tough question! I find it really hard to get a strong read on the scene. We started as a band when the biggest MeloDeath bands were In Flames, Dark Tranquillity and Opeth. We listened to all these bands a lot. More recently, it’s been cool to see some new bands emerge and grow. However, our own listening is now broader than just Melodic Death Metal. In some ways, when it comes to MeloDeath, I feel like we as listeners are still in ‚2000-2005‘ MDM-world. We have stuck quite true to that style, certainly in terms of not using clean vocals (which was less common back then, apart from Opeth) – and then we’ve also taken some ideas and stylistic aspects from other metal genres. My hope is that we’ve now got a sound that is identifiable as Be’lakor, and which is helping to keep MDM both ‚true‘ but also „interesting.“ 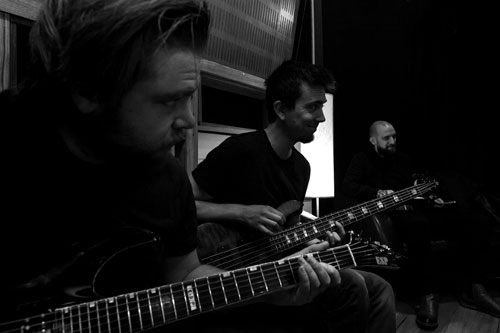 „Yeah, it’s 17 years now since we started. Amazing really! We had done some other things (George, John and I) when were in high school (not Metal) – and I think we managed to get a lot of our experimentation and bad ideas out of our system in those early days haha. This meant that when we started Be’lakor, we had a clearer vision for the type of ‚art‘ we wanted to make, and what we wanted to avoid. This helped a lot. These days (and really, for all of our albums), we only ever make music that we find exciting and enjoyable. We don’t try to make any commentary about the world or politics, so for us, the art is mostly about trying to create something special for ourselves and enjoying the challenge of that process.“

„We listen to a big mix – folk, electronic, classical, and even (good) Pop songs. Good Pop music is much harder to find these days, but when done well, it’s a fantastic thing, and a lot can be learnt from it as a song writer. I personally find myself listening to Pop and Rock from the 60s-90s a great deal these days.“

„I guess I’d just like to say a big thanks for being interested in our music, and for helping us to share it with people. Cheers!“