The new album „The Devil's Hall Of Fame” is without any single doubt one of the most innovative and also best Power Metal releases of the last years.

Pounding and speeding powerful, progressive Metal hymns, which touching the listeners hearts with very much and deep musical strength. 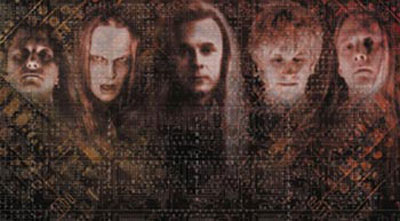 Most of the band´s musicians are new into the talented troup:

„All new members except for the keyboarder and drummer: Jorn Lande – Vocals, me, Finn Zierler – Keyboards, Tomas Fredén – Drums, Anders Kragh – Guitar and Anders Lindgren – Bass. We´ve now completed the Scandinavian triangle with musicians from Sweden, Denmark and Norway. We´re all very enthustiastic – we´ve actually never had a better band camp situation than this one. We´re all very comfortable and have a great chemistry. We´re thrilled with this release!”

The band´s name Beyond Twilight stands for two things:

„We´ve added the extension ,Beyond‘ to our former name Twilight to indicate that we have a new line-up and that we´ve gone beyond musically what we´ve done before. The words Beyond Twilight also describes something dark, scary, atmosperhic, cinematic though at the same time beautiful and melodic which is how we would describe our music.”

Finn is the songwriter/composer of the band, as he tells. 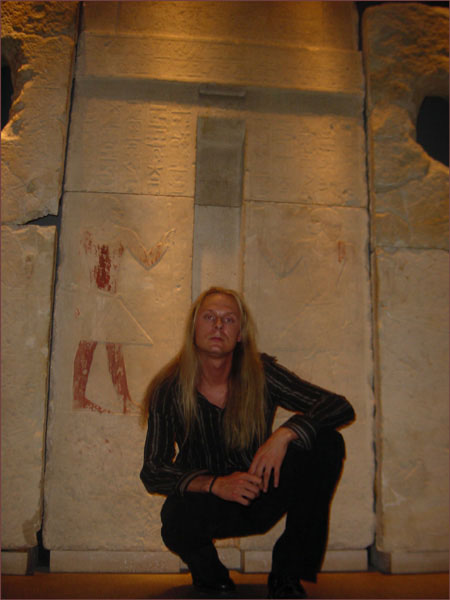 All the new compositions are very personal.

„The songs are like small children or species who live their own life. They hold many secrets but they all unfold, they are innocent and they dance and talk their own language but unlike humans they are immortal.”

Finn is so kind and explains the songs on „The Devil's Hall Of Fame”:

“`Hellfire` ... is the first track of the album. This is where the main character of the album hacks his way through a computer into his own brain. He goes out on this deep journey, falling into the yet still unknown, where he sees a dying planet and captured souls with microchips implanted. He wonders if everything we´re surrounded about is one big illusion? I think it´s safe to say that he dances in the hellfire.

`Godless And Wicked`... is where he finds out that some of his files are corrupted whiles others are missing. He is starting to see things clearer now. The lyrics has a little twisted turn. The lyrics deals with the people and things surrounded by him and then it turns onto himself thinking of the title `Godless And Wicked`. There is quite a lot of details on this album which is connected all together. The word re-arranges also appears in the song Hellfire – so in more than one way they are connected to each other.

`Shadowland`... is a really dark track but at the same time it probably has the most melodic chorus on the album. It goes from this very black, intense heaviness into this nice and beautiful atmosphere. It’s a bit more a straight song than the rest of the songs of the album although it is very complex and progressive written.

`The Devil´s Waltz`... is an instrumental track. It´s a very twisted song. The music fits together with the song title – listening to it is like sitting in a carousel that goes round and round – you´ll get the picture when you listen to it.

`Crying`... we’re in the story now where he gets very involved in the love of his life. It´s a very progressive song and it´s very melodic. It´s a deeply touching song. It switches from complex rhythms into long 7th and 9th full chord passages. It´s really a difficult song to play. 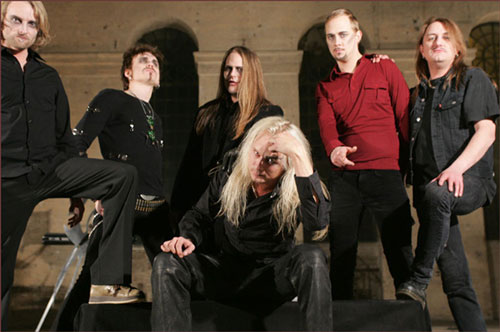 `The Devil's Hall Of Fame` ... is the title track of the album. It´s quite an extraordinary piece of music. The compositions was written by Finn while he was out walking in the mountains in Africa and he went into this cave totally alone in this completely darkness. He didn´t know if he was going to fall 100 meters down at next step or what was coming up? And you can probably hear in the music that this was a big inspiration to support the ideas which was already composed. It´s very large compositions, approximately about 250 tracks, big orchestrations, from classical arrangements to Rock/Metal orchestrations. There is also pieces of 150 track voices so there is very large choir arrangements. And it really is an intense dark song. Without doubt the darkest and most heavy song of the album. Hopefully you´ll figure out what `The Devil´s Hall Of Fame` is all about when you read the lyrics and listen to the music. It definitely is the very most personal song on the album.

`Closing The Circle` ... is an instrumental track. It´s a very moody and beautiful track. Technically it´s very difficult to play but at the same time it´s a very nice song to play. It really brings you in this special mood. The song will bring you on a journey with the main character where he once again is meeting up with his love of his life through time.

`Perfect Dark` ... to us it really is perfect dark. It´s also a huge orchestrated dark and heavy song. There is many details in the lyrics with connections to the other songs. And as last track of the album it goes back to the beginning of the album ending up with the same lyrics as the start of the album. If you read the lyrics carefully you get the secret key to `The Devil's Hall Of Fame`. It´s a very cinematic track which ends up with the bolero tact (the death march) with triol guitar beats going against it and chromatic chords on top. For some people the ending could be scarry or terrifying, but it also could be very beautiful. Choose yourself.“ 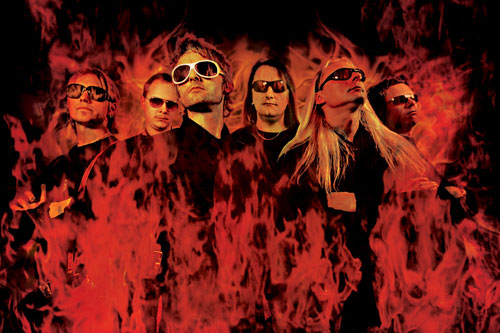 It´s time again to do the Metal comparison between the times:

„No we don´t really think, that the present Metal scene is better or less good than in the past ten years. It´s here to stay – else it would have been gone a long time ago wouldn´t it. It´s not even worth using time discussing it. Just look around and check how many releases of Metal albums there is around the world every month. It kind of speaks for itself. The fans of the Metal are extremely loyal, far more loyal than any other music style. So fuck those silly bastards, without any prejudices it´s pretty safe to say that they don´t know much about music anyway ... what a waste of time.”

Concerning live gigs Beyond Twilight would prefer to play in Germany:

„Hopefully in the nearest future. We can´t wait to get out there.”

„To play as many shows as possible and let Metal rule forever.”

Some last words here to the fans and followers?

„We just wanna thank all the fans for sticking around with us and supporting us. Without you guys we wouldn´t be here. You give us spirit and you guys deserve the honour. We really can´t thank you enough. We´re looking forward to see you soon again and we hope you´ll enjoy `The Devil's Hall Of Fame`!”