Beseech was founded in November of 1992 in their hometown Borås, near Gothenburg, in Sweden. Since then they have been deeply involved in the underground scene.

In 1998 the debut album „...From A Bleeding Heart" was released worldwide. In the end of 1999 Beseech began to record their 2nd album „Black Emotions” and in the beginning of 2000 saw the album finished after a long recording time.

The music has matured a lot and this time there was much time to experiment with different instruments and sounds so the result became a fresh and modern style of Gothic Metal.

In June 2000 „Black Emotions” was released and the responses were very good from media around the world. With some hard work Beseech went on a big European tour with Theatre Of Tragedy and Lacuna Coil from January and whole February 2001. 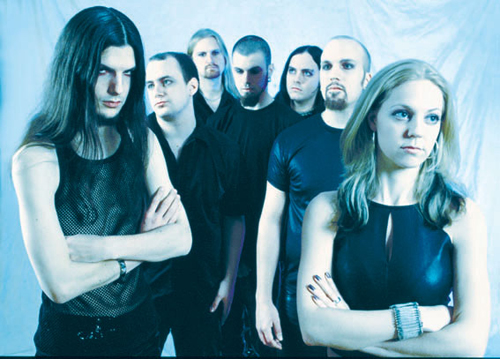 After recording three new songs, Beseech began to search after a supportive label that could work with this new sound and material.

Several labels showed interest in the new material and in the beginning of 2002 Beseech signed a world-wide new deal with well known Austrian Napalm Records.

At the same time Beseech entered the studio for two months with the recording of the third album „Souls Highway”.

Questions are answered by Robert Spånglund.

How did the musicians of Beseech come together?

„I was not in the band from the very beginning, but it was the former members Jorgen (singer), Morgan (drummer) and Klas on guitar that started Beseech in 1992. They played in different local bands, Klas in a punk band, Morgan in Cemetary and Jorgen in another band I don´t know anything about. As they had some friends in common, they started to talk with eachother and noticed thay they wanted to play a similar kind of music and on this way it is ...”

Do all members still live in Borås?

What do you guys do in the free time?

„Some of us more than others, but in a little town as this is it´s not so much other things to do than be drunk at weekends and go to our local rockplace and look at other bands, but we are growing older so the day after are always to wake up in hell. Other things we do besides drinking are to look at movies, be with friends and drinking coffee or playing music of course.”

Which were your early idols out of the Metal scene and which ones have influenced the band more or lesser?

„To be honest I started to listen to Samatha Fox and Sabrina, hahaha... but realized soon that it was not much behind the breasts, hehehe... but a band I still like from the early days is Depeche Mode, a really great band that still makes great music. They are a influence of course but other bands that I taken to my heart are The Doors, The Beatles, Supertramp and some more that I can´t think of right now.”

What time you have decided to bring Beseech to life and why?

„If you talk about me, Beseech came into my life in 1993 on the second demotape `Last Chapter` and before that I played in different Thrash bands but Beseech was the first real band for me and to talk about the question why, it was because I wanted to have a more serious relation with music and Beseech seemed to be the right band for me and the guys that played in Beseech seemed to great.” 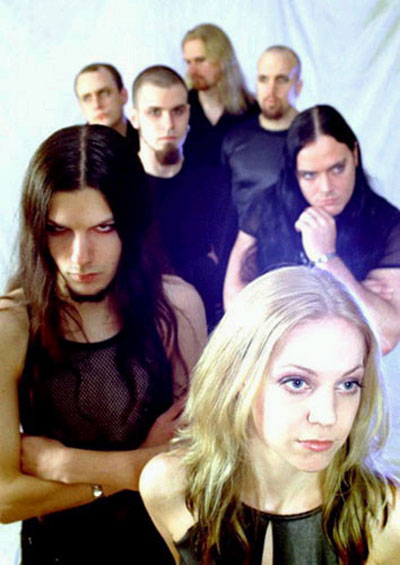 The debut album was good, the follow-up was truly brilliant, one of my all time favourite albums. But the new one is ... not, what I‘ve expected. Certainly many fans will need much more time to get into the new songs! Your opinion?

„Yes, I agree that it´s been some changes in the music but I think that fans still will hear the vein of Beseech and that this is a natural step for us to do, but I have the feeling that most of the fans and new listeners will like `Souls Highway` more than the previous ones in many aspects. Besides the music itself are there another big changes as we changed male singer to Erik Molarin and that Lotta now have more space in the music. The reactions mostly will be about our new singer I think, and so far there almost been just positive critic. We also feel that we found the rigth chemistry in the band as for the first time in a long time we enjoy rehearsing and like to meet eachothers. That´s the most important thing, to do what we want and be comfortable with eachother.”

„Black Emotions” was an overwhelming piece of dark emotions. But the new one is pretty different! What is the biggest change in your opinion?

„The music now have a more darker and melancholic touch than `Black Emotions`, especially the lyrics that are highly personal and touches me and Klas minds and real life experiences a lot. The lyrics circulates a lot around death, love and other deeper thought about worlds beyond this and the musical changes are mainly the fact they we now are better musicians and composers and managed to get the sound and feeling in the music that we wanted with Erik´s deep voice and Lotta´s more powerful and energetic kind of singing.”

Why have you done that stylistic step?

„This album are a natural step for us, to experiment and make the music we feel is right for us. Maybe are `Souls Highway` more commercial in some ways as we have cleaner song, the music are straighter and harmonies are more easier, but we didn´t decide to make a album this way as the music are just a step in our development and if people think it´s commercial it´s ok for us, we just do what we want.”

How did you get the deal with Napalm Records - long search after the horrible misery with Pavement Music?

„Yes, it was a misery with Pavement as you said with no contact, no money and worthless marketing and we broke the contract with them (as other bands did as well I think...) after the tour with Theatre Of Tragedy and Lacuna Coil in the beginning of 2001, at the same time Jorgen left the band because of personal problems and we searched for a new singer. With help of contacts we found Erik Molarin that sang in Thrash Metal band and was a fan of Beseech and tested him for a while and it did sound really good with the new material. So we recorded a demotape with three new songs and sent it to a couple of labels. Napalm Records was one of those who liked it and on this way it is ...”

Why did you choose Napalm Records?

„From the labels that liked the new material we actually choosed the one with best reputation in the underground music as we talked with bands, magazines and other peoples that work in this business and Napalm Records was the one of them that had it.”

What is behind your band's name?

„It was our former drummer that came up with the name Beseech (actually the same guy that came up that the name Cemetary, another band he played in from the beginning). Beseech is an old english word that means the same as conjure or possess and are often used in older books and novels such as Shakespeare.”

What does the title of the album mean?

„We think it´s a perfect title as the topics often circulates around deeper thoughts as for example when we loose someone close and questions around that, what will come after this life and other abstract things.”

Where is this „highway of souls”?

„It can be through yourself or the way we´ll walk to the other side when we die.”

Who walks on there? 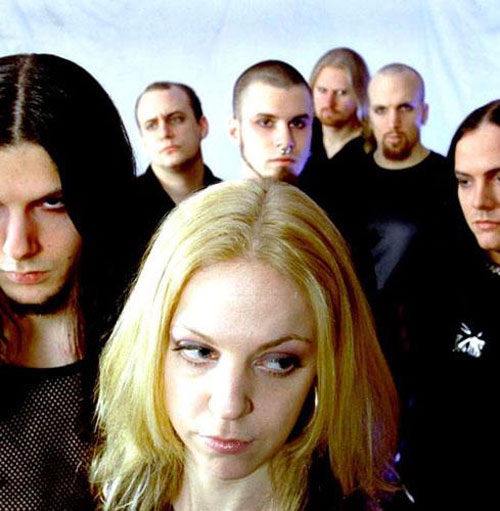 The Pop music of the present is lousy and poor in direct comparison with bands like ABBA - mostly less to zero talented puppets in the hands of greedy managers! Why did you decide to covering a hit from these Swedish giants of timeless excellence?

„I just came up with the idea one day but we didn´t talk to make a ABBA coversong - it just became that way as I explain later ...”

Are you an ABBA fan?

„I´m maybe not a fan to be honest but I like many songs they did and respect them as great musicians.”

„Before that day I thought about it as a cover I must have heard it 1.000 times but one day I just got the feeling that this song could be very cool as a cover. I got a kind of dark feeling from it as I think the lyrics are pretty dark too so it could fit us very well I thought. From the beginning we wanted to change some words in the lyrics to make it little cooler but it´s almost impossible to do with their agreement so we use some other words when we play it live.”

In which artistic direction the music of Beseech will go?

„I don´t really know, we don´t plan wich kind of music we want to play, the next album will maybe have other feelings and emotions but you will always hear the vein of Beseech.”

What is your greatest dream on earth?

„It´s no crappy things about peace on earth more a dream coming true that this world just is one dimension of many others and we´ll start somewhere else next time.”

What is your greatest fear on earth?

„We really looking forward to come out and play as much as possible this year and the autumn tour are so far planned in Germany, Austria and France but there will probably be some more countries in the end we hope. We´ll also play at this years Eurorock (Belgium) in August and looking forward for this event. Hopefully there will happen much more things with Beseech this year so keep your eyes open and make a visit to our homepage for the latest info and updates at: www.beseech.net”