Finest Pagan Black Metal from the Celtiberian lands is brought to your ears by these grim black souls.

Berserk´s third full-length studio album „Cries Of Blood And Hate” is consequence of a long work.

The new release is more aggressive in comparison to their previous albums, but also more epic and melodic.

And the five black dressed Spaniards know their craftsmanship really very well. So I did a conversation with guitarist Forjstorm, bass guitar player LordMonk and drummer Träg.

What´s your personal view about the world´s situation in 2007? In my humble opinion the mankind has never been mental sicker before.

Forjstorm: „We are floating in the sea of decay. That's a real fact that mankind is the worst thing ever, arrived at this point. And that makes me be between the misanthropy and the philanthropy, since I´m philantrope by nature, but the situation makes me hate the way that mankind tries to destroy itself, and all around.“ 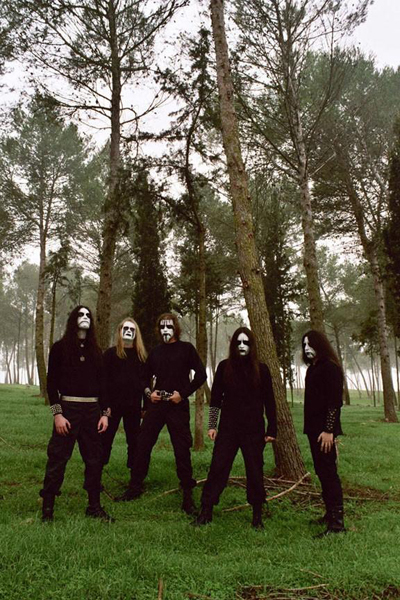 The very best way to escape this highly terrible mess of rigidly globalized plastic-culture is to go in the forests, find back to ancient spiritualism and relax! Do you practice such?

Forjstorm: „I live in contact with nature, I try to practice it often, since I don't like the speedlife, sometimes I need to take a break, but not as often as I would like. As you said we are all living in that "globalized plastic-culture", but don't forget CD's are partially made of plastic.“

What is your biggest artistic wish for the following year 2007?

LordMonk: „Well, maybe one European tour could be really great. Now we are working in the process of composition for our fourth album, and searching for shows to present „Cries Of Blood And Hate” CD. So we would like to compose a new great album and enter studio at the end of this year.”

When you look back to the beginnings of Berserk – has all developed exactly corresponding your plans?

LordMonk: „Yes, we are proud with the work done and with all we have got until now. Editing three good albums and playing together with some of the greatest level bands make us glad of our situation.“

How is the chemistry in the band currently? Any important news about the line-up?

LordMonk: „No, the last change was made at July 2005, Träg entered as the new drummer, and Frozen Wind moved to guitar.”

In which way the musical style for the new album has been found by you guys? Comment the process of songwriting!

Träg: „Forjstorm is the main songwriter in the band. He is who writes the lyrics as well as music. Forjstorm brings his ideas to the rehearsal, they are set in common and all together look for the best way to take those ideas to a finished song. The new album could be labelled as Pagan Black Metal, including more modern elements.”

Please tell me some influences for your new compositions!

Forjstorm: „Our main influence is Metal; inside this style, we like a lot the Norwegian Black Metal bands of early nineties.“ 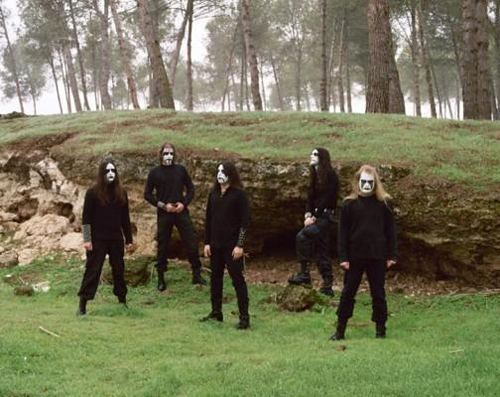 About the work for „Cries Of Blood And Hate” in the studio – where got the new album recorded and produced?

Forjstorm: „This work was recorded at Artica Studios (Ciudad Real, our town) in Spain. Later we asked Pytten to mix the album at Grieghallen Studios, but he was very busy at that moment. We contacted Børge Finstad and he mixed and mastered the album in Toproom Studio, Norway, in March-April 2006.“

How was the time in the studio? Any relevant things to mention, beside compulsive daily hardcore-drinking?

LordMonk: „The recording of „Cries Of Blood And Hate” was held in December 2005. We dedicated ourselves only to the recording and we were very concentrated, so we barely had alcohol. We can’t tell any thing in special, but the studio is in a very small town near our city. Imagine five long-haired, dressed in black men entering a bar to eat...“

Please describe the lyrical conception of the new release and please list some lyrical influences!

LordMonk: „We like to talk about traditions, legends and myths of ancient times. Our influence is the paganism and the fight against Christianity. The lyrics are like tales where old values are present every moment.”

For which content/meaning stands the new album title „Cries Of Blood And Hate” – cries of revenge for all the outlawed wisdom of the ancient ones?

Träg: „Well, it’s the title of a song, so maybe you can read that song’s lyrics. Anyhow, lyrics are, in some way, more personal than before.“

How deep is your spiritual connection to heathenish powers?

Forjstorm: „You can't break up that kind of connection, the heathenish powers are certainly the life powers, for us, or for me in first person. I claim that I´m a true man, with true values.“ 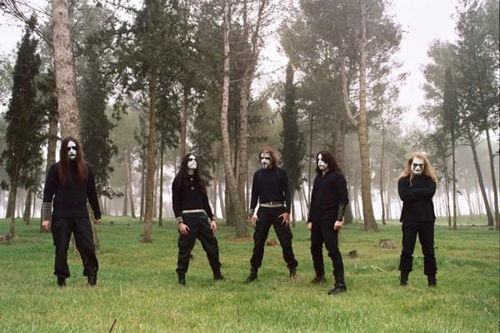 In which mood was felt the best creativeness for „Cries Of Blood And Hate”?

Träg: „Personally, I think that creativeness can be present in many ways along very different days, it can be influenced by recent livings, day by day things, travels… so many moods bring different levels of different views on inspiration. Some days it’s better, some days not. But almost all of them have something to take from.“

Any specific differences to the previous album to tell?

LordMonk: „Yes, the new album is more melodic and aggressive than the other ones. The slow parts are slower and the strong riffs are stronger as well.“

Who did the frontcover-art this time?

Forjstorm: „The artwork was made by Diego Alvarez, Träg´s brother. We are very happy with the work. It is some different in respect to what we used on the last albums.“

Which are your most relevant live-plans for the future?

Träg: „Well, now we are really focused on composing the new album. We have already three songs composed. It’s true that we’d like to do some tour to present „Cries Of Blood And Hate”, but it’s quite difficult to arrange something like that. Thanks for the interview, and sorry for delay!”