„Thelema.6“ contains truly superior riff-storms. Massively brought on the plan also through the dominating brilliance of the new material, I‘m highly interested in a dialogue with eternal idealist Nergal.

Hey Nergal, what was the reason to change your musical style in such extreme form? In the beginning there was raw just Black Metal with misanthropic attitude… 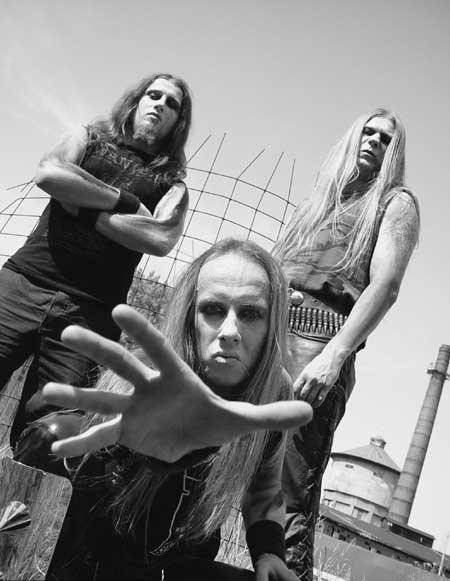 „Well, actually we didn't just changing our style. The progression you speak about is due to the long process, evolution what I all it. We never intended to switch from Black to Death Metal ... we simply play the music we love ourselves. We never stated that we are not gonna change! This would be silly if we really said so. First of all we have to be honest to ourselves, satisfy our own needs, please ourselves with the music we like. There's so much feeling and emotions in Behemoth's new album... that's what should be real important to people. Not labelling all the time, it's so dull and useless. Just listen to the new album, and get inspired. Apart from this, tell me – where is the difference between Black and Death Metal! Aren't they about the same, being extreme? For me there's very thin line between these style and honestly I never give a shit about discussions if something Black or White, Death or Thrash... whatever... it has no sense. The only sense I see is valuing music as either good or bad – sincere or insincere. But back to the point... Behemoth is still very theatrical, we have our roots in Black Metal origins, we still use fire-breathing and we paint our faces... but the truth is that we've become a Black Metal band with its own and sophisticated approach, something what differs us from thousands of other Metal bands...To sum it up. We are Black Metal, we are Death Metal, extreme Metal... we are whatever you want us to be as long as it's good and quality stuff, understood?”

Any line-up changes to mention?

„Heh ... we've had several line-up changes throughout the years but now it seems to be more stable. We are trio: me, Nergal, Inferno on drums, Havoc on guitars and session bassist Novy from Devilyn.” Under which influences has been written the new material?

„Hm, you know... there are lots of bands that influenced us with their music, just to name a few of them: Morbid Angel, Mayhem, Emperor ... these are those who really deserve a great respect. But besides them I'm also into Danzig (even formed a band called Wolverine which plays this evil kind of stoner stuff, like Monster Magnet & The Cult). There's also Nick Cave, Diamanda Galas, Ulver, NIN (Nine In Nails), and many others who really made a great impact on me ... musically of course.”

What's the main reason for you to play such brutal music? Showing the sick world the fist in the face? Or is it a form of anti-religious rebellion?

„Well, in a way it might be interpreted in this way... Of course, I see Behemoth as a very rebellious form of art. It's still anti-Christian, anti-many things... everything that makes me feel disgust about the world. But Behemoth's music is too complex just to give it a simple description, you know. We are varied, we put in our music many different ideas, emotions ... not just a negative stuff, frustrations, pain and that kind of things ... there's also place for real passion, love, enthusiasm and so on.”

What drives you to express your thoughts and visions in Behemoth? 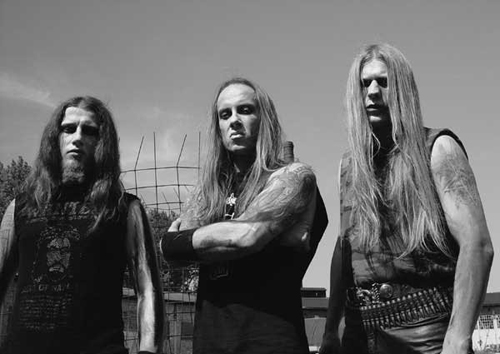 „Why we do it in this band? The answer is simple... we just find this music appealing to ourselves the best way, we feel very close to this genre... It seems like brutal music is the best artistic form to express that kind of feelings, maybe not the only one. But we think it just perfectly appeals to what we stand for.”

Tell about the lyrics of the current album! Lots of blasphemous stuff?

„Hm, the lyrical concept is as varied and complex as the band itself. We deal with many different topics, from culture, historical stories, that deal with ancient civilisations, pagan magical systems, modern philosophy and occult topics. Lots of stuff deal with Crowley, K. Grant, A.O. Spare... basically the guy who's my close friend, Christopher, writes also some stuff for Behemoth and he's really devoted to that kind of things. The guy also made me interest in magick. Sure, there are many blasphemous aspects in out music. But I see it as a very natural thing. It's just some kind of feeling that breeds deep within me and has to be shown, has to be expressed. Otherwise I might get sick easily ... he, he... You know, I reckon man should speak out all the things he keeps within, it makes one clean and pure, you know. I hope it's clear enough what I try to tell you...”

The new material is sheer hyper-perfect Death Black Metal in his purest and nearly best form. What's your own definition of the style and where do you see yourself with Behemoth in this real big market of hard music today?

„Hm, I guess we don't have that kind of problems, to be accepted by all extreme music lovers. You see, we've been around for many years, and there are lots of freaks who still like our stuff, with each new record we gain new listeners, we might also lose some elder ones. But generally we're getting "bigger", you know. More and more people buy our records, more labels get interested in Behemoth, we get more and more offers for live performance, so... I have no reasons to complain. At last I do what I like the most in life. OK, maybe we are not the biggest band, but we consequently trying to reach the top and I'm more than sure that with each next album we're getting there, you know...”

What does the term „Thelema” mean, what's the story behind?

„Thelema means "will" in Greek and it's closely related to Aleister Crowley and his occult path, the magick he created. The word of thelema is "Do what thou willt shall be the whole of the law"..."Love is the law, love under will". I guess many people already know these statements, but know nothing of their background. Thelema is also a great word which represents very powerful and inspirational force; vital force that make us carry on, go through every day...You might as well interpret this title as you wish... that's another great thing about it.” 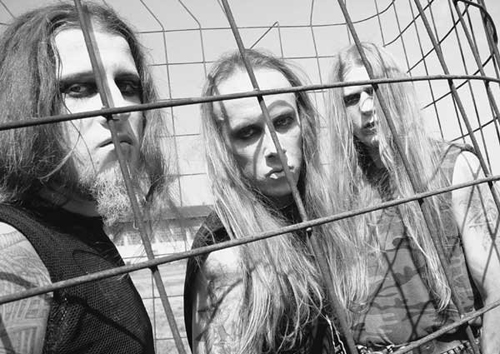 What do you think of Polish Black Metal scene?

„Basically I see no interesting Black Metal bands around... generally Polish scene lacks that kind of bands... But I respect many others, like Lux Occulta, Yattering, Devilyn, Trauma, Elysium, and a few more. In most cases we have very good, friendly relations to those acts.”

Report a bit out of the spent studio time for the album! Some meant, you did the whole recording by yourself. How long did last the work on the new release?

„Not really, the truth is that I was the produce again. The album was engineered by me and Arek Malczewski … well, it took us almost two months to complete the recordings ... recording the tracks, mixing the album, than mastering ... generally I was in the studio from July until the end of September with some breaks … it was a helluva job, believe me. We worked hard as hell, staying in the studio to 18 hours non stop, just to achieve the satisfactory result. You see, the studio we entered was never experienced in Metal. They used to work on high standard rock productions, the biggest rock bands here in Poland... and we felt it might be a great idea to do something fresh and new. We didn't want Behemoth to sound like other bands, in Poland we have a few rather cheap studios where most of Metal albums are recorded. But as Avantgarde Music provided us with a huge studio budget we decided to challenge the situation, to risk a bit and enter this exclusive rock studio... well, the effect is just blasting. I'm more than satisfied really... we proved that Metal album recorded here, in Poland can sound at least as good as productions from Abyss, Fredman, or Woodhouse studios...”

Behemoth will strike at the Xmas festivals soon, what are your goals there?

„To dominating Europe! We are very determined now. We have an excellent album out and we feel we can win a lot in this battle. We treat this more or less like gladiators, you know... the best wins and I'm sure we have the potential to grow above the avaragism of today's Metal scene and become a top band along with best ones... Well, maybe it's not really modest what I'm saying here but I think we've never really reached anything if we wouldn't believe in ourselves. Behemoth is the most important part of our life... we dedicated ourselves to this band, and now we are honoured to be on the bill with Morbid Angel ... to reign forever world! Thank you for the support, Markus! German scene has always been very generous for us! Thanks all of you out there. Wait for us and let us all renegades unite! Magick. Freedom. Art.”