For years now, the extraordinarily penetrating and captivating epic Melodic Dark Metal sound of these Finnish hopefuls stands in the sign of the most striking aesthetic.

In spite of all musically stable intensities, the touching emotional songs of the Scandinavians obey the dictatorship of timeless beauty and noble grace by founder, growl-singer and multi-instrumentalist Tuomas Saukkonen.

Winter music with sun nuances, powerful pulsating melancholy, so to speak, whose hypnotic attraction is difficult to escape. Recently, the four-headed, line-oriented group completed the work on the successor to the 2008 album „Soundscape Of Silence“.

And even a new label change could not affect the individual stylistics of Before The Dawn, as the new release „Deathstar Rising“ impressively reveals. I speak with Tuomas. 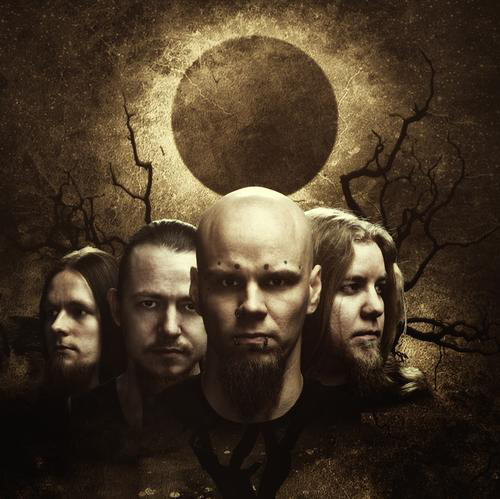 One whole decade of existence lies behind Before The Dawn - what's going on in your head when you think about all these times?

„Good times and bad times, hehe. Luckily mainly good times, hundreds of gigs and thousands of fans along the way. We have had our rough times but still managed to keep things moving forward with each release. Past few years has been like a fast forward compering to the first years. Finally a diamond line-up, after previous album touring in 17 countries and now a new deal with Nuclear Blast. That is a good way to begin a new decade for Before The Dawn and gives a nice golden frames for the first one.“

You had to go through some label changes so far - have you ever thought about to end Before The Dawn?

„There were times when I felt that maybe it is time to put my focus on my other bands and let Before The Dawn go but since I am pretty bone headed person I never did that and no matter what kind of set backs there was on the way we managed to get through. So much work, time and money invested into the band by me that sometimes the frustration hits pretty hard. The older I get the less tolerance I also seem to have for basic music business bullshit. But now things are going strong ahead and not planning to stop for a long time!“

What do you like to tell in general about new musical facets on the new release?

„Well finally we managed to walk through the entire process from song writing to mastering without any crisis or problems. The whole line-up did amazing job in the studio and not even a single technical set back. Seems that our bad studio karma has finally given up. More focus was put on the production itself since there was no "broken puzzle to fix" in the studio and that can be heard within the first 30 sec of the album. The sound and production is stronger than ever. I wanted to produce very guitar driven album and we actually skipped all keyboards from this album to give more room for the heavy bottom guitars and the main leads. And it seems that the older the band gets the heavier becomes the music also, hehe. At least in our case.“

The musical style of Before The Dawn hasn't changed so much, luckily. So it's still exact the style you want to play?

„We haven´t been changing the style much during the past years. Mainly just fine tuning it. Our music includes influences from many different Metal styles and by using 2 different vocal styles I don´t see that we could start to repeat ourselves that easily. I never think too much when I am writing music for Before The Dawn. I just write music that fits to my ears and what I would like to play live. Would be impossible to think of doing something different just because of the sake of doing something different.“ 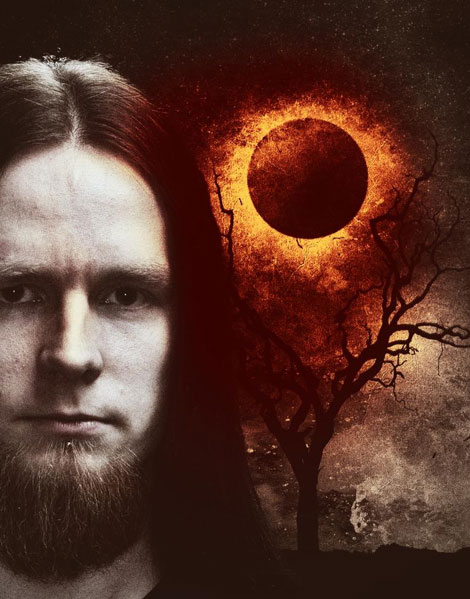 What can you do for the fans with your upcoming music what other candidates can't?

„After 10 years of hard training with album making and and music writing we have managed to skip all the nonsense aka pressure from the outside (fans, labels etc) and we put all our energy to make music that we stand 100 % behind. I see that as an only way to create something solid. Sadly not many bands seem to follow that path. Or maybe I am just very picky when it comes to music. We just do it simply better, hahaha.“

What's your ideal song on „Deathstar Rising“ and why?

„The opening track "Winter Within". When I put the album on, after the firs few seconds I already want to be on stage playing the song. That is the best feeling when I here my own song. There is a lot of energy in general in the songs on new album and a lot of songs that will be awesome live songs.“

The new material sounds partly pretty catchy - how did developed the whole thing until that fine result?

„Well our style is melodic and groovy Metal with really heavy guitars and both growling and clean vocals, so would be kind of a epic failure if we would be unable to make non catchy music, hehe. I wanted the album be catchy, melodic but at the same time the heaviest of our all album without forgetting the melodic nordic mood. For gods (or satan’s) sake we are a Metal band, so sounding happy is not an option.“

I guess, you guys are fully satisfied with the songwriting for „Deathstar Rising“?

„Yes but also very happy with production and the input of each band member. Our new drummer Atte gave the biggest upgrade with his insanely groovy and heavy drumming. Writing songs is an easy job. Producing a solid and strong album where each little piece is in its own place is the real challenge.“

Please tell about your proudest own achievement on the new release!

„Since I wrote the music and produced the album I would say that my proudest achievement is the album itself. That is simply the best feeling in the world when you put the CD on and you just want to raise your hands and shout aloud. Sorry to say girls, but that is even better than sex!“

Which main topics contain the lyrics of „Deathstar Rising“?

„A lot of personal stuff like always in my lyrics. Not that interested of doing deep analyze in any kind of public forum.“

What are you still looking for in terms of development of Before The Dawn’s musical style?

„Difficult to say now. Haven´t started to write any new material so can´t say which direction we would be going musically. Would be very interesting to try to make the 7th album as a 100 % theme album in style of Queensrÿche.“

Your biggest hope with Before The Dawn for 2011?

„To be able to travel and tour as much as possible with the band!“