When the furious Noora Louhimo opens her mouth in the midst of these Finns, then, as it is well known, a thunderstorm rages! Also the songs of the fourth album „Bringer Of Pain“ are sung by the blonde wildcat with so much strength, fervor and variety that many of the male colleagues should be pale amazed.

And the extremely playful, whose bluntly motto is ‚100 % Heavy Metal - 0 % Bullshit!‘, pounce on the successor to the 2015 „Unholy Savior“ undisturbed a liquid as well as firing dynamic mix out. 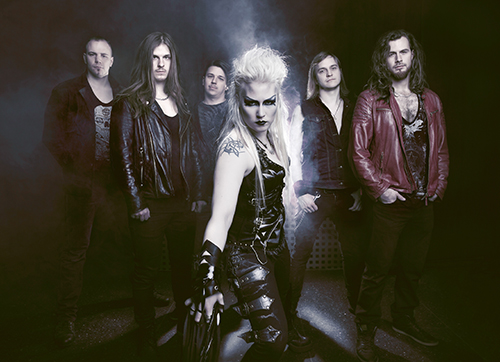 Noora makes a short break for me from her screaming and hissing.

How do you feel with this outstanding, ultra-fresh collection of new songs?

„We are very excited and can't wait to get on tour showing the new stuff to people.“

The basic direction of the new release with 2 words: pure power!

What drives you to carry on with the band with such immense creative power and enthusiasm?

„Thank you so much! We just love to do music and most importantly our goal is to do good music. Now that we made this new album using the whole bands potential and creativity, we have to face it: it works. We all are passionate people in our own ways of personalities and that can be heard on the album as well as seen on stage.“

How important is authenticity of attitude and passion for Metal inside Battle Beast?

„The most important is the chemistry and relationships in the band. Everything else is just a bonus. It is not important to have passion for only Metal but overall for music and you have to be interested making and performing music in this band.“

What counts most for you in making music with Battle Beast?

„Good taste, power, melodies, stories, big sounds, catchy riffs and being brave enough to do whatever the hell we want with music.“

„Janne Björkroth, our keyboardist, has written 7/13 songs, recorded and produced the album. I have a great respect towards his working ethics and him as my friend and colleague. The input of our new guitar player Joona Björkroth, was also tremendous - he started writing demos for Battle Beast before he even knew we were considering him to be part of our beast-family. He end up writing 4/13 songs to the album. I co-wrote "Bringer Of Pain" the song with Joona and it was a great and painless experience. He wrote the music, I did the lyrics and melody. Rest of the songs are written by Eero Sipilä, our bassist and Juuso Soinio, our guitarist. Our beloved drummer Pyry Vikki did consult us with his advice and opinions about the songs and put his whole heart in to the album, as well as everyone in the band. The "Bringer Of Pain“ album is the new, stronger and even more crazy beast and she'll kick everyones ass!“ 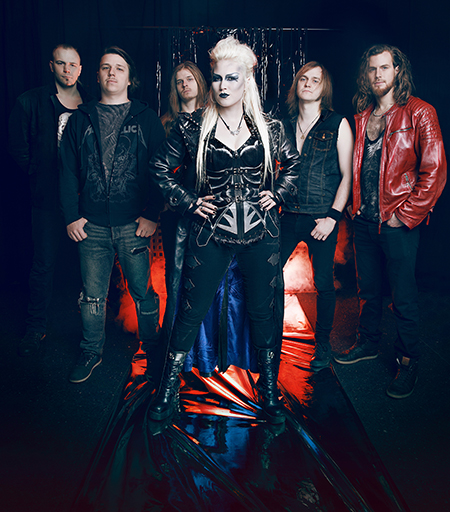 „Bringer Of Pain“ reveals a musical adventure of many sharp contrasts, all served in an delighting homogenous style. Listeners get rewarded with a very high degree of intensity.

What is the personal recipe for the liquid flowing elements in Battle Beast?

„It's a family secret. But what I can reveal is that with good, fresh ingredients the final result can be made into the best dish you've ever had.“

In what kind of moods are you guys able to create the music at best?

Your voice seems the very best for the band in the current style.

Were the songs built especially around your powerful and high diverse singing?

Or did the band start with the songs basically and you brought yourself inside on a suitable way?

„In this particular album the songs were made for my voice. You can here from the album the freedom of creativity and how freely I use every aspect of my voice. As a vocalist and interpreter my most important job is to bring the song alive with the final touch - the voice. Of course when I sing a song - I always sing it the way it demands. It is my task to make people see the story of the song with their ears.“

„Familiar Hell“ is such a fine example for the ‚new‘ Battle Beast - it sounds, as late 80s Canadian AOR Rockers Heart, would go Metal. The new album ‚rocks‘ even more now anyway, and comes more commercial as before, while it contains a well fitting touch of some 80s Pop-Appeal … your opinion about it?

„Funny you mentioned Heart, which is one of my favourite bands, love the vocalist Ann Wilson. "Familiar Hell" is very ear friendly for Hard Rock listeners and has the Battle Beast signature sound. New form of Metal music has been born - RockMetal.“

The ‚poppy‘ production is therefore absolute perfect for the new material, what do you want to tell about it?

„Like I mentioned before Janne as a producer and mainly songwriter for this album has influenced a lot how it turned out as in sound and music wise. As Janne, I do have also Pop influences in my history as a musician. It is very interesting to be starting this new wave of Heavy Metal - with Pop flavour.“ 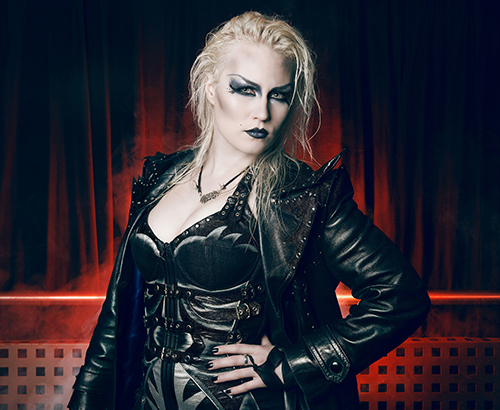 How important are catchy melodies for Battle Beast?

„It is the most important thing in a song - good and catchy melody.“

„Bringer Of Pain“ is suitable for many ears, as I think … for what special musical ideals of the band stands the new album release mainly?

How long was the songwriting in total for all the new material?

„We started doing some demos already in 2015, so about 1-1,5 years. The making of the album with it's production about 6-8months.“

Please tell a bit about the songwriting process itself, any highs or lows to mention?

„It is always a process of giving a birth to the songs. Sometimes it just comes out easily and sometimes you have twist and turn it before it's delivered. It's painful and rewarding. You love it and hate it - at the same time. The best moment is when our song (new baby) goes out in the public for the first time. It is always a nerve breaking and exciting moment to see and hear peoples' reactions.“

„Bringer Of Pain“ is inspiring to read - which concept and vision is mainly behind the album title?

„"Bringer Of Pain" is a good punch line, it sticks in your head, is very Heavy Metal and powerful name. It also gives the association of the "Painkiller" of Judas Priest, which I don't mind at all. "Bringer Of Pain" is a female character in its' titled song - she is the heiress and the warlord of the Kingdom of Glow. Glow is a new fantasy world I created while doing the song. The story of this intriguing woman will continue in the next album.“

Song titles as „Lost In Wars“, „Bastard Son Of Odin“, „We Will Fight“ and „Dancing With The Beast“ speak already pretty lots about the base of the lyrics. Please bring some thematic aspects of the new album closer! 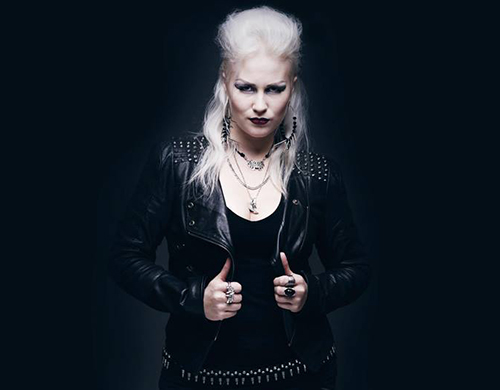 „I overtake the following quotes directly from the writer of the lyrics. The guys in the "Lost In Wars“ lyrics are even above Mr. King, having endless amount of power, money and other resources. They are acting backstage, without showing their faces and steering the whole world. For them, other people are just providers, slaves and mass without human dignity. They only want to use them to get the maximal profit. We try to answer them, but we’re helpless in the middle of their wars and money making. "Bastard Son Of Odin" is actually inspiration of a guy in the bands close circles. He is like "Bastard Son Of Odin". As a song it is also having fun and being truly Heavy Metal. "We Will Fight" was actually written with the whole band, mostly Juuso, but everyone did participate. This a Metal anthem for never giving up and winning any obstacles and keeping your head up high until the end. "Dancing With The Beast" is about an addiction. To alcohol, drugs, money, a poisonous relationship or whatever. The battle with that addiction contains fear, loneliness and facing the storytellers own demons.“

„Thank you all for supporting us and loving us. We are beyond the words grateful for giving us the chance to perform to the world and do our dream job. Get own copy of "Bringer Of Pain" and find the nearest city we're playing at and come to our show. See you on the road and let's roar together!“