With their new concept album „Doombound“, the Finns show that they are also capable, in addition to compelling music to act confidently on lyrical level.

The result is a round and for the band probably typical Fantasy Metal mixture of musical art and poetry, which can reveal a whole a lot of new highly interesting facets of Battlelore.

The factors epic, drama, melody and aesthetic requirements have always been very important for the people involved. And you can hear that on the new, meaty song collection as much as ear-friendly again. 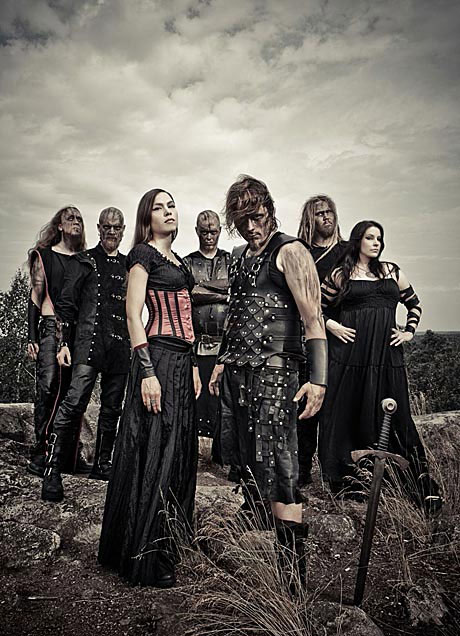 The new Battlelore record „Doombound" - what is to tell about mainly? New facets of your music on the release?

Henri: Well, „Doombound“ is our sixth album and one noteworthy thing is that one of the songs is fully made in Finnish.

Jyri: Yes, the lyrics of „Kärmessurma“ (translation: Dragonsdeath) are inspired by the Finnish folklores and spells and the theme fits perfectly to the concept of our new album.

Henri: I also think that we have all improved as a musicians and you can really hear it. Hopefully people will like it.

Jyri: That's just natural progress and I am very satisfied that we have managed to improve our music with every album. Of course it could be risky to do things differently and try new things, but for us it gives the right kind of excitement for the songwriting.

Why a pause of 3 years between the last and the new album?

Henri: We didn't feel any hurry and of course we wanted to concentrate making the album as good as possible and rehearse properly before the studio, so that took some time.

Jyri: We released our previous album in the middle of 2008 and this new one comes out in January 2011 so it is not that long time between the albums. We did a couple of tours and a lot of festival gigs so we haven't been just laying on our backs during that time. The time has to be right for the new album, there's no need to push or hurry anything if we don't want to.

Henri: I think that our fans will find the old Battlelore but in renewed form. As I mentioned before, we have a whole song in Finnish language which is something we have never done before. We have also tried to make the new album more comprehensive and more eloquent than before. Those fans who will get the digipak version of our album, will get a nice bonus too.

Jyri: Our main audience comes from the Pagan/Folk/Gothic Metal genre and if you listen to our songs, you'll hear that those are quite different comparing to the ‚basic’ songs from those genres. Even though we have swords and medieval-like outfits there's no pipes and balalaikas in our music. I believe that we definitely jump out from the form. 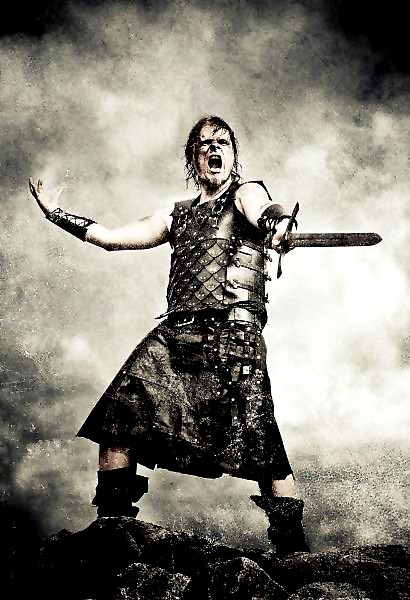 Henri: The tittle song „Doombound”. I like it because it takes you from a mood to another. The composition in this song is great.

Jyri: I think the same. There's very different kind of songs in this album, but in „Doombound” there's all the ‚Battlelorean’ elements in one song.

Please tell also something about your proudest own achievements on these album!

Henri: I think I managed to make good drums in „Doombound” but in the other hand it was very easy because I like the song and as I said the composition is great.

Jyri: There's a lot of great moments, but maybe the final mix of the song „Bow and Helm” really blew me away. With that song I tried to reach the right kind of atmosphere, kind of a mixture between Battlelore, Summoning and Draugnim and I must say that I am very pleased for the result.

This time has been also Dan Swanö a creative part in the studio - are you satisfied with the sound of the album?

Jyri: Well, Dan mixed our previous album „The Last Alliance” also and as this was the second time working with him, it was easier to work with the tracks as we knew Dan's working methods and what to expect from him.

Henri: Yes, we are very satisfied with the sound. Dan is a true sound-guru and working with him was very nice and easygoing.

The new material sounds surprisingly partly pretty ‚beautiful’ - how has developed the whole thing until that fine result?

Jyri: I don't agree about the ‚beautiful’, for me it is more like melancholic and tragic, like the conceptual story in the songs. The tragic and sad mood was the one we tried capture on this album. For the whole band it was very important that the lyrics will match to the atmosphere of the music. Sometimes it takes a lot of work to reach the point when everyone in a band are pleased for the song and sometimes everything comes together very easily and naturally.

I guess you are fully satisfied with the songwriting?

Henri: In our band everyone has a freedom to write songs even though Jyri is the main songwriter. Still for example in our latest album Jussi, Tomi, Timo and Maria wrote songs and we are very lucky to have so many good songwriters in our band.

Jyri: I agree with Henri. I also like to try many different kind of songs and I am quite hard to myself. At the moment there's plenty of half made songs which would have been ‚good enough’ for the band, but for me there's something still missing. You have to be 100 % honest to your self if you want to succeed and reach the best possible result. 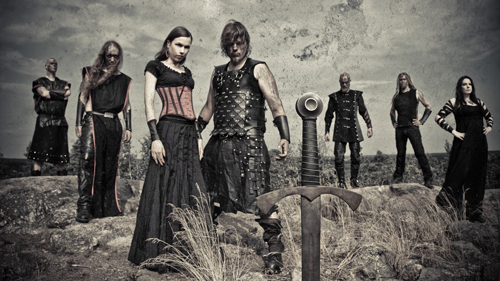 What lies behind the conceptual background of the new album?

Jyri: The story on this album is about Túrin Turambar, Tolkien's tragic hero who made a lot of great things, but died because of love and treachery. There's a direct connection to Finnish epic Kalevala in this story which also makes it very special and important for us.

What are you still looking for in terms of development of Battlelore's musical style?

Henri: I think that I can grow as a musician and develop my instrumental skills so that kind of development will bring lots of new things to our musical style.

Jyri: Hahaha! Henri is the one in our band who does awfully lot training and is always trying new techniques and stuff with his drums. It is nothing wrong in that, but for me it is more like the atmospheres and moods in our music and in that area there's a lot of things I'd still like to achieve.

Henri: I hope that we can play the biggest festivals around the world, especially in Germany because we've always had a great time there and hopefully our new release reaches as many people as possible.

Jyri: Yes, Wacken would be nice! We played there 2006 and it was a great experience! Basically I hope some great festivals and a lot of new fans!