With their new studio album „Evernight“, Battlelore present clearly their best and sonically most magnificent musical spectacle. In addition to their published great music these lovingly costumed Finnish warriors are known to be outspoken Tolkien admirers.

Therefore also the current epic tells again of the world famous Ring trilogy about the fate of the heroes of Middle-Earth. „Evernight“ is gigantic Epic Fantasy Dark Metal, which probably is worldworde in its high-class and valuable appearance still unique. 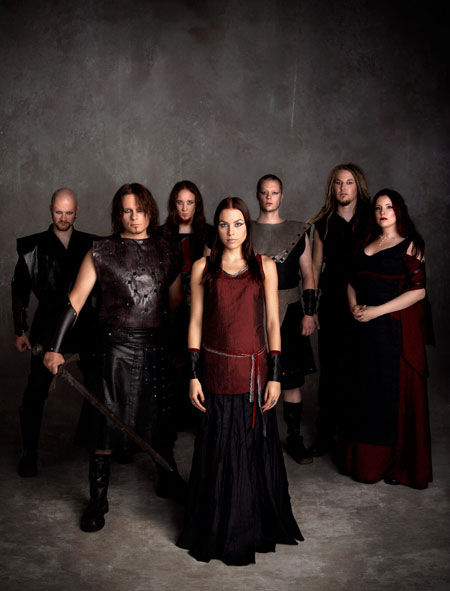 After the completely hysterical reactions about the films of Peter Jackson are now largely disappeared: is the band Battlelore still in the focus of many Metal fans?

„Yes, those movies have been a huge success and even though we use J.R.R. Tolkien's writings as basis for our lyrical and a bit musical inspiration we are not that much connected to ‚The Lord Of The Rings‘ as such. Our inspiration comes more from ‚Silmarillion‘ and just from the ideas of ourselves about what might have happened. I don't think that the movies have had that much to do with our success or lack of it. We have done our job as well as possible and hopefully in that way we have reached more and more people. Of course touring is one really big part of the equation here. Hopefully we'll be able to tour on "Evernight" and in that way get more and more people to see our show and enjoy our music.”

„Well, that's just the way the new songs turned out to be. There was some inner turmoil going on while making and recording the album so in a sense that shows on the album. We had some ideas about the way the album should turn out before starting demoing songs and that was that we wanted to make a bit more epic, more storytelling kind of songs. The change of studio and recorder/producer helped to mold a different sound compared to the one on "Third Age Of The Sun". Going back to Music Bros and Mr. Aaltonen was a wise decision at this point. Next album might once again be done in France with Terje. Who knows?”

„But also in the lyrics, which have become deeper and more personal than ever before“ – why?

„This time we decided to take a bit different approach and make the lyrics not so clear and to the point as before. So they are more metaphorical. Of course they have their inspirations in Tolkien's writings but they are harder to spot this time. So, more work for the fans to figure out. Hah!” 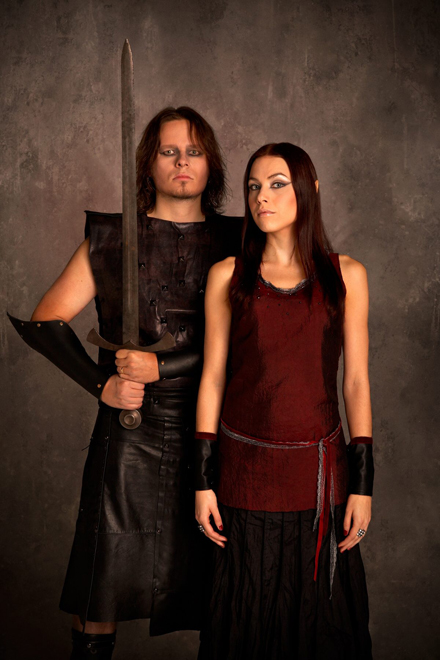 „‚Evernight‘ continues to remain loyal to the heritage of J.R.R.Tolkien“ … does the album contain the ‚typical‘ Battlelore lyrics?

„Well not typical. As I said before the lyrics are more thought and more metaphorical than before. There is not a mention of any place or name in the lyrics as is even though we do know where the lyrics relate to. As said there's more work for the fans to figure out the lyrics. And also this time around you don't need to be Tolkien fanatic to fully enjoy the lyrics. Of course knowing the background helps to find the bigger meaning.”

„But the band's sound has evolved to deliver more atmospheres and an obscurer end result“ – please explain these development! Which one is still your main focus in your created music?

„I think that this is just natural progression. There's now more people doing songs than before and that also broadens the musical direction as musically we all come from different backgrounds. For me that is really fruitful.”

Which are the main musical differences of the new one to the previous album?

„I would say that first of all "Evernight" is a lot more versatile than "Third Age Of The Sun". Musically it's more heavier and darker at least for us. "Evernight" is more a group effort as now Timo and I have been in the band for over 2 years and all the problems around "Third Age Of The Sun" were not present this time. I was able to give my ideas and opinions a lot more on the new album. Of course playing gigs and touring together has make us grown as a band and that shows on the songs.”

Were you very busy lately with the work on the new album? Did you have to go through difficult working passages?

„Well, this time studio session was quite easy for everybody else than Jyri who sat there through the whole session. We others just went in and played our parts and got out. And the fact that this was the shortest time we have used in the studio making album makes this quite an easy one. There were some problems occurring because of time plans and such but nothing too big we couldn't win. So basically Jyri's been the one who has bled his heart out during the sessions. Haha!”

When you first conceived a song or a riff for „Evernight“, what has been your starting point, a boundary or a direction?

„This is very interesting question... I think there were 3 songs that were ‚the first ones‘: "House Of Heroes", "The Cloak" and "The Dagger And Mask Of Flies". So, I would say that those kinda set the mood for the album but I must also add that after those the songs turned more and more heavier and darker.” 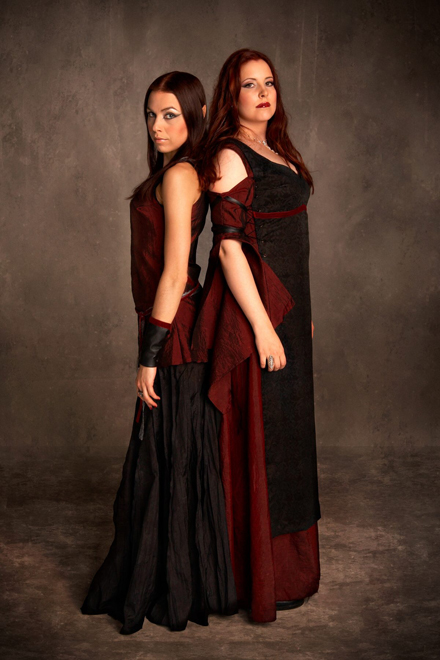 Some highlights within the new songs to mention?

„For me Kaisa's line "... and the woods" on "Ocean's Elysium" is one of the perfect moments. I also like my line „… all the seasons changes when ever we say! Aaarrgh!" on "We Are the Legions". That just rocks! But there are many little things in the songs that make the hair stand up. I must give ‚horns up‘ for Henkka's excellent drumming throughout the album. Especially the flying and grooving rhythm on the first riff of "Into The New World" is just great. Well, I must say that everyone of us has risen once again and created something excellent. Of course next album will be better than this one. But you'll have to wait for it and enjoy this one.”

„Sure! We have new costumes ready and new gimmicks planned. If we get touring possibility and some backing financially then we might come up with a bit more things than usually. But we'll have to see about that.”

„Hopefully still making music that makes some difference. 5 years is really a long time to think ahead.”

Your biggest love for whom at the moment?

„Well, this must still be my beloved wife.”

„I don't have time or willingness to wallow in things like that. I don't actually want to use energy on hating someone.”

„Thanks for this interview, Markus! Folks out there – check out our new album "Evernight" if you want your Metal epic and heavy with touches of beauty in it.”