They themselves call their stormy, brute whipping sound in all modesty simply „American Heavy Metal“.

But the highly impulsive performed Melodic Death Thrash Metal of the extremely capable US-Five from Detroit, Michigan is really anything but modest! The playful outstanding bunch around the bearded beast Kyle Gunther was founded in 2004.

And as the new, amazing album „War Of Will“ comprehensively makes clear, these enormously finger-practiced rascals have screwed their musical abilities ever since to dizzying heights. 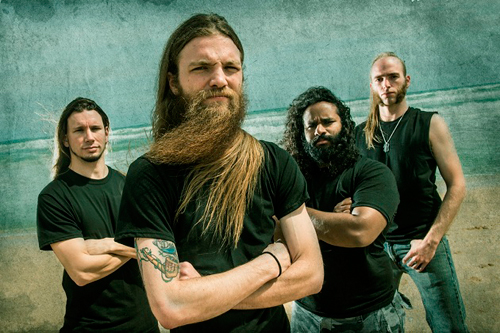 I talk to guitarist Hiran Deraniyagala.

The new material sounds pretty homogeneous, in spite of all the technical virtuosity and aggression.

What is your own opinion about „War Of Will“?

„I think "War Of Will" is an evolved and more mature „Battlecross". We've been seasoned from touring on the road and also we've grown as musicians since the first album. I think we still kept our sound but the songs also have more dynamic and sound more cohesive. This record really emanates the next step for us.“

Do you have to lead such a own ‚War Of Will‘ from time to time in your personal life?

„Yes, I think we all do. There's a goal you try to reach and there are so many obstacles that can stand in your way while trying to reach those. A lot of internal and external struggles happen. Being in a band, if you have so many things that affect your life within and outside of the band. Creating the songs, agreeing on the songs, touring in a van together, dealing with the stress on the road, personal issues within the band, issues that occur on the rod or at shows, then you have the outside things like family, jobs, significant others that play a role. The war of will is how you choose to handle those things and either keep pursuing your goal or fail. As a band and personally we're determined to push through it all.“

Which visions are running in your mind, while playing these new, massive thrilling material?

„I envision something powerful and epic and I also envision the hard work, stress, and struggle we had in the studio, hahaha! I feel really accomplished with this album and proud of what we did so I'm all smiles when I listen to it.“

With which expectation(s) have you guys begun the composing of the songs for the new album release? 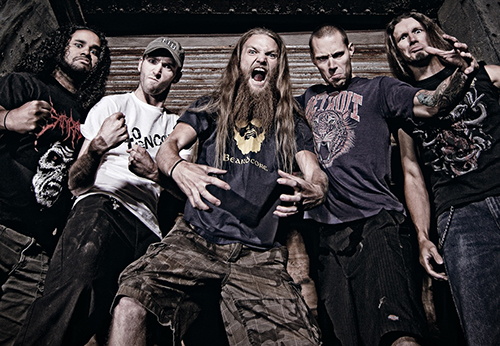 „We wanted to out-do the last record. We had pressure from the fans, the label and ourselves to prove that we could put out another record that would blow the first album. The first album had a lot of time to mature and be constructed before we recorded it because the songs were older. You have a different mindset when you make the first album because you're essentially doing that album for yourself but when it comes to the 2nd release after being on a label and having a wider audience and fan base you have these other factors that come in to mind that put a different kind of pressure n you. We were also under a time frame, we had a month left to finish writing before we had a tour and then going into the studio. We didn't really have time to rehearse the material on the road either. Also last minute we had a situation with our drummer ad had to have a session drummer (Shannon Lucas) step in so there were all these factors that possibly could have delayed the record but we didn't want to. We overcame those obstacles and made sure we did what we had to do to make this the best record possible.“

From where you`ve got the new ideas for the music of Battlecross?

„Our influences draw from everything we listen. We all listen to a broad range of music but we definitely don't determine what a song is going to sound like right off the bat. The songs start with a riff and build it from there. We like to write what feels good and natural and don't limit ourselves to sound a specific way.“

How ran the work for these new album mainly?

„We all out in our input on this one and I think that's where the maturity came on this record because the last album, Kyle wrote lyrics for only one song and Don stepped in halfway through writing the other songs so this time around everyone's input was on the songs. Songs start with a riff then we build everything else with drums, bass and vocals.“

How long was the songwriting in total for „War Of Will“? 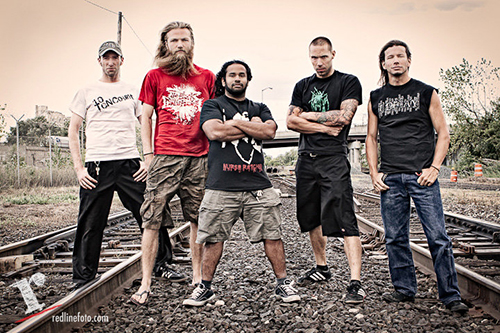 You've reached it well to build up an very own style. Was it very difficult for the band? Or did it come totally naturally anytime?

„It's definitely natural because we don't ever try to write a certain way or box ourselves into one style. We write what sounds good and run with it. We're very picky about our writing process and we're never satisfied until the song truly feels complete.“

Are special musical influences in your new Metal attack?

„Our influences range from the old school like Pantera, Slayer, Metallica, Testament and then newer bands like The Black Dahlia Murder, Woe Of Tyrants and Gwar.“

Please tell about the main lyrical content of the new of the album and the main author!

„Gumby wrote the lyrics for the album with the exception of ‚Ghost Alive‘ which was written by bass player Don Slater. The main content of the lyrics are about dealing with struggles and overcoming them. Basically taking something negative and turning into it something positive.“

How are the reactions to the album out of the United States so far?

„The reaction has been great! It's awesome to basically see people react in the way you hoped they would. My favorite response has been that we've outdone the last record! It's very humbling and I feel very proud of what we accomplished.“

„Yes absolutely, some of our favorites would be Amon Amarth, At The Gates, Vader, Children Of Bodom, In Flames, to name a few.“