The new album of these melodic playing Metal heroes is another masterpiece. It is titled „Perfect Balance“ and once more the band shows their fans high quality Power Metal on the highest imaginable level.

Each song contains much creative talent and the whole album is a big joy for every Heavy Metal freak, who is longing for technical musicianship and great charming tunes.

The timeless and amazing DeLuxe Metal of Balance Of Power can be described as best as a well balanced collection of musical emotions and passions for this style. Drummer Lionel Hicks reports news regarding the new release. 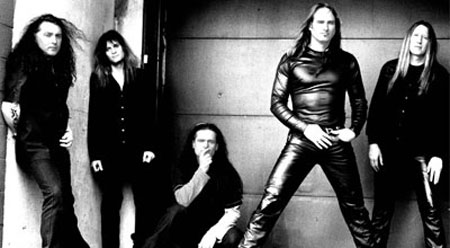 The current line-up should be one of the best the band ever had since their foundation, isn‘t?

„The band feels they have the ultimate line-up now, and hopefully it will remain this way as we are all very comfortable with the working relationship, and in the past this has not been the case. There have been certain members that we did not all see eye to eye with, and there were some creative musical differences. The only change in members for some time was Tony Ritchie replacing Chris Dale on bass. This did not seem a drastic change at the time as Tony has always been a part of Balance Of Power in the songwriting department.“

The band´s name is simply explained:

„We thought the band name Balance Of Power was the perfect name for us as we consider our music to be literally a perfect balance of powers. The powers being not just the Heavy Metal power, but also the power of the melody, because as you may know, Balance Of Power is progressive and heavy but it also has a melodic commercial edge.“

The guys are very proud about the new disc. Lionel: 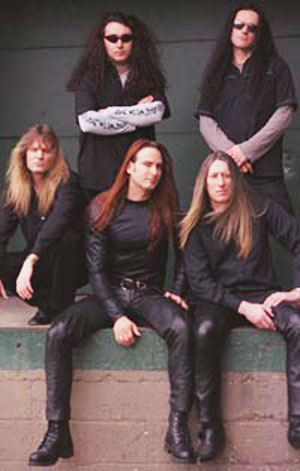 „`Perfect Balance` is Balance Of Power's fourth album and it is entitled perfect balance because we feel this is our best album so far as it is a mix we always strive to achieve – with melody and aggression, but also with a progressive edge.“

Balance Of Power create their great songs in a very well way:

„The way we write is firstly, Pete Southern (lead guitar) comes up with various guitar riffs. The next stage is myself, Lionel Hicks (drums and production), along with Tony Ritchie (bass player), choose various riffs and ideas that Pete has come up with, and arrange them in a formulated order as in: verse/bridge/chorus/music base. Then Tony works on the words and melodies to go on top. After that stage, we look further to the arrangement and production ideas from myself. And the final stage, Lance King (vocals), will have a say in the way some of the vocal melodies are sung.“

When it comes to the lyrics, Tony could be titled as the mainman:

„On the latest album, Tony Ritchie has written eight to ninety percent of the lyrics, and the rest were changed lyric lines that the whole band decided on apart from one track on the album, House of Cane, in which Lance King wrote the lyrics.“

The comparison of times in the Metal scene meanwhile became kind of a tradition at Metalmessage:

„I definately feel that the Metal scene is not as popular as in past years, however, there is still a strong hard-core of fans that love this kind of music. While our fans are still out there supporting such bands like Balance Of Power, we shall be happy to supply them with the music they love, as we also love this style. Our musical roots will stay firmly in the Metal scene.“

Soon after the release of the new album they want to play live here in Germany:

„Hopefully we shall be touring in the Fall with another band, possibly on the Massacre label. But at present, there are no concrete plans, so let's keep our fingers crossed.“

„The future plans for Balance Of Power are to promote the new album Perfect Balance. We will be playing the Prague Metal Festival in Atlanta, Georgia USA in November, and as mentioned, hopefully, a tour of Europe around the same time. Also, Balance Of Power has moved record labels in Japan and we hope to be touring there early next year. Privately, I work also as an independent producer and I am involved with several projects, two of which are with female fronted acts. One is a Hard Rock/Metal artist, and the other is an American songwriter in the style of Shakespear's Sister and Kate Bush. Also, there are talks with a very famous Metal singer for Tony Ritchie and myself (Lionel Hicks) to write and produce for (this singer will be unnamed at present).“ 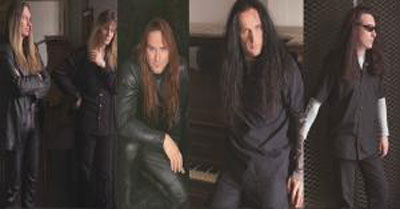 Lionel has produced the whole new album. Also he did it with some another bands in the past.

„The production of all the Balance Of Power albums is never very stressful, as the working relationship and ideas in the band always run smoothly, however, the only time there is some stress involved is when I've run out of beer, and I have some deadlines time-wise to meet. Yes, I have produced other bands in the past. Recently, I produced the USM (United States of Mind ) album `Silver Step Child`. Also, I have produced Caroline Alexander, female Rock/Metal vocalist. The album is titled `Big Fish`, and should be released in January of 2002.“

We‘ve come to the end of the current questions; want to say something special to the fans?

„Keep flying the flag for Metal, and please buy your favorite Metal band's CD! Don't download it from the internet or copy it from a friend, as this, in the log-run will hurt these bands and ulimately wipe them out, as bands like us will not be able to continue to create great music due to the lack of funding. Thanks for your support!“