With their third album „Hurricanes And Halos“ the Stockholm Vintage Doom Metal hopefuls around singer Jennie-Ann Smith could once again score a hit far beyond the actual scene. After all, the quintet is highly valued for its affectionate, profound, and above all, qualitatively superior style not only in those circles that cherish and cultivate a penchant for the legendary (Occult) Rock era of the 1970s. 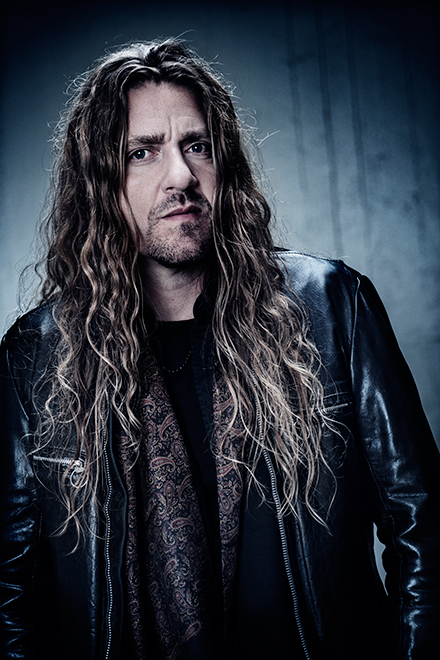 Guitarist Marcus Jidell considers 2017 a good year for the band.

„A good year. Great reviews for the album ‚Hurricanes And Halos‘ and a very inspiring tour!“

Do you even care about ‚years' and the aging itself?

„One of the reasons to be in a band is maybe to try to ignore these things. Hehe. But seriously I think music helps me to keep an open mind and being young in my heart. I once met a saxophone player that was around 70 years old, been playing with everybody his whole life, and he said ‚I think I’m starting to get a hold of this instrument now‘. I guess that’s how we musicians works, trying to get better all the time and to improve what we do. It’s a good way to deal with life whatever you do I guess. The day I stop being curious about life, humans and music that day I’ll lay down and die.“

„Yes, in many ways. I’m always making a lot of plans, some work out and some don’t.“

Are you fully happy with all the fan feedback and worldwide media results for „Hurricanes And Halos“?

„Yes I am very happy of course. We wish we could tour a little more though to be able to reach out to more people. I notice that we are starting to build an Avatarium following and that’s a wonderful feeling.“

Did most of the enthusiasm come from the younger or older listeners for the new album?

„I think it depends on where we play actually. Different styles in different cities and countries. I know it’s a big compliment to have older fans since they have a lot of experience of listening to music but it’s also wonderful to see a 14 year old kid loving what we do, you know! Everybody is welcome to our shows!“

What was the greatest thing at all for you in 2017?

„Releasing ‚Hurricanes And Halos‘ was a big thing of course. We worked hard and I actually don’t understand how we could accomplish what we did when I look back at it. But now six months later I’m already somewhere else in my musical life and making new plans. Next Avatarium album will be quite different I guess.“

„I’ve been listening quite much to the new Billy Corgan album ‚Ogilala‘ and also the ‚Carry Fire‘ by Robert Plant. Two quite different but great albums in my book.“ 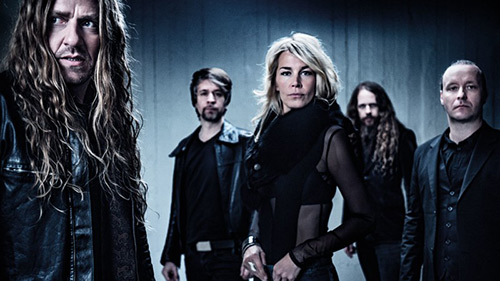 „Life is full of good and bad things and I try to remember and focus on the good stuff. I don’t have time for people that try to drag me down with bad energy so I try to walk away if that’s the case, not always without a fight though.“

Which were the very best gigs in this year for Avatarium?

„I think that the tour was very nice and we had some extraordinary shows there, one of them was at Dürer Kert in Budapest. An amazing show and crowd!! Also it was a pleasure to play at the Tuska Festival for the first time and we hope to come back to Finland in the close future.“

And how does Leif - completely recovered meanwhile from his burnout? Will he be back in the band next year?

„Leif is not playing in Avatarium anymore as you might know. But we are working with the new Candlemass single that I have the great pleasure to be producing! It’s a dream come true to work with my old idols and I can assure you that this will be amazing stuff! I have moved to a bigger studio, ‚Hagaton‘, where I work these days and we specialize in big, warm, heavy and organic sounds! It’s exiting times indeed for me as a producer.“

Where and how will you celebrate the New Year?

„I guess I’ll be in Stockholm with my wife getting ready for the new times ahead.“