The playful melodic Doom Metal of the Sweden carries also on the second album, „The Girl With The Raven Mask“ the wonderful compositional handwriting of veteran Leif Edling. The bass player, who could celebrate far-reaching successes with his primary band Candlemass since 1984, has this kind of apparently thick in his blood. 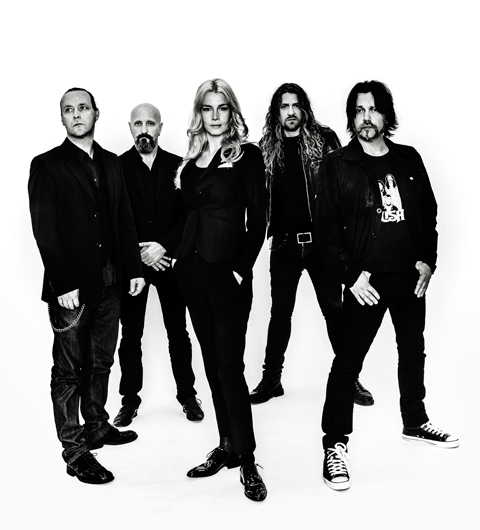 That also psychedelic pulsating careers extend in the progressive cosmos of the quintet, creates all sorts of gigantic survey moods.

The latter results from the deep love of the parties to a very certain decade of the previous century that began to flourish magnificently iridescent from the late sixties on.

Guitarist Marcus Jidell is pleased despite its resulting exhaustion of the successful completion of various works for the new release.

How do you feel now, after having finished these new collection of absolute outstanding and truly special songs?

„Very glad and a little tired actually. It’s been a lot of work with this album but we are all very happy with the result. I think that we came pretty close to what we wanted and we are really looking forward to play the songs live on our tour in November.“

What counts most for you in making music with Avatarium?

„Our aim is to make music that we like so that’s what counts. We are all very critical people and specially Jennie-Ann, Leif and me are working extremely hard with the songs, arrangements sounds etc. We don’t let anything pass that we don’t like but luckily for us we usually have the same opinion about what’s good and what’ not.“

The new album sounds ,old‘, but clear and organic … fits perfect to the songs itself. Marcus told about Ghostward Studio in Gröndal, Stockholm. Please report the most important things about!

„The Ghost Ward studio is a perfect studio for Avatarium since they manage to combine both old school knowledge and equipment with the new technique. We try to catch the vibe from the 60’s and 70´s but we are actually not a retro band in that sense since we want to create something new and fresh too. Music if for us a way to be creative and to experiment with both our minds and different sounds. I personally don’t like to exactly repeat what someone did before but to break new grounds being inspired by the old masters.“ 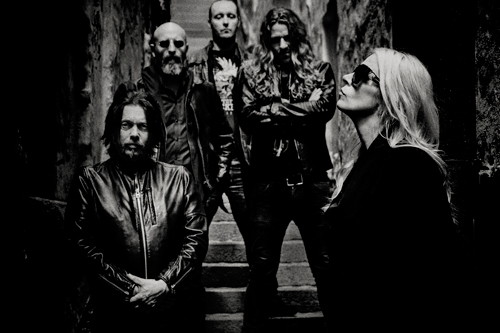 Please describe the main musical character of the new album with your own words! I myself feel like sittin' in a time machine, travelling in times of Coven … therefore, long live the late 60's!?

„I’m very glad if you get the 60’s feel from the album since bands like Cream, Beatles, Blue Oyster Cult , Crosby Stills and Nash really inspires us along with 70’s bands like Rainbow, Zeppelin, Mountain, Queen etc. It was very important for me as the producer of the album to be true and honest in the way we recorded the songs. What you hear is how we played it with small mistakes, strange noise and other stuff that might happen in a live situation. If you fix all the mistakes it might sound a little better in one way but also very much boring and computerized.“

For which most musical ideals does stand the new record ?

The vocals of Jennie-Ann fitting simply perfect to the material in each facet. How you guys brought her to this highly emotional and touching level? Please tell about the collaboration.

„Jennie-Ann takes care of that herself you know. She is a big reason the album sounds like it does since she is very much involved with arrangements, melodies and so on. The first time I recorded her vocals on Moonhorse (on the first album) the only thing I told her was: ,do your own thing and sing the way you think is best‘. That worked very well on the first album and even better on this one.“ 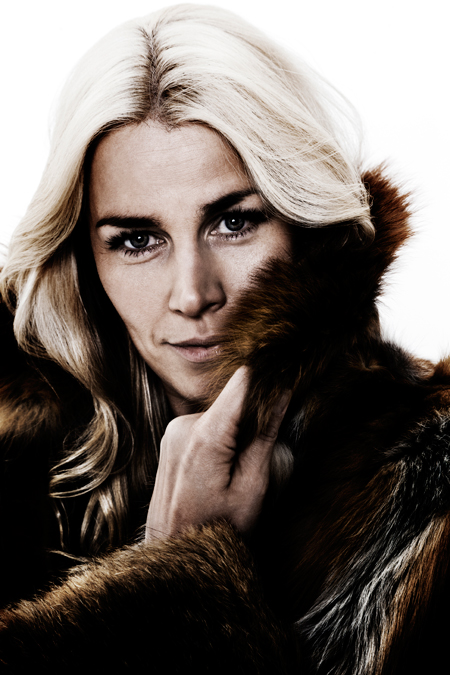 Epic, touching, progressive, atmospheric … a delicious feast for lovers of Heavy Prog Doom Rock. Who wrote most of the new songs?

„Leif wrote the songs. Me and Jennie-Ann did most of the arrangements and also added chords and melodies.“

The well made, catchy contrasting melodies and (organ) arrangements are a main part of the extremely well balanced material - who takes care for it so successful?

„I have been the producer of this album so I guess it’s me. Most of the time the procedure was smooth but I had some battles a few times that I got winning out of. [ laughs ] We wanted to try to catch the way we sound live on this album that’s way there’s a lot of organ for example and Carl has reached new levels on this album.“

How long did last the songwriting for all the stuff?

„About six months give and take.“

You guys had the pleasure to work with Michael Blair as guest percussionist, known of Tom Waits and Lou Reed. Please bring that fact closer.

„Michael Blair is an amazing musician and it’s always a pleasure to work with him. He brings in a lot of old school knowledge that not that many people have this days. He has a great groove combined with a punk rock attitude and that fits perfect for us. Also he’s a great storyteller and has thought me a lot of recording, arranging and producing music.“

What’s your very own personal view about the ,artistic spirit‘ of the new album?

„We want to do something that reacts towards the computerized and stiff music that I think there’s to much of today. When you go and see a band today, sometimes most of what you hear is on tape and that sucks in my book. Don’t get me wrong there’s a lot of great bands out there but also to many musicians that can hardly play their songs without backingtracks. Here’s an idea, hehe: at least they should lower the ticket price if it’s not live, like ,we have 25 % on tracks so your ticket is 25 % cheaper‘.“ [ laughs ]

Btw, which noteworthy, small differences to the previous album are waiting now for the curious listeners? Please tell a bit deeper about your newest material! 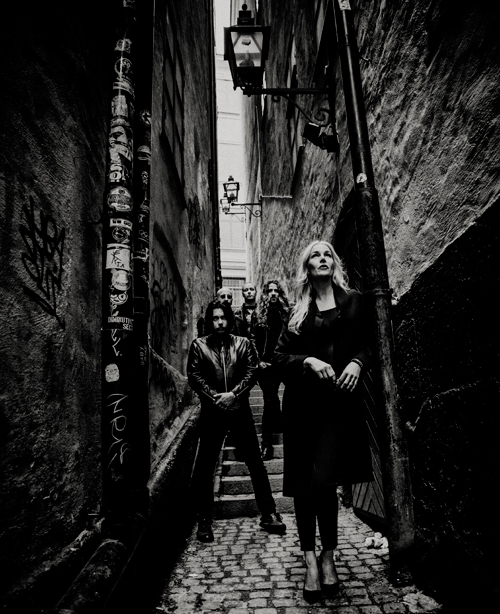 „We wanted to continue the journey we started on the first album and on the ,All I Want‘ EP. To find our own sound and feel as a band. We have been doing a lot of shows, festivals and also toured as special guest for Amorphis and that has made us grow as a band and I think that’s what you hear on this album. I think that every song has a story. ,The Master Thief‘ is the old story about the thief that can steal everything except true love. But the lyric can also be about someone who takes all your energy and tries to bring you down. It is a very important subject since most of the people I know who are successful in life don’t listen to people who say ,you can’t do this and that‘. I say listen to your inner voice and let your soul be your pilot you know. If it feels good deep inside your heart then it probably is. One strong story is the one in ,Run Killer Run‘ about the life and deaths of Robert Durst. Robert Durst was the key suspect in several murders but he was never convicted. He contacted a producer to make a documentary about him and then it all starts... If you haven’t seen the Jinx on HBO do it as a warm up when you wait for the Avatarium album. The song is very much inspired by that TV show.“

Is it allowed to ask deeper about special musical influences which led to the new songs? Mentioned were Mountain, Rainbow, Black Sabbath, Blue Öyster Cult, Crosby Stills And Nash and Led Zeppelin.

„Well I know that ,The January Sea‘ actually is initially inspired by early 70’s Queen but I think that Leif is the only one in the entire world who can hear that. [ laughs ] Most of the time I think that we are inspired more of the feel of the musicians in these bands actually but if you listen to the acoustic guitars on ,Pearls And Coffins‘ and also ,The January Sea‘ I guess you’ll here the Crosby Stills And Nash connection. Black Sabbath, Mountain and Rainbow I guess always will be big influences for us and I think you can hear that in most of the songs actually. Hope to see you on our tour in November!“