At the first superficial listening experience this Dutch Gothic Metal representatives may sound actually like many of their genre colleagues. Therefore not exciting an straight attention.

But with each minute of more intensive allowance to its new album „Summer´s End” deepen contrary impressions with increasing intensity. Too authentically seems their atmospheric musical dramas with in parts strongest instrumenting, which Autumn offers now.

The sextet out of the Netherlands make a relative little attention around its creations, which are filled by longings and demands. Likewise singer Nienke de Jong and anger-growler Meindert Sterk acting. Drummer Jan Grijpstra reports me.

Jan, where in the Netherlands are you guys located and which are your hobbies besides the music? 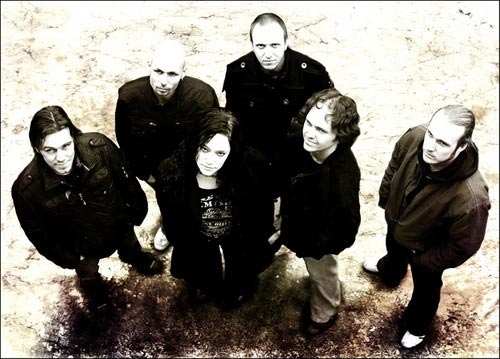 „We are not from one city in Holland but spread all over the country. Originally we come from the Northern part of the Netherlands, nearby the city Leeuwarden. From the time on the band started, almost ten years ago, up till now some of us moved to other places or new members joined who lived elsewhere. We all have different hobbies. Some of the hobbies we actually use for the band. For example, our bass player, Meindert, makes paintings. We use these paintings as artwork for our albums. Menno, our keyboard player, has build our website and makes e-cards for the band.”

Through which problems did you had to go after the release of the previous album?

„During the last year we had a lot to deal with. We changed to another record label (The Electric Co.), which has been a really good thing for us, but it also takes a lot of time and energy to get everything up and running again.”

What´s mainly new to know from the Autumn band camp?

„In February we will release a single, supported by a video clip, in Germany. In the same month we will do a tour in Germany as the support act of Within Temptation. The dates of this tour can be seen on www.autumn.nu”

How are you feeling these days and which expectations do you have in mind, regarding the new album release?

„The album is out now for almost 4 months and in the Netherlands the sales are going quite well. The album is also released in Belgium and in both countries we have done some gigs already. In February the album will be released in Germany and we hope the people will like it over there as well.”

Please report the readers the most important facts around the new tracks! Which lyrical contents do they own?

„Two of the songs, “The Coven” and “Gospels In Dusk” are part of a trilogy. The first part is on the first album, “When Lust Evokes The Curse” and is called “The Witch In Me”. It deals about rituals in becoming a witch. Like on the first album the lyrics are mostly about how nature is important for human life and the involvement and fascination of man with nature, and about old legends and how they are still applicable to modern day life. I think we managed to make an album that is very diverse. This is because we all could pour our own styles and musical baggage into it.”

Which are the most musical differences now to the first Autumn album?

„I think they are more to the point. We have a different way of writing songs now, with the first album we had quite a few years to finish the songs, but for this album we wrote most songs in just a few months. This faster way of writing resulted in songs with a clear structure and a more powerful sound.” 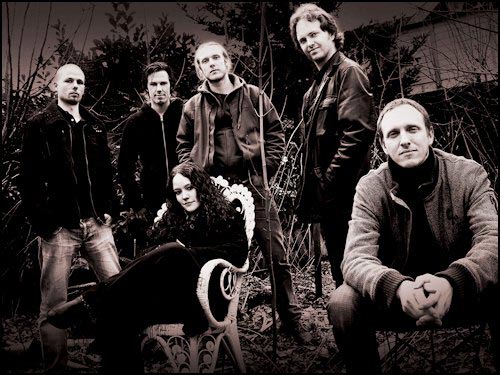 How do you judge „Summer´s End” in general?

„I am very satisfied. I like the sound of the album, it’s produced very well. The songs themselves, the structure, riffs, melodies and lyrics are great. But it would be a bit strange if I did not liked them, don’t you think?”

What does have the title of the current release to mean?

„It means Samhain or Halloween. It marks the beginning of Autumn. It is also an important day in witchcraft. For me it has no special meaning, though I like this part of the year.”

Which impressions do you felt during the process of composition for the new album?

„To finally start making new songs. We did a lot of touring during the almost 2 years between both albums, and because we all have day jobs we had to do all these things during the weekends. This means that when we performed we could not compose. So we stopped performing for a few months to write new songs.”

„For me the biggest influence is Faith No More. I do not write lyrics, Meindert and Menno wrote most lyrics and Nienke and Jens also wrote lyrics for a song.”

Who did the frontcover artwork for „Summer´s End”?

„We use paintings of Meindert for our covers.”

Your own opinion about it?

„I think they are great!”

Which bands do you like to listen at home?

„To name a few: Faith no More, Opeth, After Forever, Rammstein. I like a lot of music, also a lot of non-Metal bands. Within the band we also have a lot of different influences, which is great. You can use this during the creation of new material.”

Your personal view about the „modern-day” Metal scene?

„I think it is very good lately. There are a lot of concerts every week and a lot of styles to choose from. This means the scene is doing well at the moment.”

Some plans for the future?

„First we will do the German tour and hopefully we will play on some festivals in the summer. After that we will see what happens.”