These five Californians, extremely joyful playing and touring, may count itself surely to the better of the many Metalcore acts lying in the trend of our planet.

Lifted in the beginning of 2001 out of the creative baptism basin, As I Lay Dying let develop an almost perfectly mixed death cocktail of perverse powerful, brutal Metal and typical Hardcore schemes – through large determination and yet larger diligence.

Very good staggered with a quite extravagant overdose of impulsive breaking out emotions and throughout catchy melodies, the boys kindle with its music a true large fire of passions – what explains the permanently increasing success since some time of the hopeful quintet. 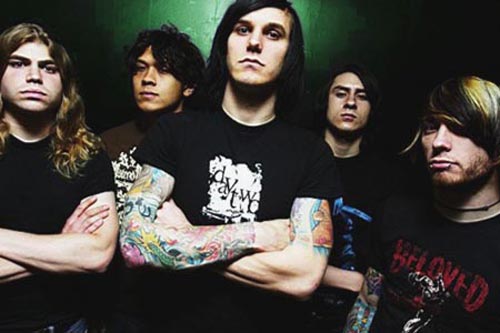 Their newest musical cannon fire, the entraining overpressure-album „Shadows Are Security“, cracks with such an extent enormous energy, that it causes inevitable contagiousness.

Shouter Tim Lambesis reports me about the new work, while he was allowed to rest himself for some moments of tour stress.

Hey Tim, how are you doing these days?

„I am doing very well. It has been a busy year getting the record done between tours, but I am very confident in the outcome. The songs for the new release are the least of my worries.“

Which ones out of the band composed the new songs?

„Our guitarist Phil and I composed all of the new songs together musically and I wrote all of the lyrics. Phil’s creative input was a huge addition to our songwriting because I had most of the songwriting burden in the past. We challenged each other and came out with the best ideas in the end. Because Phil is a better guitar player than I am, our new music is naturally more technical. Overall, we have really grown as a band.“

Please tell me about the lyrics of the new songs!

„Each song relates to the next on this album. These 12 songs are about learning to change and sacrifice. There we some darker times in my life where I felt that all meaning and love had gone away. This CD is about seeing beyond that and finding what is committed, unfading and truly meaningful.“ 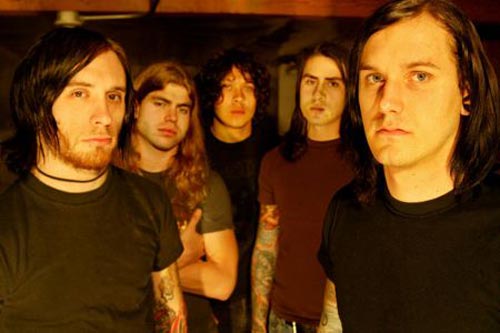 What has the new album title „Shadows Are Security” to mean?

„We all find comfort in so many things that are fading away. It could be just a feeling, or something we’ve been taught to believe. Those shadows have become our security and the substance of who we are. I want to live past that, even if it means taking away my security.“

Are there any bands as influences for your songs to mention?

Which were the main lyrical influences for the new compositions?

„My lyrics have mainly been influenced by my life and the things that I have learned over the past two years.”

„I enjoy some recently deceased bands like At The Gates as well as some younger bands like Thrice.” 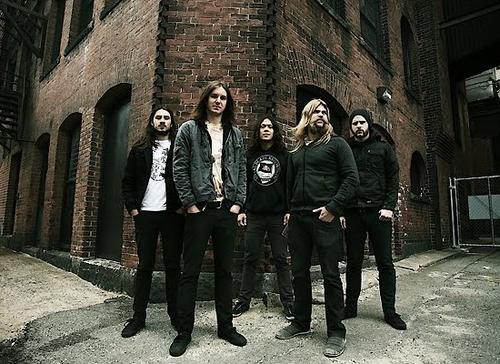 How long did last the time period for the complete songwriting of the new album?

„We had a lot of ideas and riffs that we were gathering over the past year, but we really only had about two months to sit down and work them into songs.”

How would you personally describe the listeners out there your new music?

„On guitar it is melodic yet very aggressive much like „Frail Words Collapse” but everything is taken to a further extreme. Guitars are more technical, drums are more driving and vocals carry more intensity. We are a young band so each of us keeps getting better at what we do.“

Your very own opinion about these new album of As I Lay Dying?

„I think it will be a new standard for this new sound of Metal. I love it! There is energy and depth combined from start to finish.”

Where has been „Shadows are Security” produced?

„It was recorded and produced near our home in San Diego, California. Then, it was mixed in England by Andy Sneap.“ 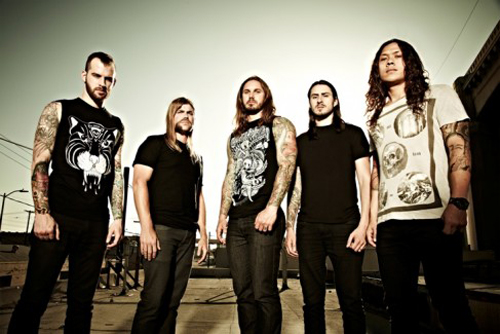 Are you satisfied with the final sound result?

„Very good so far. Everyone seems to agree that we’ve taken our music to a whole new level. We’ve also been playing a couple new songs on tour and they seem to be a big highlight of the set.“

How gonna looks like an upcoming live show of As I Lay Dying?

„We plan on touring pretty much everywhere on the new CD and we will keep adding new songs to the live show as people become more familiar with the new record.”

„I’d like to keep playing music as long as we are passionate about what we do. All of us love being in this band so you can expect a lot of touring.”