It may be unbelievable that this formation has been active since 1982, when „Penalty By Perception“ is loudly killing from the speakers.

Finally, the new album of the stable Danish pioneers is pushing forward with broadly dynamics!

The team, refreshed in 2012, has done a great deal of enthusiasm, determination and diligence. The five-headed Artillery from Taastrup fires back with more precision for challenging and sophisticated Thrash Metal of the highly melodic kind.

Lead guitarist Michael Stützer is - beside his brother Morten - as one of the band-founders still in the formation today. And he has a great feeling about „Penalty By Perception“ in his stomach, as he knows. 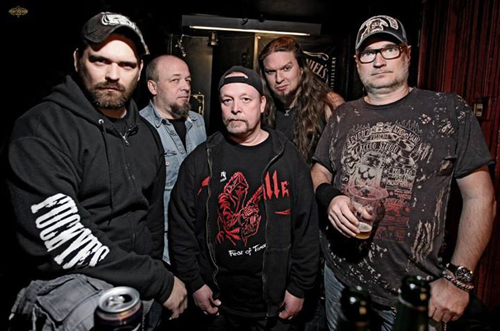 How do you feel now, after having finished these new collection of songs finally?

„I feel good, I have a great feeling about this record. I really think we have come up with some real strong and catchy songs and can´t wait to hear what the fans think! We have those typical Artillery songs and also have some new inputs as well! It was a pleasure to work with producer Søren Andersen again in Medley Studio.“

Michael Denner and Hank Sherman are playing a solo each on the song „Cosmic Brain“. What is to tell about?

„From 1983 - 1986 we were sharing the rehearsal room with Mercyful Fate near Sweet Silence Studio in Copenhagen, and become good friends. We also shared the rehearsal room with Metallica when they recorded ‚Ride The Lightning‘ and ‚Master Of Puppets‘ so it’s really a big honor that both Hank and Denner are playing on our album! Besides being the guitar team from the most important Metal band to come out of Denmark they are also very nice and positive guys who always supported Artillery! They are also on Metal Blade and just put a great record out.“

Morten Sandager from Pretty Maids is playing on the song „When The Magic Is Gone“. How did it develop?

„Yeah, we have this song called ‚When The Magic Is Gone‘ which is a ballad type and we wanted the song to start with a Piano, rather than the usual kind of Artillery ballad, which starts with acoustic guitars! We have played a lot of shows, festivals and the 70.000 Tons Of Metal with Pretty Maids and always have a lot of fun, so we asked Morten, as he is a great guy and good musician if he wanted to play on the song and he said yes and did a great job!“

Rune Gangelhof, who toured with Artillery, while Morten was recovering, is also playing a guitar solo on the song „Deity Machine“! Background? 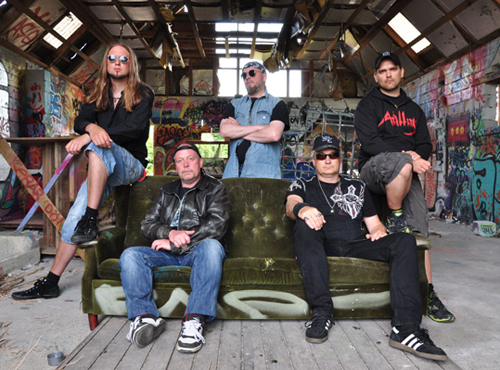 „Just before we were about to tour UK, South America, Canada and USA in 2012 Morten got some troubles with his heart and couldn´t tour for almost a year. We then got in contact with Rune and he help us out playing on those tours so we didn´t have to be cancelled! We all really appreciated that so we decided to let him play on the song ‚Deity Machine‘ as a big thanks for him helping us! We had a lot of fun while touring with Rune! Morten is in full action with us again!“

„I still consider us to be a Melodic Thrash band with the characteristic Artillery riff, clean vocals and some powerful drumming and if you compare with ‚Legions‘ there is even more variety in the songs!“

For which musical ideals does stand also the new album?

„Still the same as always - trying to make the music as original as possible and the combination of being technical and still make strong songs is our biggest goal!“

Please bring the most important facts about the new material a bit closer!

„If you compare with ‚Legions‘ which was recorded just after Michael and Josh joined the band, we now have been together since late 2012 and have played over 200 shows, so I think you can hear that we have developed a lot together, allowing us to try a lot of new things both musically and lyric wise!“ 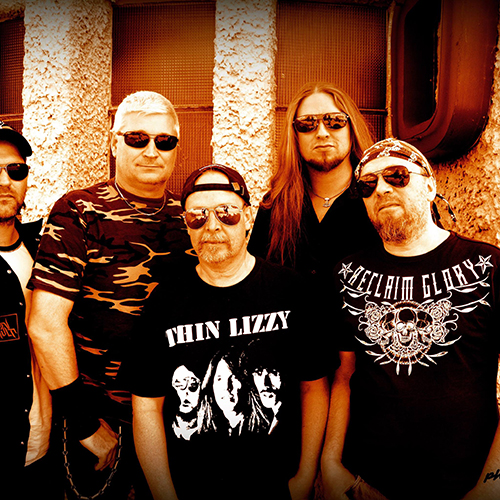 After all these years, what counts most for you in doing music with Artillery?

„First of all, having fun, to be honest and play with your heart! Second, we still have ambitions to make better and better records, play more and better shows. Traveling around the world and meeting the fans!“

„On this album Morten wrote 7 songs and I wrote 5, Michael did most of the lyrics except for 2 songs which Morten and I did! Josh also did a good job helping with the arrangement together with Morten and me!“

Was it difficult to bring everything to a good, homogenous collection of songs?

„It was easy beside we had the studio removed a couple of time. I don´t think we disagree so much in what we like Artillery to sound like!“

How long did the complete songwriting take for all the new tracks?

Allowed to ask you deeper about musical influences which led to the new songs eventually?

„We still have many of our early influences like Jethro Tull, Black Sabbath, Mercyful Fate, Metallica and Slayer but also bands like Dream Theater and Ghost influenced us!“

What's your very own personal view about the ‚artistic spirit‘ of the upcoming release? 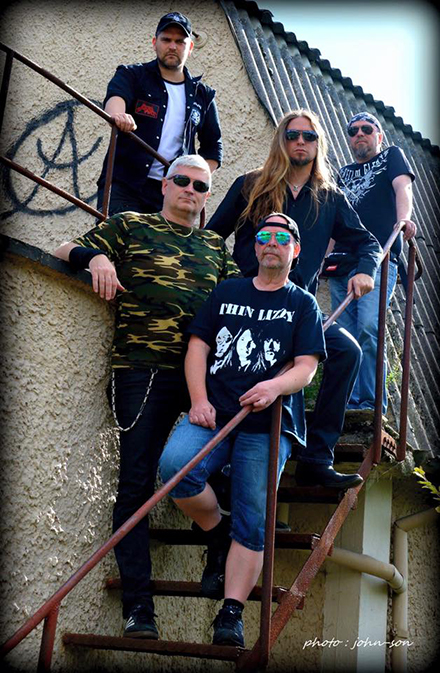 „Great! I really like the songs and I think we have managed to bring Artillery a step further! All the guys did a superb job on ‚Penalty By Perception‘. Can´t wait to play some of the new songs for the fans.“

Which noteworthy small differences to the previous Artillery album(s) are waiting now for curious listeners?

„We are using a lot of different instruments on this album, like Piano, dobro guitar, e-bow and some different percussion on this album. We have the title track ‚Penalty By Perception‘ which is a real strong melodic Thrash song which have elements from both the ‚When Death Comes‘ and ‚Legions‘ albums. We have ‚In Defiance Of Conformity‘ which is a very epic song with the basic guitar riff in the vain of the song ‚In The Trash‘ from the ‚Terror Squad‘ album. ‚Live By The Scythe‘ which is a real head banger Thrash song dedicated to the fans. ‚Mercy Of Ignorance‘ and ‚Sin Of Innocence‘ in mid-tempo are head banger songs with a great groovy beat. ‚Cosmic Brain‘ and ‚Rites Of War‘ are catchy hard driven Thrash songs. ‚When The Magic Is Gone‘ - a ballad which is a very different song, but you can still hear the Artillery marks. ‚Welcome To The Mind Factory‘ - a typical ‚By Inheritance‘ inspired song with the middle east sounding riffing. ‚Liberty Of Defeat‘ - a melodic Thrasher with a great drum outro. And ‚Path Of The Atheist‘ which is almost like a cross between ‚Sad But True‘ with Metallica and some heavy Dio/Sabbath style Artillery.“

What meaning does have the album title and who had the idea for it?

„Michael Bastholm came up with ‚Penalty By Perception‘. There are several ways you can understand this title, but mainly it’s about how your eyes open to the world by slowly seeing things as they really are. Ignorance is bliss but you can no longer be the innocent bystander. A bit inspired by Plato’s cave allegory.“

Be so kind and tell about the main lyrical content of the new release!