A huge surprise in a positive sense for many listeners will cause „For Battles Once Fought“, the new and at the same time third album of this fit Folk Metal horde.

Arafel previously were handled as an insider's tip among connoisseurs, what is now finally changing in crucial manner to greater popularity. The founders of the band once emigrated from the Soviet Union to Israel, where even today the artistic base of Arafel is located.

And after it‘s 2005 release „Second Strike: Through The Flames Of The Ages“, with the powerful voice of Helge Stang the instrumentalists were able to massively strengthen their epic sound. Stang, known as the former singer of the successful German Fantasy Metal act Equilibrium, joined the horde in the autumn of 2008. I've been in touch with their guitarist Felius.

Hey Felius, more than a decade of existence lies behind of you guys now. When you think about all these time, what's going on in your head?

„Yes, Arafel is almost 15 years old. Such a long period makes the band to change about 2-3 generation of fans. And now we are facing the fact that we should conquer the crowd like in a first time. We are taking from our past all positive things, goals, experience, lessons from mistakes. We’ll add all that to our nowadays ambitions and direct it to the future.“ 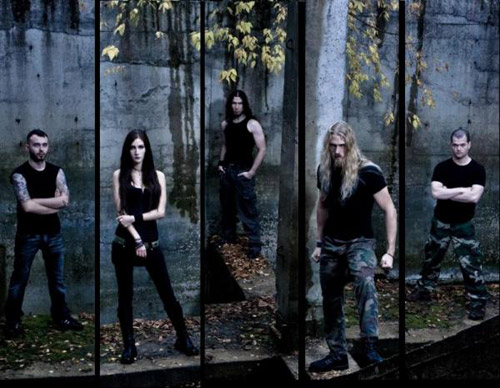 Is it very difficult for you guys, to play and mainly life these kind of extreme music and attitude in your country?

„I don’t think that there is any difference between playing Metal, managing the Metal scene in Israel and any other European country. We have here a lot of local Metal bands ,many venues to play Metal music .Israelis Metal scene is growing and expanding . Yes, Israel geographically belongs to Asia , but politically it is pretty much free and democratic country, at least concerning to music and all entertainment branch as well. Of course it is far from situation then extreme Metal band will represent Israel on Eurovision for example. It could be explained by historically specific taste of music of most population of Israel. Metal isn’t major type of music here that’s for sure and Metal bands directed their music mostly to European or American crowds .“

Which secret tipp can you give the readers, regarding promising new bands from there?

„My tips for Israel new bands is permanent aspiration to perfection in all components of music. If you think that your music is very good and people will like it – don’t forget or give up in sound production quality. With a weak production you won’t represent your music as good as you can and you’ll be beaten up by nowadays high sound standard. And in opposite, if you financially are able to provide a good production - don’t forget about the quality of the music, try to improve musical arrangement and technical skills all time until your muse will dry or it will be throwing away money!“

You're gone to so lots of changes the past years. Did you ever thought to quit the band?

„It’s actually hard to imagine how Arafel will exist if I’ll quit the band or what I gonna do in that case as well. I consider myself and Arafel as one core, which will be very difficult to separate. Of course during Arafel history were many low points, then I was saying to myself – “…maybe will be better stopping to continue this project, cause there is no future…” But the second voice was interrupting this surrender moods by question - “If not me – who will???”. And nowadays after getting over a long path with the band and achieving to desirable goals - the question “be or not to be” isn’t relevant anymore.“

„For Battles Once Fought“: main news to report about? New facets of your music to hear on these release?

„The first news is and was a Helge’s joining to the band .It imbued a new power to Arafel. His voice added more heaviness and brutality to our music. It perfectly fitted to our needs and wishes to play more extreme Metal, than we did before. The second highlight is signing a deal with NoiseArt records and Rock The Nation booking agency, which will grant to bring our music to many people around the world. We’ll be a part of Paganfest tour in March of this year, so people will have chance to listen and judge our new album at live performance.“ 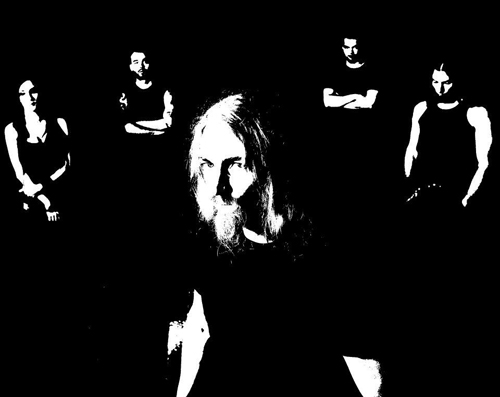 Your style respectively some facets of it have changed a bit for these new album. So it's now exactly the music you want to play?

„After comparing “For Battles Once Fought” to previous album it possibly get a feeling that our style is changed. Less traditional Black Metal one-string tremolo riffing, less pompous keys arrangements. But my opinion is that we didn’t change exactly the style - we just changed the accents in our music. Now this accent is on heavy guitars, powerful vocals and drumming, which gives the music to sound more extreme and aggressive. Of course the original melody, violin’s and folkish touch is keeping Arafel on their own path.“

„I don’t know what other candidates can do, but we are offering to the fans our music. Arafel is not using any kind of black PR or some provocative behaving to promote itself. We formed the band to create and play the music we like, and it is only the thing we did in the past and will do in future for our fans.“

„It is too hard for me to pick some specific song and nominate it as a most ideal song, cause there is no things(songs) that could be ideal and perfect in our world. Even right now, then I am listening or playing those song live I am always finding the part that could be improved and I am making it. And this is non-ending process I think. I can point to 5 opening song of the new album. They are newest and fresh, having a common musical and lyrical concept and best reflecting our musical way.“

„Heee, the word “Catchy” could have double meaning – positive and negative. I would refer it to positive one. As you see my songwriting process is not very fast – 3 albums for 15 years of existing. One of the reasons to it: very accurate filtering and selection of guitar riffs and melody lines. It could be like - 10 varied riffs or melodies came to my mind - I’am picking 3 from them, and after a week I reject those 3, too, and start from zero. This is detaining all process, but allowing to achieve to best and quality results. So during the songwriting process of our new album many parts were changed, rearranged, even sometimes after some particular changing you can’t recognize the source.“

What can you tell about the songwriting for these new album?

„The songs of that album were written in different periods. The oldest one “Death Of Archaic World” was created somewhere between 2004-2005 - very close to “Second Strike” period. And the very fresh one instrumental track “The Last Breath Of Fire” was written couple months before the record session. Final arrangements of all songs were done in 2009 of course. So in the new album “For Battles Once Fought” you can trace our musical development of last 5 years. The technically songwriting goes like this: I am writing the main riffs and melody lines of the songs, making all basic arrangement (including bass, violin, keys and sketches of drum lines) and programming it in midi format. Each band mate is receiving his line and work on it. At rehearsal we seat on correcting, fixing and improving parts of each instrument and this scheme allows to each one to be involved in musical process!“ 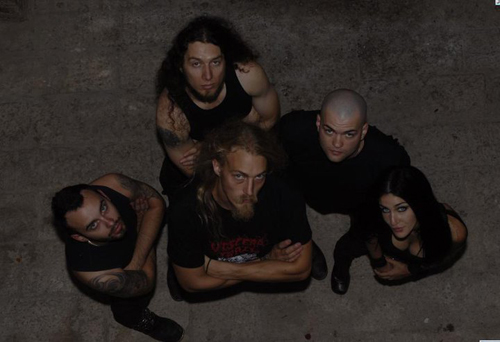 Please tell also about your proudest own achievement on these album.

„My own goal actually is a confidence with my skill to produce things by my own without relying to anyone. The album making process gave it to me. I learned many things in polish studio Hertz, where we recorded this album. Now I know how to make many things better and quicker in the same time. I can notice also that my guitar skills are improved, since we started to work at one-guitarist format. This format is really forcing the guitar player to raise his technical skills, should I mention.“

Which topics do the new lyrics contain?

„The new album’s general concept is a confrontations and conflicts which humanity is facing to – wars between countries and nations, conflicts between humanity and the nature, inside mind’s conflicts of each man. The 5 opening tracks of the CD have a one conceptual theme and dedicated to Tatar-Mongolian invasion of Russia. They are telling about more important historical events of this period. This is our faithful contribution to hystory, like we always did before on previous albums. Other songs are more independent in their lyrics and touching of main album’s concept subjects.“

What are you still looking for in terms of development of Arafel's musical style?

„Of course I will! Development is a important part of success! We always had progression and development in our music. This is hard not to see it after listening to our previous records starting from a first demo. Definitely we’ll stay close to our music direction , but we grown and became more mature, that will be reflected in our music for sure.“

„I hope that 2011 will give to our music a lot of exposure around the world!“