Their new debut album „Storm Over Scaldis“ proclaims a pleasantly extensive pool of influences, which understand the Belgians Angeli Di Pietra cleverly to amalgamate with gigantic playing joy to a homogeneous seeming symbiosis.

That they are at the same time also not at all avaricing with clattering rhythmics, stands the output of these newcomers very well into the artistic countenance. Established 2002 of both guitarists Gaël Sortino and Quevin Smeyers, the stormy bunch is now finally able to get going fully on a wide layer. 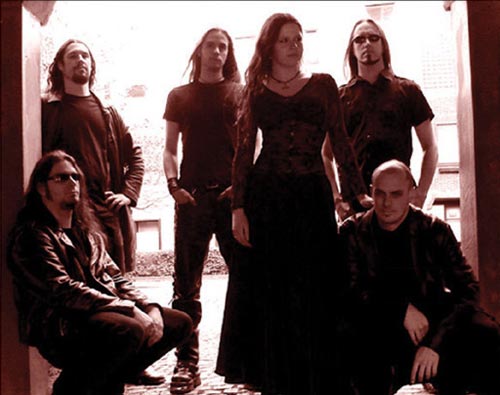 Hey you both! The new album „Storm Over Scaldis“, what's your own objective view about it so far?

Quevin: Well actually, we had to listen to it in the studio and during the mixing and mastering-process so often that I didn’t listen to it anymore for a long time. It’s been maybe three months since I heard it… But I’m very happy about the result, and I think the rest of the band will agree with this. We’ve worked very hard for it, and so did the studio-crew. There are always things that could have been better of course, but we’ll save those for the next album.

Gaël: I listen to it every now and then and I think it’s a good Metal album; after 8 months I am still happy about the songs on it.

Five guys and one woman in a Metal band - surely it isn't easy for you guys to work anytime without frictions together! 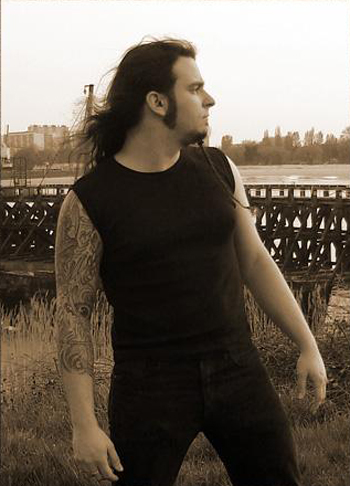 Quevin: So far there haven’t been any real problems. Of course there are some frictions and it is impossible to please everybody the full 100 %. But in general, we’re a bunch of ‘happy campers’. I must say that it hasn’t always been easy to keep a stable line-up, but the past two or three years have been great.

Gaël: In the end it’s all about working together for a common goal. The more you are to pull in a certain direction, the better it goes, as long as there is someone to lead the pack.

Who or what influenced the writing of the lyrics for the album?

Quevin: Very different things actually. Mostly legends and myths of all kind, but also history. There are some historically correct lyrics on the album, such as ‘Lindisfarne’ about the first landing of the Vikings on English soil and ‘Torquemada’, about the Spanish Grand-Inquisitor. ‘Medusa’ and ‘Mannanan Mac Lir’ are mythical creatures, and songs like ‘Frost’ are just plain fantasy. There is no constant recurring theme in the album.

Gaël: We never come short of lyrics, thanks to the singers in the band. They read a lot, watch a lot of movies and are really creative persons… We always end up having more lyrics than songs!

Why you hadn't got a new front cover for your new album? It's the same as on the known demo release.

Quevin: I guess by demo you mean the promo-CD for this album? We used the same cover to send out promos to labels, to give them a preview of things to come. But that version was never seen by the public eye. We have had some changes made afterwards, but nothing big; some other filters and different contrasts for better printing quality. The important changes are inside the booklet. Check it out, you’ll be amazed.

With which topics do the new songs deal? 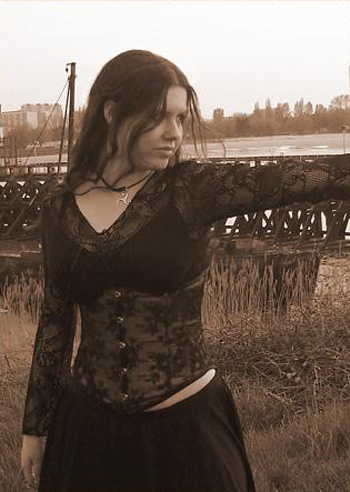 Quevin: As said before, mostly historical and mythical lyrics. ‘Ride Into Oblivion’ is about a battle between the Romans and the Saxons, that’s why Sjoera’s lyrics are partly in Latin on that one. ‘Legendary Forest’ is a pure-fun-song about Goblins dancing ‘round a bonfire in an enchanted forest where no human has ever gone before.

Is „Storm Over Scaldis“ a concept album?

Quevin: No, it is not a concept-album. All songs were created independently from each other, even at quite different moments during the past two years. I guess that’s why there are so many different influences and styles in the music as well.

Gaël: Concept albums have to be taken seriously. Nowadays a lot of bands write a bunch of lyrics about the same topic and call their album a concept album, without regards for the musical themes and atmosphere, although it’s important that those fit in the concept as well… I plan on writing a concept album with the band, but it needs more time.

Quevin: Hard to say. It depends on how far you change your style, I guess. If you put more melody in your music or you become more progressive, or even if you get a new singer, some fans are already turning away, because you’re ‘a sell out’ or ‘not true to the roots’ or whatever. I think they’re overreacting. But if you used to play metal and then turn into pop overnight, you might be in it for the money.

Gaël: I think it’s understandable that some bands that have been around for 10-15 years are tired of making the same stuff all the time. Then it’s either quitting, changing the musical direction or make the same stuff as before because it sells. Who’s the sell-out then? Now if they do it purely to stay with the newest rage, that’s wrong. It’s as if Iron Maiden was going Emo-core: it’s unnatural, hehe…

What do you think, why such a rare kind of bands play truly epic Folk Metal? 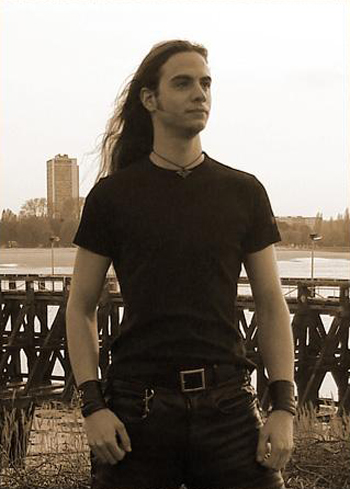 Quevin: I don’t think there are few bands who play epic Folk metal. Lately, let’s say the last three years, Folk Metal bands have risen from the ground like mushrooms. And if you take the Viking- and Pagan Metal into account, there’s a lot of epic and bombastic bands in the scene.

Gaël: There’s a shitload of epic Folk bands indeed, but whether they play really good epic music is another question. Maybe there’s quality lost in the quantity, I don’t know.

Gaël: When I write the music, the mood I am in partly influences the riffs or melodies I create… There’s a bunch of bands I look up to and I use those influences when I can. Another influence is the type of song I want to write. Do I make it fast and heavy or folky? I’ll concentrate my effort in that particular direction. But for most of the best riffs we play I just grabbed my guitar and began playing them naturally, driven by mood and inspiration only.

More to new album; what's behind all this? With which expectation(s) have you begun on writing music for it this time?

Quevin: We already had two self-released demos/MCDs out (‘Songs Of Solace‘ in 2004 and ‘Believe In Angels‘ in 2005) and were looking for a label to distribute the second one, and support us with our debut. But it was hard to find one, so we just started working on new songs. We played them live to see what response they had on the audience and we recorded one of them (‘Torquemada‘) on the 2008-Almighty MySpace EP. Then we just took the step to record that full album and we’ll see where we end up.

Gaël: We went for the full album because you can’t wait for a label to discover you, so we thought we’d record and release our first full-length CD ourselves. This eventually got us the record deal, but nothing was certain when we decided to do it. I think we can say the expectations were quite low. 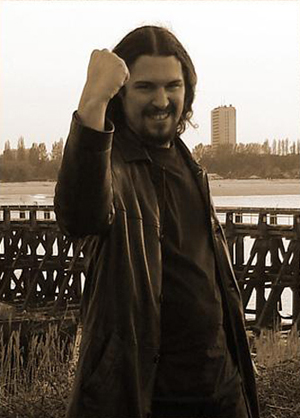 Where you’ve got all the ideas for it? And when they come regularly at best in your mind?

Gaël: Sometimes I have a pretty clear idea about a particular piece of music, but as I said before, sometimes the best stuff comes when you don’t expect it. Just jamming can result in a new song. Any riff or melody that is not good enough is just thrown away. The only problem is to remember the ideas and tunes when you finally have your guitar in your hands!

Quevin: Every moment can be an inspiration, I think. When I go to concerts, when I listen to bands, when I’m in bed lying awake, in the car, humming a tune… You name it. I’m certainly not a person who writes in a certain mood or atmosphere. When it comes, it comes.

Which is the most inner driving force within your creative heart to create such Metal music?

Gaël: I put a lot of time in writing the songs, and I won’t use a song until I feel it’s good enough. I want the music to keep getting better every time and try not to repeat myself. There is always room for improvement and I think it’s important to realize that as a musician. It doesn’t matter how good you think you are, you always can improve, creatively and technically.

Quevin: So far 2009 has been very quiet on the concert-agenda. We hope that the release of the album will change that. We’re ready for the bigger stages and we’d love to do some summer festivals.

Gaël: A real tour would be sweet, but when don’t have any booking agency yet, and on our own it’s not that simple to organize. But we are working on it!