Supposedly much too long the Swedish longhair-swingers around frontman and singer Johan Hegg let wait their countless followers. But Amon Amarth finally let its first official DVD off the pile now.

They were itself also amply aware about this medial deficit, according to statements of long-bearded Johan.

And therefore the internationally successful Viking Death Metal masters rise with „Wrath Of The Norsemen“ immediately the full north-board: entire three DVDs are contained in the new full service, which comes in an absolutely costly edition into the shops.

So I‘ve enjoyed an informative smalltalk with the bearded main-berzerk of the Skandinavian horde. 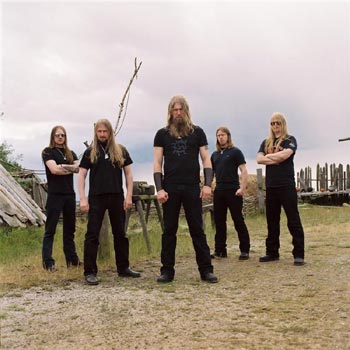 Hey Johan, which ones were the greatest Amon Amarth gigs last year?

„We had a lot of memorable and great shows last year, but to pick a few – Summer Breeze Festival, the DVD recording in Cologne, PartySan Open Air, the entire US and Canada tour with Children Of Bodom.”

Why the hell it tooks so long time to wait for all the fans until an official DVD of Amon Amarth?

„Well, we never done anything like this before, and we wanted to make it as special as possible, but it took a lot of time to get all the material together and to decide what was going to be on the DVD and what wasn’t. We also did six weeks of touring in the US as well, when we couldn’t work on the DVD at all basically. We put a lot of effort into this DVD, but if you ask me – I think it was well worth it. It’s a killer DVD!“

How much time has been needed to realise the upcoming DVD „Wrath Of The Norsemen”?

„We recorded the main show in August, but we actually started working on the show in April last year, planning everything, so all in all about a year.”

Which gig you preferred to record for the DVD?

„They were all great, but I think the special DVD show in Cologne was awesome. Almost two and a half hour set, with Vikings, pyros and a fantastic crowd. We had a fucking great time!“

Surely the technical equipment for the recording of the DVD-stuff was a huge one. Are you completely satisfied with the recorded results?

„In my opinion I think it turned out great. There are always details you’d like to change, or make a little different, but all in all I think we all are very satisfied with the end result.“ 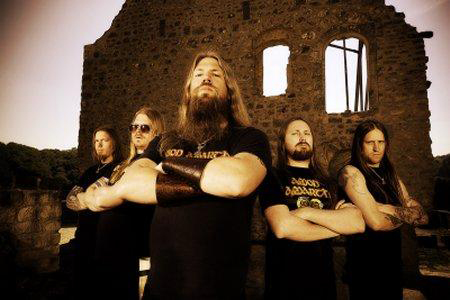 What are the necessary Songs and elements in this new DVD release?

„Well, song wise it’s `Death In Fire`, `Pursuit Of Vikings`, `Victorious March` and the Viking Battle, but apart from that... Everything!”

Which parts on the DVD do you like most?

„I like everything on the DVD, but the shows that was most fun to do from the performance point of view was the DVD show and the Metal Blade Roarrrrrrr Show where we played a very different set.”

Which others of music DVDs do you find interesting?

„I actually don’t own any music DVD’s so I couldn’t tell you. I have the Metallica `Cliff ’Em All` on VHS and that’s pretty cool.”

Regarding the new cover of the DVD, what do you think about it?

Which further releases are planned by now and what are your future plans?

„At the moment we’re working on new material for an upcoming album, and we’re recording it in May thiy year 2006. Then we have all the summer festivals, among others we’re playing Wacken this year and that’s going to be cool. After that it’s the album release and then touring the world!“