The history of this ambitious Scandinavian aesthetic metallians began in summer 2006 when both Finn Tuomas Seppälä and Tommi Kuri decided to end its prior band Virtuocity. Quickly the new group like usually became some equally reflected musicians, finalized through the classically trained and acting sopran singer Heidi Parviainen.

Latter proved also to be an endowed lyricist, whom meanwhile writes words for all songs. Amberian Dawn rescue subtle created elements in its compositions out of the areas Gothic-, Symphonic- and Melodic Power Metal, what impressively celebrates the bombastic ensemble now on the new and second studio album „The Clouds Of Northland Thunder“. 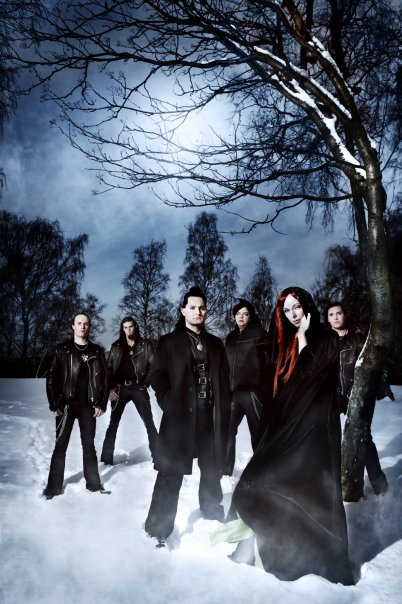 Variety on all plains is named the motto of the sextet. And the present successor to the debut album „River Of Tuoni“ has not only followers of well known models of success, such as for example Nightwish or Epica, to offer.

Hey Tuomas, regarding the new album „The Clouds Of Northland Thunder“ - what's your own objective view about it? And which differences to „River Of Tuoni“ are waiting for the listeners now?

„This new album is more evolved Amberian Dawn music and the style of Amberian Dawn has become clearer. I think that the sound is not so aggressive than on our debut album. The overall sound is bigger and warmer. There's a lot of keyboard and orchestral stuff, but at the same time there's a lot of guitar work. The wholeness isn't still too "full'. In arrangements there's always left enough room for Heidi's voice, especially in slower songs. There's actually 2 "slowies" included on this album. Musically there's again a wide range of musical styles represented and some very crazy guitar solos, too, and one keyboard solo.”

Five guys and one woman together in a Metal band - surely it isn't easy for you guys to work anytime without frictions together. Or?

„We all are doing just fine together. Of course there have been some problems on long tours, but we can overcome all those problems all the time. So far I and Heidi have worked as team with developing new material. So the most important thing is that I and Heidi are working well as team. Sometimes we have had our difficulties because we both have so strong minds.”

Who or what influenced the writing of the lyrics for your new album?

„Heidi does all writing concerning the lyrics. I know that she like to study different kind of national mythologies and that kind of stuff. Finnish national epos "Kalevala" is also one of her favorites I think. She likes all kinds of mystical stuff, mythologies, stories etc. That's the base of her writing. Personally I like the dark lyrics she writes, and those lyrics are perfect match combined with my compositions.”

The new songs, what are they exactly all about? Is these new album a concept album? What Heidi want to tell the listeners with her new lyrics?

„I know that she hears my music before she starts to write lyrics. I think she wants to combine my music and her lyrics in best possible way. And the result is "Amberian Dawn way" of doing music.” 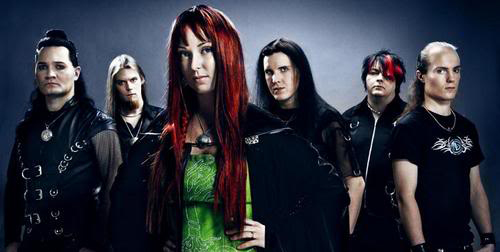 „I don't have quite much opinion about music genre today, because I don't listen to new music at all. In fact I listen to music very little nowadays. I like only the old masters like Ritchie Blackmore and Ronnie James Dio, classical music and for example ABBA music. But these new artists we see on "The Idols" type of contests are the biggest cancer the music business has ever seen.”

What do you think, why so rare bands play really good Epic Metal? Is it a question of the broad range of inner views and feelings?

„It's also a matter of knowing the theory of classical music and about technical skill in playing. Composing (good) Epic Metal demands high understanding about classical music and normally it's gained only by classical training. The other thing is that playing Epic Metal usually demands very high skilled playing. And when we combine these two things, it's obvious that there can't be too many good bands around playing Epic Metal. But of course the most important thing is that all music have to come from inside. It can't be too much learned. I mean that you must truly love the genre, in which you composing in and not just technically write stuff.” 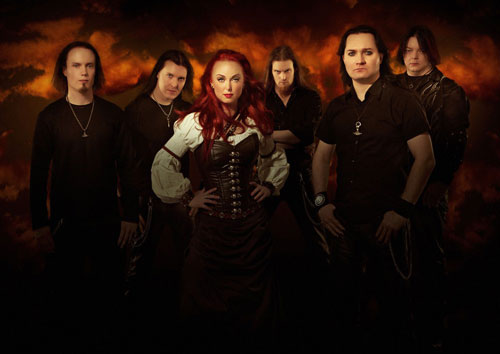 „My influences have always been the same; classical music, Ritchie Blackmore, Ronnie James Dio, ABBA and I think that this situation will last until I stop writing music. I want always hear my musical goals inside my head and to do exactly what I want. I don't do any compromises any more. In some phase I did those too much. Other thing I like is reading Donald Duck's by Carl Barks. He was a great guy. In fact I bought his whole production of Donald Duck's which is about 8.000 pages. It takes some time to read them all and learn them all by heart. I'm also a big fan of South Park, Simpsons and Seinfeld. I like to watch these series especially when I have hangover.”

More to the new album, what's behind all this? With which expectation(s) have you begun on writing music this time? Where you`ve got all the ideas for it and when they come regularly at best in your mind?

„I write music all the time and as soon as I finished recording and producing the first album, I immediately started to write new songs for this new one. I didn't have anything special in my mind, I just write music and then I arrange it over and over again until the result satisfies my. Then I give the demo to Heidi with her melodies played by guitar. Then she listens to this music and let's her imagination to work with different kind of ideas for lyrics. I have about three different ways to compose songs. Sometimes I just play with my guitar or keyboards and some cool stuff just comes out. Sometimes is just hear these songs in my head and just write them down. The newest way for me is to write music based on final lyrics Heidi has written for me. I did it once with this new album in song called "Lionheart". That song is one of my favourites on this album. I like to work with rhythms of words while doing this kind of thing.” 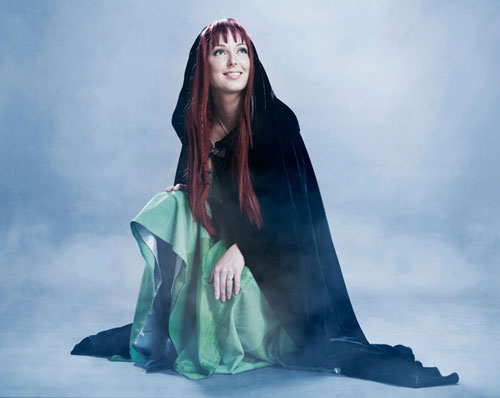 Which is the most inner driving force within your creative heart to create such Metal music?

„I have been playing since age of five. Before I learned to read I learned to read notes, so music is a very big part of my personality. I can't imagine any other way. And most of the time I have my own radio station going on in my head. Normally I write down about ten percent of music I imagine inside my head. I hope that I could capture the whole 100 percent. Personally I just love playing and composing. That's something that I have always been doing and that's very natural for me.”

Are you planning live gigs in 2009? Are there any plans for a real tour?

„So far we have agreed to perform at 3 festivals this year, Kymi Dark River Festival in Finland, Sweden Rock, and Metal Female Voices Fest in Belgium. We are also doing a couple of club gigs in Finland. We are planning an European tour for this fall, but anything have been settled yet. We were very satisfied with our last European tour at fall 2008 with Epica so we would definitely like to do an other European tour this year.”