When people talk about the Italian Metal scene nowadays, the finger is always pointed to the classic and symphonic style of bands like Rhapsody or Labyrinth.

But Airborn, instead of following trends, have found their very own way to play immense powerful and much melodic Metal. Together since 1996, the band showed its potential only two years later with the self-produced „Born To Fly” demo CD which received very good reviews worldwide, with the highlight of being „hottest new band of the month“ on Metal Hammer Israel.

The high motivation of the band gained even more strength due to the success of the live gigs they performed in their own town Turin area. On the turn of the millennium Airborn joined forces with cult-producer Piet Sielck to engineer and mix the debut full-length „Against The World”. 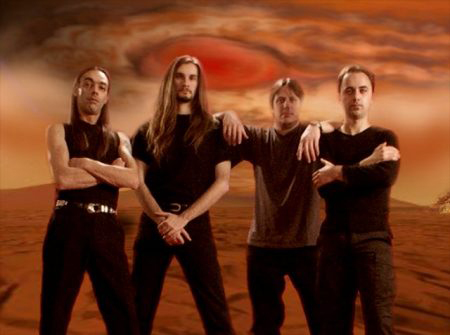 The band´s style can be described as a mix of bands like Gamma Ray, Iron Savior, Blind Guardian or Heavens Gate plus a whole lot of very individual ingredients.

To bring it to the point, the band aim to something new and original but respect the rules of classic German Power Metal.

The strong connected line-up of Airborn consists of Alessio Perardi on vocals, guitars and keyboards, Roberto Capucchio on guitars, Alberto Leschi on bass and Tony Serra on drums, which talk to me about their new release.

Which were the main influences for the songwriting of your debut album „Against The World”?

Alessio: First of all thanks for your interview. Well, the main influence is of course German Power Metal, to be more specific: Gamma Ray, Blind Guardian, Heavens Gate, Iron Savior and so on... And I have to say that even if we're quite different from the other Italian bands, we inherited a large use of keyboards and orchestral sounds from bands like Rhapsody...

Roberto: I’m a huge US Hard Rock fan, so this influence can be heard in the general guitar arrangements. I also was influenced by Nocturnal Rites, they’re younger than us but I think they put together a very cool and personal style.

Alberto: Like Alessio said, we had strong influences from German Power Metal, I am a big fan of Markus Grosskopf and Helloween was the first Power Metal band I listened to. 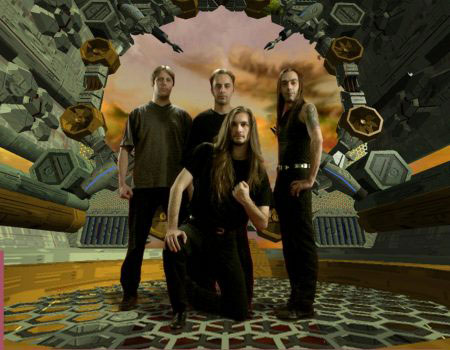 What does the album title „Against The World” mean?

Alessio: It's literal meaning, I'm against the world! I'm not a terrorist, ok, but I'm not happy with our society... It's in the hands of dangerous people, they don't care about common people and decisions are taken at a upper level individuals can't control... Democracy is not of help anymore, not to mention the fact that our way of living is becoming much too fast and irrational. And we didn't talk about Third World... I think you understood my point... Many songs in the album like the title track or `Wings` talk about that, while others like `Return To The Sky` or `Sky City` try to find a solution looking back at the wisdom of ancient civilizations.

Are you guys satisfied with the production and the sound results on „Against The World”?

Alessio: Absolutely! Piet Sielck is a great producer, and a great person to work with. We have wonderful time in his studio in Hamburg and this reflects on the quality of the album, guitars sound great, vocals and drums too... I'm totally satisfied. If we can, we'll continue work with Piet also for our future productions.

Alberto: Yes, one of the things I really liked of the production is that it was a very international one! We recorded some things at our own studio near Turin, some in Hamburg, but the result wasn’t affected by that. The album sounds great!

How is to understand the band name?

Alessio: No relation with US strike-forces, we are really more into peace than war... It came from a Mike Oldfield old track, this may seem strange for a Metalhead, but I really liked the sound of the word, I think it has a very strong rock feel in itself... 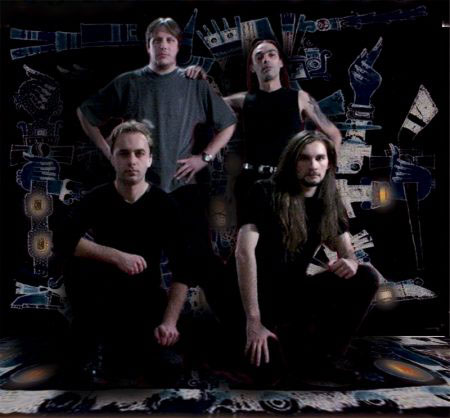 How runs the success for Airborn to date?

Alessio: Well, the reviews are going fine until now and we hope the sales will be good too! Anyway: we have a good deal with Remedy Records, we worked with one of our favorite producers of all times and we're on our way to do another album: things couldn't be better! And this is only the beginning...

Alberto: I also have to say that our band couldn’t be more united! We really feel good working together and that’s important.

And how run things for Airborn in your country, Italy?

Alessio: For our own country the situation is different, because we have a cool fan base and we have no distribution. But I think it's only a matter of time, because Remedy bands are so damn good that somebody will of course get interested in distribute our label in Italy too.

Alberto: Then there’s also another problem, Heavy Metal market in Italy isn’t as strong as in Germany, we should have tried some Pop-Music to get some cash! [laughs]

Which bands out of the Power Metal genre do you guys prefer to listen to?

Roberto: Mr. Big, Van Halen, Steve Vai, Joe Satriani, everything has to do with great guitarists.

Alberto: German Thrash Metal! Sodom first of all. But I also like Blues-stuff, there’s a lot to learn for a bass guitarist in it. 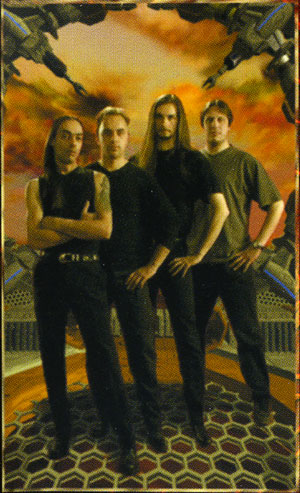 Tony: Bob Marley, funky or fusion artists... I really like Billy Cobham as a drummer.

Can be named influences from other bands in the music of Airborn?

Alessio: Yes, of course... My guitar style was deeply influenced by blues-oriented guitarists like Mark Knopfler, while, as he told, Roberto has a very Hard Rock approach to rhythm guitars and solos. Another band that influenced us very much is Def Leppard, Joe Elliot is one of my favorite singers. And their double axe performances are always an inspiration for us.

Tony: My drumming has a lot of influences from rock or fusion drummers: Simon Phillips, Billy Cobham, John Bonham, you know: more than ten years spent playing rock and funky really left a mark on me!

Which bands would you list for a more or lesser comparison to Airborn´s very individual sound?

Alessio: Mhm... No, I'd not mention bands like Labyrinth, I think they have a completely different sound and background from ours: too extend the idea, I don't think the so called `Italian Metal` scene has much to do with Airborn. You see, we're more like Hamburg Power Metal: Gamma Ray, Helloween, Running Wild or Iron Savior. To be honest, I think we ended in our natural place recording in Hamburg, with a Hamburg record company. Even if I like Rhapsody and other Italian bands, that's not the kind of metal I want to play and write... Maybe I pick something here and there, but our style is different.

Live gigs, anything scheduled by now?

Alessio: We're planning many club gigs in Italy at the moment, while for the rest of Europe we're working on it, maybe we'll be in Germany at the end of 2002 but it's too soon to be more specific.

Any plans for the future in Airborn?

Alessio: Yes! The songwriting for the second album is 90 % and I'm very pleased with the results... It will be another strongly Power Metal oriented album like `Against The World`, but there will be some innovations too! Keyboards will be different, with a less orchestral sound and the overall album style will be heavier! Definitely, we're not a one-album band! We want to grow better, consolidating our own style... So you'll hear more from Airborn in the future.