John Haughm did not change in the slightest. He reveals himself also in the current interview as an incidentally reflective and profound character.

The American still lives in Portland, the largest city and the actual economic center of Oregon – all the more more intelligible, that the boss-thinker, singer, guitarist and drummer of Agalloch is longing each year yet more into the nature of its homeland.

Of such idyllic escapades gotten through is therefore also the new and third album-plate of the three-headed exception-group by the name „Ashes Against The Grain“. And what acoustically manifested itself before yet as primarily atmospheric Post Gothic Rock with massive Neofolk-loans, that turns its rounds now in form of progressive and gloomy Dark Metal. 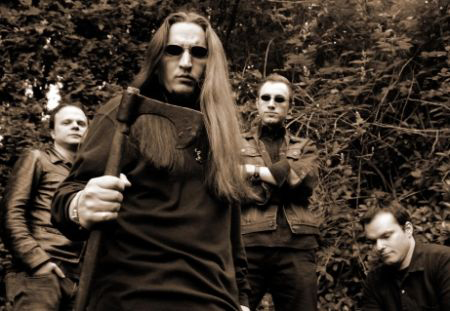 Hello John, how do you doing at the moment?

Please describe your attitude as a musician!

„My attitude is that music should, above all, be an honest expression. It is an art and should be approached as such.”

In which philosophy of life do you still believe?

„I seek balance, which sometimes seems impossible in this fucked up world. I am but a tiny speck in the universe and a mere mortal fragment of the earth who will, like everyone else, come and go.”

What do you think about mankind and the continuing damage of our holy mother earth?

„I think it is typical behavior from such a fundamentally stupid creature that is the human being. I think people, especially religious people, view the planet as their personal playground with no regard for the consequences of their idiotic and childish actions.”

What do you think about religions in general? To my mind they will bring the mankind some day to end.

„Of course I view most religions as yet another human mental disorder, especially those idiots who practice Judaism, Christianity, and Islam. These religions are more or less the same childish dogma and it shows the disturbing sheep-like weakness in the human psyche. I regard myself as a true heathen. I find the Asatru views to be interesting and inspiring. If god exists, he exists in the plants, the air, the water, the seasons, and the flesh of the Earth. Humans are mere animals like the rest.” 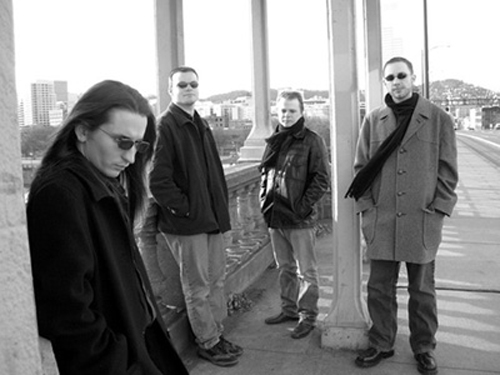 Which feelings going through your mind when you wandering around inside nature through the four seasons?

„All of the seasons have something nice to offer. I enjoy the colors of Autumn, the beauty of snow and the coldness of winter, the rebirth and aromas of Spring, and visiting lakes and streams in the Summer to escape the heat.”

Which season do you prefer?

„It is fine. We have had a good working relationship thus far.”

The new album is quiet different to the previous release, „The Mantle“; which musical main-differences are included in your opinion on „Ashes Against The Grain“?

„I think the absence of the acoustic instruments is a big difference. We felt that this album needed to be a bit tripped down so we could focus a bit more on the actual riffs rather than the layering of many different guitars, vocals, and strange instruments. This doesn’t mean we won’t return to a more layered approach in the future, however. We just felt that this album needed something less to allow the melodies to show their individual strength.”

Who of you guys wrote the new songs for „Ashes Against The Grain“?

„As I am the lead songwriter, I wrote the foundation of the songs and the other guys added their parts later. Everything was sorted out in the studio.”

Please tell me some musical influences for the new compositions!

„For the new album I was listening to a lot of progressive music like; Thule, Landberk, Anekdoten, Anglagard, In The Woods…; coldwave indie music like Antarctica, Sigur Ros, and The Album `Leaf`; and various neo-folk and ambient groups.”

In which mood do you experience your best creativeness?

„When I am alone or, at least, away from most modern distractions and in a generally depressed or nostalgic mood.”

Please describe the readers the main lyrical conception of „Ashes Against The Grain“!

„I wanted to create a surreal and abstract folk tale with this record. Basically the lyrics unfold as a single story of mankind’s ultimate worthlessness in the whole of the universe.”

Please name some lyrical influences for the new compositions!

„A lot of Russian films, Vodka, and reading the Kalevala as a source of study for the prose in which it was written.“

Which things do you like to do mainly besides making music?

„I actually don’t write music day by day but rather whenever I’m inspired to do so. I work, travels, watch films, make folk wines, etc. I like to stay busy.” 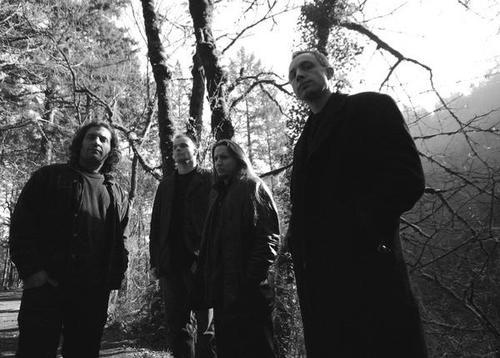 What contains a really good song of Agalloch in your opinion?

„“Not Unlike The Waves” is a good example of a perfect Agalloch song. It contains most, if not all of the elements of our style; from metal to folk, performed in a melancholic way.”

Do you like other bands in the style of Agalloch?

„I like Noltem a lot. Empyrium, Dornenreich, of course Katatonia and the other bands who have inspired us. I listen to a lot of stuff. It really depends on my mood. In addition to the bands I have already mentioned in this interview, I also really like Bathory, Current 93, Boards Of Canada, Masters Hammer, Laibach, Moonlit (Ger), Autechre, Bob Dylan, Les Joyaux De La Princesse, Tom Waits, Fields Of The Nephilim, Swans, and many others. My taste in music is quite eclectic.”

Do you love it to play live?

„Yeah I really enjoy playing live, especially when things are going right on stage. As of this interview we have played one show in 2006, which was our record release show last weekend. Tomorrow we will be playing a gig in San Francisco. We also have a local gig with Katatonia as well as a small European tour with Novembers Doom this fall. I’m looking forward to all of it.” 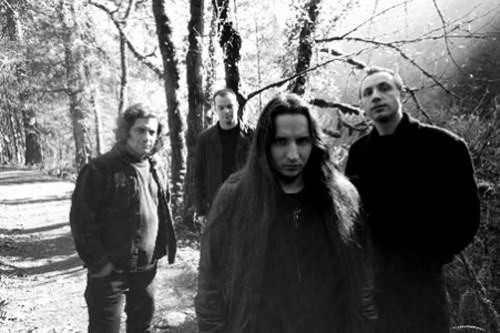 Which was your best gig ever?

„Probably the Portland gig from this year. I also think Phoenix 2003 and Boston 2004 were quite special.”

What´s special at a show of Agalloch?

„Probably the fact that you never know what will happen. Sometimes we have a very brooding presence; sometimes we are very aggressive and even violent. Above all, we are just very emotional with our performances.”

What is still your biggest dream as a musician?

„To make every release a high quality one that I will be proud of for the rest of my life.”

Which would be your biggest temptation as a musician?

„To quit while I am ahead.”

„To quit while I am ahead. Hopefully not before releasing a few more great albums though…”