1994 two possessed history-nostalgic men in Paris began to putter around at the musical relevance of this horde. Time by time further associated soul-brotherly horseman in addition got in, what led in the following time to a raw mixture out of earthy rhythm Celtic Black Metal and moody folklore-accessories.

Various recordings of Aes Dana perceived the light of the heathen world so far – unto them the very listenable 2005 studio album „Formors” unambiguously marks the previous highpoint in the creating of the hearty Frenchmen. On lyrical grounds, these Parisians revere the ancient barbaric times, which were dominated by radiating honourable warrior pride, but often also by the daily fight for the naked survival.

Battle-drummer Juan, otherwise also at its brilliantly compatriots Nydvind at the sticks, went gladly for me into depth in things of Aes Dana.

Hey Juan, how´s it going for you there currently?

„We had played in a festival in Spain in October and now we work in our next CD – our third one. This new one will be edited by a German label.”

How do you spend your daily life?

„Lamentably the music does not give us enough money for food or to pay the rent of our houses, that is the reason why we must go to work, I am jeweller, for example.”

Adipocere Records/Oakenshield isn´t very active since a year, as it seems. What´s up there?

„Yes, in this moment all the activities of productions are stopped, in this moment Adipocere are passing a badly moment, I think the downloading files from internet kill and will kill to many labels!” 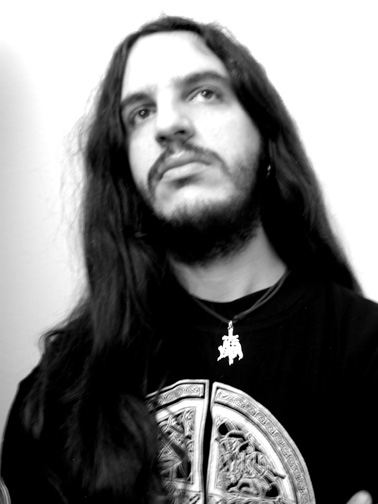 Have you been very busy lately with the work on the new album? Are you satisfied completely with it so far?

„Yes, our main activity is the creation and composition of the new album, they new sounds have many feelings and much force, but I cannot reveal more but we are content.”

Which one is still your main focus in your music?

„Our passion by the ancient culture, with more attention to the Celtic culture and extreme music.”

What can you tell me about the band-chemistry between the involved ones currently?

„There has always been a good atmosphere between all the members of Aes Dana, and the same with our ex-members, but unfortunately all cannot follow the cadence of Aes Dana and we have had to do changes, mainly in the traditional section. After one year we have a strong line-up now, I hope this one will be the definitive one.”

How good have been the worldwide press feedbacks for your last album so far?

„Sincerely we have had brilliant answer and from all the corners of the world, from Alaska to Australia, Europe in general, Latin America too etc etc. This has motivated to us to follow in our darkness and bad moments that we have suffered.”

Which will be the main differences from the current album to the following album?

„There will be a difference, that's for sure! And there will be new things and new details! This new one will continue in the same conception, same way from always but I want to keep the secret, I think you can understand it.”

At the time, which topics inspired and/or motivated you for the new album? French writers?

„No French writers necessarily but historic and/or archaeology books maybe, no visual artist and no fucking movies! Our source of inspiration is the same one from the beginning, the forest, the rain, the autumn, the winter, the cold, the mountains, the nature, the cosmos – maybe is a classical answer but is the truth!” 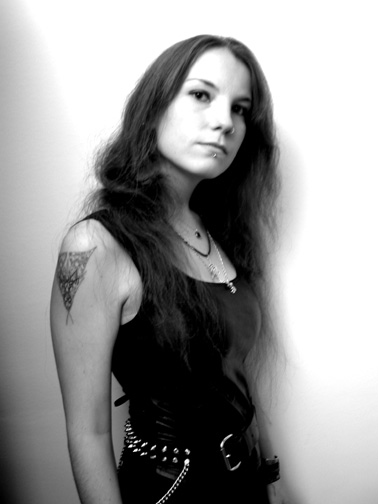 What to you is most inspiring within French nature?

When you first conceive a song, or a riff for Aes Dana, is your starting point a boundary or a direction?

„Normally we try to get a direction because is very important, we have to keep all the songs in a good way for the conception of Aes Dana.”

Please tell the readers the lyrical content of the newest ones of Aes Dana´s tracks!

Do you still live and breathing Pagan Metal every day there?

„About us and the paganism in our "normal" days is hard for me speak, about who we live it, we are 6 persons and we have a different personalities each one, and each one has a particular vision of the paganism. I myself for example try to stay in harmony with the nature, I'm vegetarian I make some personal rituals, I´m reading much about the Celtic history, walk into the forest and/or mountains, practice the philosophy and meditation, and I do many others and personal things.”

„Without any single doubt the Celtic civilization!

F.W. Nietzsche once offhandedly said that if Christianity had not existed, it would have been necessary to invent it. Do you think all things on planet earth are bound up in their opposites?

„How we can know if something is good if we don't know his opposite? I think all things must have its opposite for found a good harmony and balance.” 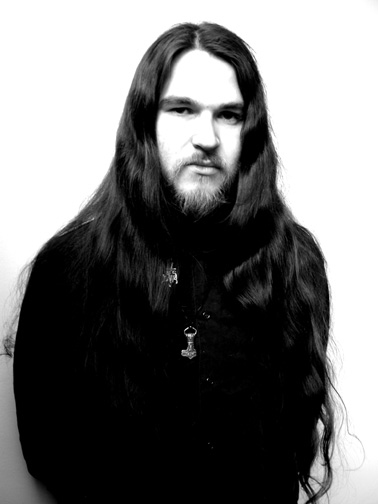 „I don't know what can happen tomorrow or the next month or the next year, I hope continue to make music with Aes Dana and make CDs and concerts, but this is only a hope and a desire and it isn't obligatorily a reality, only the time have the answer, anyway my style of life, my philosophy, will not change!”

„I think I had told before, you have there a little things from my ideas, my ideological heathenism is very complex to explain here in two words, the heathen ideology is like the cosmos, always in expansion, in another dimension in a different level from each evolution.”

Your biggest love goes for whom currently?

„All my love for my two sons and my family! To our mother nature too, to our music, traditions.”

Your biggest hate goes for whom currently?

„For all peoples who don't respect our ancient cultures, who try to forget it by the way of new modes or modern ideologies, to the hunters who kill the animals, the system society, the television, hypocrisy, etc.”

Which was the most successful gig of Aes Dana so far?

„We had played in France, in Germany, Spain, Belgium... The best? Mmmh, I don't know exactly, I think each concert of Aes Dana is a great concert! Maybe one of the best was the last year in the "Pagan Festival" in Paris, with Negură Bunget, Eluveitie and others, the ambient was excellent and our gig were very good, we have sold more than 85 t-shirts that night! It was incredible.”

Noteworthy of Aes Dana´s plans for the future?

„Our first attention is to work in our next album and after, try to make a tour around Europe.”

„Greetings go to all people who have arrived to the last lines of this interview and thanx to you for your interest in us, Markus! Respect and honour!”