The band announces about it:
"Hello friends and all people of good Doom Death taste out there! We are very happy to present you the new music video for the track INNER DARKNESS from our upcoming studio album "WHERE SILENCE DWELLS". It is the brilliant work of the wonderful animator Daria 'Dasha' Korneeva, with whom we already worked together productively and successfully on the last album "The Labyrinth Of Penumbra".
Dasha did the animation for the song "Trial By Fire" back then and we were all very happy with the result. That's why we gave our creation into the hands of this beautiful girl without any doubt this time as well - and didn't regret it in the slightest! Watch it carefully, because this video will not leave anyone indifferent!"

After recording the first demo, "Liar", in the very same year the band soon entered a professional studio to record a song for the "Russian Alternative Extreme Music" sampler. Drum parts for that song were provided by Ilya 'Alan' Piyaev (AZEROTH, PAINFUL MEMORIES) as Eugene decided to leave the band just before recording. The compilation including PSILOCYBE LARVAE's "Death Is Not the End" was released in 1998. 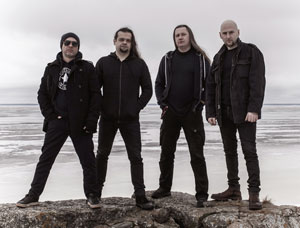 
Following a short interlude with METALLIZATION’s Eugene Golubkov, PSILOCYBE LARVAE finally found a permanent drummer in 1999 when Alan took over drum duties. The new line-up entered the studio again in mid-2000 to record their first full-length "Stigmata". This self-released effort garnered some favorable feedback including the "Demo of the month" award in Germany's Legacy magazine, so Black Side Productions decided to re-release "Stigmata" on CD in 2001.

Meanwhile, the band underwent further line-up changes with Andrey replacing Denis on guitars and Den joining the band as keyboardist. The year 2002 saw PSILOCYBE LARVAE contributing two cover songs to MANOWAR and CHIMERA tributes, but more importantly, the band finally finished recording their second album. "Agony" was released by Black Side Productions at the beginning of 2003.

The following months dealt another blow to the line-up, as Oleg's addictions started to get out of hand. For that reason, the band decided to part ways with him in December 2004, leaving PSILOCYBE LARVAE without a bass player for quite some time. A 'silver lining' appeared in 2005 when Russia's major label CD-Maximum agreed to remaster and re-release the two albums with bonus tracks. 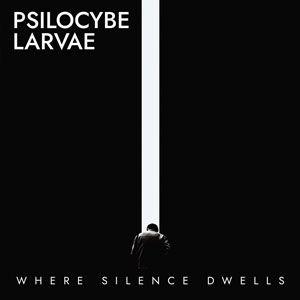 
The formation also found a new bass player in Alex 'Liga' Legotin but unfortunately, there was new trouble ahead: after a few months, Alex had to leave the group. Keyboardist Den was fired as well and in the fall of 2005 the band was eventually forced to relocate to St. Petersburg with no stable line-up in what looked like a semi-hiatus. Things were slowly falling apart.

What could have been the final nail in the coffin however surprisingly heralded a new dawn for PSILOCYBE LARVAE:
in St. Petersburg, Alex re-joined the ranks and keyboardist Dmitry 'Chaos' Orekhov completed the line-up to release the band from its forced inactivity.

After headlining the Ukrainian "Triple Interaction" tour in autumn 2006, the band entered DDT Records in January 2007 to record their third album, "Non-existence". It was mixed at Studio Hertz (Poland), mastered at Cutting Room (Sweden), and finally released in February 2008 by Moscow label Mazzar Records. In March, the band headlined a Russian Non-existent tour to support the new album.

During 2008, the band continued to promote "Non-existence" by doing shows in Russia and taking part in a Belarus tour named "Creative Breath of Death" together with KATALEPSY, DEATHBRINGER and THELEMA.

In 2009, PSILOCYBE LARVAE signed to Dark Harvest Records (USA) for an international release of "Non-existence" and started songwriting for future releases.

After two years of intensive work the Russian musicians returned with a brand new album called "The Labyrinth Of Penumbra". The recording and mixing process took place at studio Kontakt under the guidance of Yury Smirnov, the mastering duties were handled by Mats Lindfors at Cutting Room and cover art was taken care of A-Ra Design and W. Smerdulak.

Time has come to find a new label and in 2012 "The Labyrinth Of Penumbra" was released by Buil2Kill Records/Nadir Music (Italy). With great success, the band played many gigs in Russia, Baltic States and Finland to promote the album.

The beginning of 2013 was marked by the signing of an agreement with Albagi Music Promotion in terms of helping the group with the promotion in Germany.

PSILOCYBE LARVAE continued its concert activity in support of the new album; they went on 6 days tour of Belarus "Penumbra Divisus Tour" in February and "Tour By Fire" including 8 cities in Poland and Czech Republic in November. In summer, the band took part in the biggest Estonian open-air festival Hard Rock Laager sharing the stage with TESTAMENT, MARDUK and others.

At the same time another line-up changes happened. The band has parted ways with guitarist Andrey 'Luke' Lukashkov and drummer Ilya 'Alan' Piyaev. Konstantin Kot'h (guitar) and Evgeny 'Evg' Trefilov (drums) from Industrial Metal band VERGELTUNG came on board as the new members of PSILOCYBE LARVAE.

Due to personal reasons Alexander left PSILOCYBE LARVAE in 2015 and the band's former drummer Alan has taken up his place behind the drum kit once again.

With the renewed line-up PSILOCYBE LARVAE played at Wave-Gotik-Treffen Festival in Germany, Dobry Festival in Slovakia and Metalurg open-air festival in Russia in 2016/2017.

In 2018, a brand new single "The Fall Of Icarus" was out on all digital platforms and the lyric video followed it up. The song was also presented at two European open-airs: Metalshow.lv in Latvia and Meltdown Festival in Germany.

During the process of recording a new album in 2019, the band has parted ways with Dorian and Alan. Alex Yakovlev replaced Alan on drums again and Anton Veresov (BUICIDE, SEVERNYE VRATA) filled in for Dorian on guitar.

The new album "Where Silence Dwells" was finished in 2020. Recorded in different studios in St. Petersburg, mixed by the band’s friend Dmitry Vasiliev in Moscow and mastered by renowned engineer Thomas Eberger in Stockholm Mastering. It will be released via Red Rivet Records and Fono Ltd on December 15, 2021.

Invigorated with the new line-up and a new album scheduled for release at the end of 2021, PSILOCYBE LARVAE resumed their concert activity celebrating the 25th band anniversary in their hometown Vyborg and taking part in the open-air festival Тьма (Darkness) in the woods near St. Petersburg.