Appreciation of the pioneers

4,5 / 5
"… a very serious candidate to be among the most incredible surprises in the field of old school Swedish Death for this year and ONTBORG are already to be considered without any doubt the new sensation …"
(All Around Metal)

94 / 100
"… absolutely positive surprise … I have been floored by the quality and the level of professionalism that is present on this record … 'Within The Depths Of Oblivion' gets my highest recommendation and is one of my personal Death Metal highlights 2019."
(Metal Archives)

9 / 10
"… amazing … this four-piece Italian band really knows how to lay down a nice old school Death Metal feel with classic melodies and harmonies that really allow each song to stand out … Melodic Death Metal needs more bands like this to carry the sub-genre into what seems to be a very bright future."
(Metal Temple)

4 / 5
"… extremely talented … one of the greatest examples of a Swedish Melodic Death Metal album released since the proverbial heyday of this specific sub-genre … 'Within The Depths Of Oblivion' grabs your attention from the start and doesn’t let you break away, at all, during it’s entire fifty minute run time … truly good … killer Metal."
(Brutalism)

8,7 / 10
"A technically astounding callback and tribute to Scandinavian-styled MeloDeath in every sense."
(Metal Trenches)

85 / 100
"… passionate and heartfelt … there is a lot of original in 'Within The Depths Of Oblivion' … often flows into Melodic Black Metal (always of Swedish matrix of course!) … a very beautiful album …"
(Loud And Proud.it)

8,5 / 10
"… will take listeners back to the early days of Arch Enemy, powering forward with some infectious riffs before the melodic and anthemic chorus whips the listener into a frenzy … the harsh screaming is a nice compliment to the ever growing enthusiasm on display by each member of the group, which is a huge refresher in this day of high precision to the point of dull and robotic recordings."
(Apoch's Metal Review)

8,3 / 10
"… songs of the highest level … 'Within The Depths Of Oblivion' is one of the most beautiful surprises of the last period regarding the Swedish Death."
(MetalEyes.IYE)

11 / 15
"Dismember are already confirmed with the first riff in the opener 'Living Is A Torture'. The brutal verses, changes in tempo, the raw, low-pitched guitar sound are also inspired by the style of the Stockholmers in 'A Storm Breaks The Silence'. In addition, ONTBORG have taken over the preference of their musical role models for short melodic Heavy Metal inserts. The swift stanzas and entangled guitars of ‚Die To Be Alive‘ have a strong Gothenburg twist, and so does 'The Long Awaited Winter'. 'Snow Of Lethe' is also lyrically inspired by early Dark Tranquility."
(Legacy)

8 / 10
"… ferocious and raw, yet highly harmonic and melodically charming … momentum of Melodic Death Metal of the early to mid 90s … made to near perfection."
(Metal Temple)

8/ 10
"… songs sounding like they could of easily been recorded and released 20 years ago … production sounds very professional for being a self released recording … if you are a fan of this musical genre, you should check out this album."
(A Different Shade Of Black Metal)

8/ 10
"... combines Swedish Death and Melodic Death Metal of the Northmen to a mixture that can be difficult to avoid, especially because the material grooves like hell through the combination of both styles."
(Hell Is Open)

7,5 / 10
"ONTBORG set on emotions and atmosphere ... sounds like a mixture of the epic Hypocrisy-pounders and Amon Amarth ... pretty good mix ... also appropriately presented in terms of sound ... "
(Rock Hard)

7/ 10
"The brutal-crunchy sound of Entombed, the melodiousness of At The Gates and early Dark Tranquillity, a raw but by no means shallow production ... all is there ... 'Within The Depths Of Oblivion' is practically a must-have for lovers of Swedish old-school Death Metal with a melodic headline ... a really strong debut ..."
(Metal.de)

"… really superb, sparkling, with lots of dark energy inside … cold, maniacal lethal Metal that will stiffen blood in your veins! Excellent!"
(Deadly Storm)

"Recommendation! Here, Death and Black Metal along with the guttural vocals are a really strong unit that's fun to hear ... an album that convinces off the big labels ... anyone who feels appealed to the genre should give ONTBORG a chance."
(Amboss)

"Even if the album keeps up on melodies, they are able to give the music some brutal vibe as well which, all to all is what Death Metal requires … it is almost impossible to have only 1 or 2 favorite tracks on this record which says of how good this album is throughout."
(Monarch Magazine)

"Outrageous! Startling! Maliciously beautiful! Very impressive … 'Within The Depths Of Oblivion' is an album where emotion go free … an effort that will make you very happy."
(Metal Addicts)


Italian hopefuls ONTBORG were founded in 2017 out of the ashes of Voices Of Decay by former band members to take a new direction with melodic Scandinavian DEATH METAL. 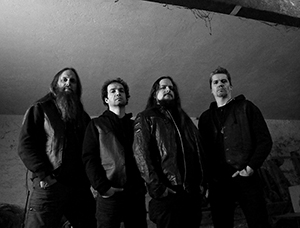 ONTBORG remembered their metallic roots to play the kind of Metal they grew up with, creating their own sound and indulging their blazing fondness for bands like Dismember, Necrophobic and Benediction.

In February/March 2019 ONTBORG entered the Sound Control Studio to record their thrilling debut album "Within The Depths Of Oblivion". 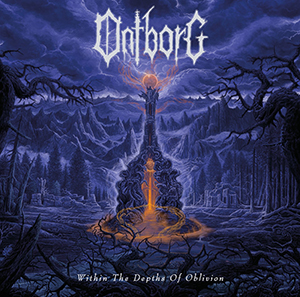 The perfect fitting and catchy cover artwork was created by Juanjo Castellano. The resulting, intentionally staged memories of Swedish genre pioneers such as Sacramentum and Dissection are certainly not to be dismissed out of hand.

On May 24th "Within The Depths Of Oblivion" will be released in physical form, and is available via all common digital channels and platforms.

ONTBORG are ready and determined to honor the grand legacy of the early heroes of the profession!

DISCOGRAPHY:
2019 Within The Depths Of Oblivion (Full-length)

ONTBORG are available for interviews via phone, Skype & e-mail