A soulful journey into your own heart

Bulletpoints:
• 2. album of this uplifting emotional formation
• Sophisticated concept work with deeply touching songs
( Get to know the whole, profound concept here )
• Music art like literally out of the Post Rock picture book

The second album "Behind The Resilience" is produced by Chris Edrich (The Ocean, Klone, Leprous) and will be available on digital platforms on Sept. 30ᵗʰ, 2021: 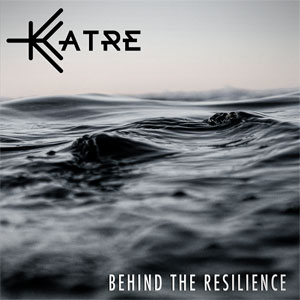 
[ Guitarist Hasan Koç talks about the story of
"Behind The Resilience" ]

Backflash:
KATRE is a four-piece instrumental POST ROCK band formed in 2014 in Berlin. The band takes its name from the old Arabic word katre which means the 'drop'.

One distinguishing aspect of KATRE is that they tell stories with their songs and create concept albums.

Their debut album "Encounters", released in 2017 via Fluttery Records, focuses on the concept of existence, i.e. conception and birth, growth and self-awareness. "Encounters" received a very warm welcome in the Rock scene and has entered at #9 in iTunes Top 200 Releases Rock Chart in Turkey.

Due to civil wars, global warming, political persecution, and starvation, the number of people looking for security is increasing day by day. The latest reports indicate that refugees make nearly 1 % of the world population as of 2021. "Behind The Resilience", the 2nd studio album of the band deals with this topic and tells a refugee story.

In particular, the songs focus on the different phases of refuging, such as the life of this family before the war, the start of the events, escaping, challenges on the way up to Europe, the feeling of being an unwanted person and trying to adapt to a new life.

Samples of "Behind The Resilience" on hearnow

KATRE is available for interviews via phone, Skype & email