MEDIA FEEDBACK:
10 / 10
➤ "Already with the opener 'Rollercoaster' you ask yourself why this band is not actually already much better known. But apparently they flew so far under every radar ... on the silver disc follows one highlight after the other and you do not even know which track you could call a favourite ... so my highlight is the entire album ... a terrific work …"
(AMMO Supports The Underground)
98 / 100
➤ "... a modern production, with many musical structures … influences within Djent Metal such as Progressive Metal, Groove Metal elements and the melodic part of Death Metal … with a very notable line, handling similar scales in several parts, power, strength, distorted guitars and a massive bass that give it a great musical heaviness … catchy and complex in many parts ..."
(Darkzen Dragon)
80 / 100
➤ "Entertaining, brutal, and a big step forward from a solid foundation …"
(Metal Digest)
7,5 / 10
➤ "… a hybrid of violent and clean, catchy choruses, a piano and an orchestral backdrop … pleasant discovery …"
(Book Of Metal)
7 / 10
➤ "... modern Metal, which mostly sprouts in the MeloDeath corner ... some of it reminds of old In Flames ... massive ... stylistic proximity to bands á la Children Of Bodom ... slight hit qualities ... manages this time to keep the quality level of the songs on the complete album equally high ... the tracks all run well in the ear ... should please every fan of melodic death metal with a modern slant ... for the Austrians a good step forward ..."
(Rock Castle Franken)

➤ "... prepare for a musical onslaught ... dynamic ... fireworks ... virtuosic ... exciting leads and pure rawness, while the vocals oscillate between whispers, screams, growls and clean vocals ... the sound of 'Harlequin' is very powerful ... extremely rhythmic and with melodies that seem to come from the most classic books of metal music ... there is no lack of melodic solos that make the album even spicier ..."
(Fuzzy Hound)

➤ "... a very powerful way of playing dominates, peppered with many imaginative guitar riffs, and in addition you can hear mostly ultra-hard growling, which brute plasters the auditory canals ... occasional epic or symphonic sounds complement the powerful tracks, whereby the brutality is somewhat cushioned ... a real recommendation for fans of the harder pace and they should definitely risk an ear here!"
(Metalmamas Neuigkeiten)

➤ "... should definitely find favor in the Metal world ... flexible, well-placed growls, a voluminous sound picture as well as a remarkable guitar work with interesting riffs ... the symbiosis between the Death and Metalcore components, the progressive parts and the melodic passages provides for variety ... definitely genre-spanning recommendable!"
(Metal Reports)

➤ "… talked about as one of the most interesting bands in the Austrian Metal scene, and after hearing 'Harlequin', I can say I agree … early In Flames meeting with more modern progressive Melodic Death … the band does great in every respect …"
(The Murder Inn)

➤ "They define themselves as Modern Metal, present melodic elements, heavy riffs, and progressive moments, which make them sound interesting and something different … recommended …"
(Riff Of Metal)

Bulletpoints:
• New album from one of the most independent Austrian acts
• Complex influences from Groove & Core Metal to Djent
• Dark atmospheric & moving songs with depth effect

IN SOMNIA comments about the "The Void" video:
"Trapped in the depths of being, a person will find neither material nor spiritual content to fill his inner void. The taste becomes pale and more is never enough. The arm of the righteous is able to pull us into the depths, as priorities seep into our lives under the guise of satisfaction. The true meaning of our existence remains hidden from us. The time we have is already forfeited."

The formation comments about the "Breathing Soil" video:
"The track describes the worthlessness of words as they only serve to vibrate the air and that a thinking and reflecting person carries words in itself, but these are not audible, because his/her lungs are filled with the dirt of others."

The band comments about the "Crossing Styx" video:
"The song was written in the affect of loss in just one day. Contrary to the manifold convoluted lyrics of the rest of the album, it was important to reduce the lyrical output to a minimum, because the music should speak. Considering the subject, one would probably expect a more somber track, but it reflects exactly the emotion felt on Jan. 4th, 2021."


IN SOMNIA comments about the "Guillotine" video:
"This song compares modern society to a guillotine. Despised and rejected by those whose horizon ends at the retina - a song for all free spirits, for all mentally abnormal and accordingly sentient beings ..."


IN SOMNIA comments about the "Rollercoaster" video:
"We are honoured to release the first single from our album "Harlequin". Like the song, the video is also about the fight against one's addiction. In this vivid portrayal, Harlequeen (Karin Glinzner) tries to escape Habit (Alexander Eder), but as often happens in real life, this attempt fails and a certain sense of well-being in the all-too-familiar state of intoxication sets in. The song revolves around the fears and the train of thought of an addict who knows where the path taken leads, but is stuck in the prison of his own mind and perceives the situation as hopeless. Ultimately, the video allows for different perspectives and conclusions in an intentional way."


IN SOMNIA is a PROGRESSIVE MODERN METAL quartet from the picturesque Tyrolean mountains, blending influences from all modern Metal styles into a unique, dark sound. 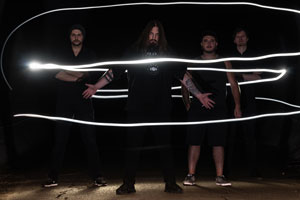 
While the lyrics deal with traumas and philosophical thoughts, the instrumentation is catchy and complex at the same time.
With the support of film music composer Christoph Manucredo, the ambitious visionaries have managed to combine brute force with a certain gloomy atmosphere, which flows into the diverse overall sound through the Groove and Core Metal influences of drummer Dominic Granegger and Djent influences of bassist Florian Bacher.

On the third album "Harlequin", the two virtuoso guitarists Andreas Wibmer and Simon Andreas Brunner alternate between heart-wrenching leads and pure rawness, while the vocals oscillate between whispers, screams, growls and clear vocals. 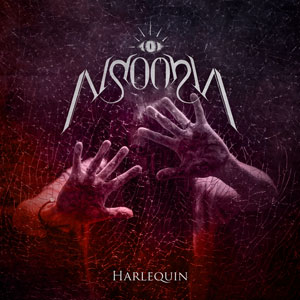 
When you absorb the complex music of IN SOMNIA, you hear and feel an honest soul trip. A profound experience, therefore, that reveals the thirst for newness and change so courageously that it is able to create a critical mental state.

After all, the participants are by no means beginners anymore, can show an average of 16 years of experience on their instruments. IN SOMNIA are the art, they roll with the Tauernwind!

The other side of the coin:
These thinking musicians have found a way of self-healing that is as individual as it is artistically special. A way in which they get rid of all negativity in life by simply letting it flow into their music.
Most of the songs on "Harlequin" are based on true stories, true emotions and true pain.

IN SOMNIA are artists who paint pictures of their unique world in the air and in the hearts.

IN SOMNIA is available for Interviews via Phone, Skype & email