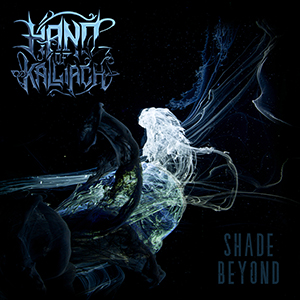 90 / 100
"… very beautiful … plays with varying degrees of power, aggression and threat … can easily captivate …"
(Musika BE)

9 / 10
"… simply indefatigable … dark, undulating, homogeneous … holds bizarre surprises, whether it's a Black Metal insert, an unexpected drum theme, an instrument unrecognizable to the untrained ear … I really hope that this twenty-three minute EP is just the beginning of what the Scottish duo have in store for the Metal scene."
(Rozsdagyár)

4 / 5
"… infectious … keeping your body in a state of continuous motion, as the pulsating energy reaches the very depth of your soul … invigorating freshness … get 'Shade Beyond' in your ears!"
(Fjordhammer)

8 / 10
"Take equal parts Sojourner, Saor and Windfaerer and that gets you into the general area … grows on you after repeated listens … a solid start and has a promising future ahead of them."
(Folk Metal NL)

8 / 10
"… a sound of their own … production sounds very professional … very great sounding atmospheric and melodic mixture of Folk, Black and Death Metal …"
(A Different Shade Of Black Metal)

8 / 10
"No two songs on this album sound alike; each has its own atmosphere, charisma, melody and can convince me right away ... an energetic work ... exciting ..."
(KOBZR Magazine)

70 / 100
"… the atmosphere and the melody are mixed in a nice way with the most extreme character of the compositions, whether it is manifested in the music or in the vocals … creating a beautiful headphone contrast."
(Greek Rebels)

"… HAND OF KALLIACH does a tremendous job at keeping that energy, power, and all the sensations that a rock-solid work of Folk Metal needs in order to succeed where many others might slack to help make 'Shade Beyond' not only an interesting debut but an immensely promising one at that."
(Head-banger Reviews)

"… Gaelic and Celtic overtones that can be normally heard in traditional Scottish Folk Music and blend it with Epic Metal sounds … incredible range of Folk and epic Metal production … distorted guitars and incredible growls performed by the husband, balanced with the orchestral softness in the background and the wife’s almost faerie-like vocals is an enchanting listening experience."
(Miss Mephistopheles)

"… brute and independent … you can almost feel the cold, whipping wind on the Scottish coast in your living room! … like Primordial, Cruachan or Waylander … very interesting …"
(Crossfire Metal)

"… one hell of an enjoyable surprise! The gaelic/celtic elements provide a larger-than-life sense of melodic intrigue, and the dual vocal approach allows for a notable level of dynamism and depth … there's a little Death, a little Folk, and even a touch of Hardcore grit … I'll be throwing 'Shade Beyond' on repeat."
(Sleeping Village)

"… like catapulted to the Middle Ages … with bewitching and catchy melodies … varied and very rich musically … a very good discovery … to be followed very closely … I will not be surprised to find them quickly signed on a label for a next album … I recommend this band to the fans of bands like Insomnium, Eluveitie or Leaves' Eyes."
(Metal Alliance)

"Album Of The Week … blending Death Metal with plenty of melody and Celtic folk components to create something exceptional and unlike anything else … give this independently-released debut EP a shot and see for yourself just how eclectic and satisfying our subculture can at times be! Be sure to follow …"
(ViaOmega)

"… if you love the darkest edges of the Metal genre and want something different I strongly urge you to check out this unique band with a unique vision that they will not compromise on."
(#560Reviews)

"An amazing work, personal and convincing, extreme and atmospheric with Folk parts reduced to the essential and, above all, performed by electric guitars with minimal inserts of other instruments … if you want a comparison on the way to compose and insert these parts, the Irish Primordial come to mind. Hand Of Kalliach prove to have a great potential and give us hope for future productions."
(The Murder Inn)

"... definitely interesting for fans of any kind of Black Metal, but should probably appeal to one or two other listeners from other genres as well."
(Soundmagnet)

"… unique sound and unique atmosphere … creating an atmosphere with many layers and at the same time many effects that we cannot hear every day … atmospheric black … modern metal effects … neo-folk … industrial dark-wave and dramatically theatrical melodies … like a bridge we can walk between the magical melodies of the present and the past."
(Fémforgács)

"… one of the most interesting debuts this year … the five songs on this EP have a completely different character, and that makes their proposal attractive for young and contemporary audiences, even to the point that it can be played on radios."
(Conexión Rock HN)


Husband and wife ATMOSPHERIC CELTIC METAL duo HAND OF KALLIACH meld a passion for Metal music with traditional Scottish folk elements. Instead of using traditional instruments they draw inspiration from the rhythms, time signatures and patterns used in folk music and adapt them for distorted guitars:

"We’re both extremely excited to be releasing our debut full-length, 'Samhainn'. Named after the ancient Celtic festival of winter (pronounced ‘Sah-win’), this album represents a huge gear change in our writing and production from our initial work, bringing a darker and more aggressive energy to our hybrid sound of Melodeath and Folk Metal." 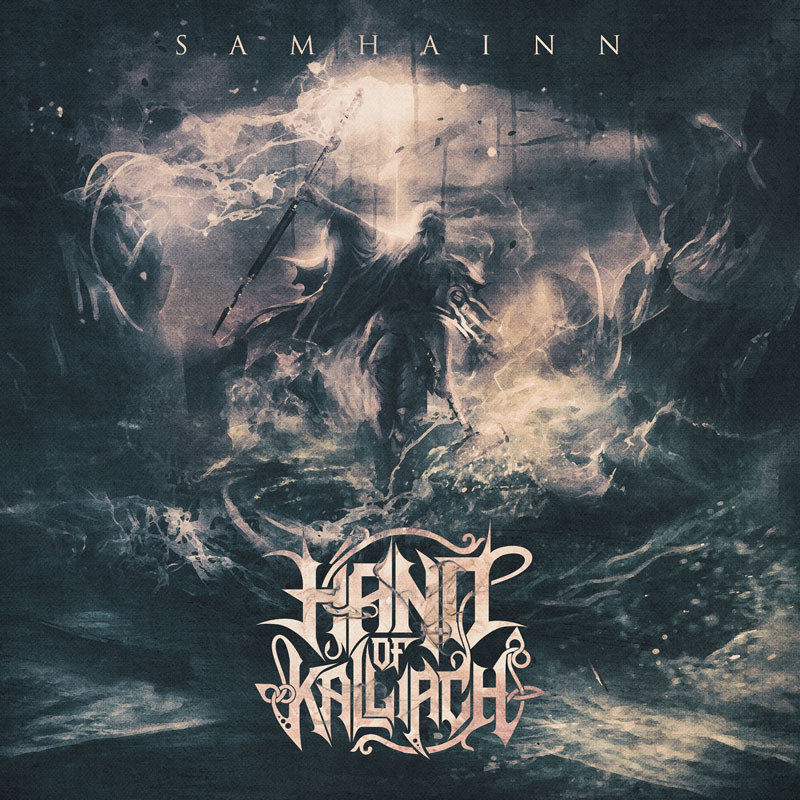 The name HAND OF KALLIACH, comes from the legend of the 'Cailleach', a Scottish witch god of winter - and in mythology one tale holds that she sleeps at the bottom of an enormous whirlpool in Corryvreckan, off the western isles of Scotland where John's family is from, arising to usher in winter.

HAND OF KALLIACH's music focuses on dual concepts of benevolence and malevolence, all against the backdrop of the history, mythology and land/seascapes of the Scottish islands.

The duo delivers a powerful sound from the contrast of Sophie’s ethereal vocals to John’s harsh gutturals, and the dynamic surrounding instrumentation. Intense distorted guitar and bass tones ground the music while haunting melodies and motifs break through the wall of sound. 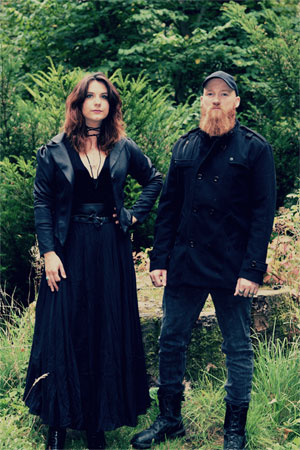 "Samhainn" is an epic release creatively reimagining the folk style with a powerhouse of Melodic Metal. From the haunting opening of "Beneath Starlit Waters", to the darkly serene soundscape of "The Lull Of Loch Uigeadail", before concluding with the dramatic intensity of "Return To Stone", "Samhainn" is a voyage of discovery not to be missed.

BACKFLASH:
Hailing from Edinburgh, Scotland, Husband-and-wife two piece HAND OF KALLIACH arose in December 2020 with the launch of their fascinating debut EP, "Shade Beyond".

As their touching eclectic ATMOSPHERIC CELTIC METAL sound is defined by distilled Scottish, Gaelic and Celtic overtones, blended with a poisonous Melodeath Metal foundation, it was picked up very quickly by stations and playlists as 'January's Band Of The Month' on the Midnight Hour show on Metal Meyhem Radio.

The tracks of "Shade Beyond" range in atmosphere from the charged energy of "In Tempest Wrought" and "White Horizon", to the raw aggression of "Fathoms" and the darker intonations of "Fàilte", and to the more classic Metal punch of "Overwhelm". 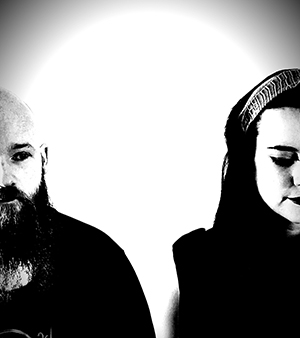 The overwhelming mixture of the multi-talented pair is truly as unique as it is hypnotic - just dare to imagine a deeply lovely voice like Sarah Brightman's, as in "White Horizon," where the vocals then soar into gripping epic visions of world escape!

HAND OF KALLIACH is available for interviews via phone, Skype, Zoom & email