"With a pounding, strident new single 'Revenge', Turin's GRAVE-T continue with their impressive Alternative Rock moves started with 2020's 'Silent Water' album. 'Revenge' is a dynamic slice of Hard Rock / Alternative Rock with thunderous drums, stomping bass, fiery guitarwork and assured vocals; a fine single indeed, hopefully leading to another full album at a later date. With new material promised in the near future, GRAVE-T are a band to look out for in 2022!"
(Ballroom Blitz's Man At The Back)

"… has a subtle proggy aroma … tells us that they have serious arguments in their lyrics that talk about pollution, loneliness, freedom and everything in it in a poetic context …"
(Senderos Del Rock)

Bulletpoints:
• New, massive pounding single of these promising Italians
• Highly dynamic Hard Rock with no lack of lively facets
• Original, refreshing and empowering sound fully of it's own

GRAVE-T delivers highly dynamic ALTERNATIVE HARD ROCK - each song is driven by serious arguments such as pollution, loneliness, freedom etc. and mixed with poetry ... musically it is the bands aim to explore each shade of Rock music by not having limits. They don't want to belong to one genre - they want to go further! 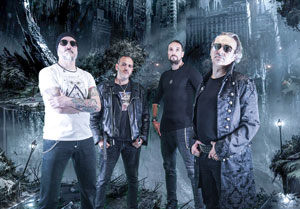 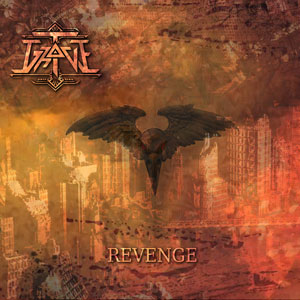 BACKFLASH:
It was around the end of 2014 that the former members of GRAVE-T started to jam with the aim to start a Stoner Band. So while they were jamming what was coming out was a mixture of different styles, that brought to the name of GRAVE-T - it stands for Grave Torino, the city they all live in. A city with a great past in the musical scene that suddenly changed into a mere electronical and poppy musical area even though the city still has a great Black Metal scene. It is however the hardcore movement that gave Torino its underground splendour.

It was their aim to write a story by putting all their roots together and started working on the concept EP "Silent Water". Each member has a different musical background covering genres like Blues, Grunge, Hard Rock, Death/Black Metal, Punk and Hardcore.

In 2018 GRAVE-T decided to enter the studio for the recording of "Silent Water" which was recorded and mixed at Snooky Records in the homebase Turin.

Nearly by the end of the mixing and mastering process bass-player Alessandro Ferrari left the band for personal reasons and they were forced to cancel some dates that came up at the time. After months of research, Adriano Serafini joined the hard rockin' bunch, which now has the current single release "Revenge" on the go and is already writing new material.

GRAVE-T is available for interviews via phone, Skype, Zoom & email